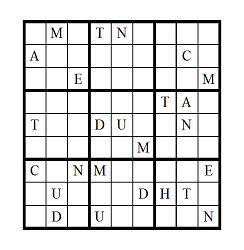 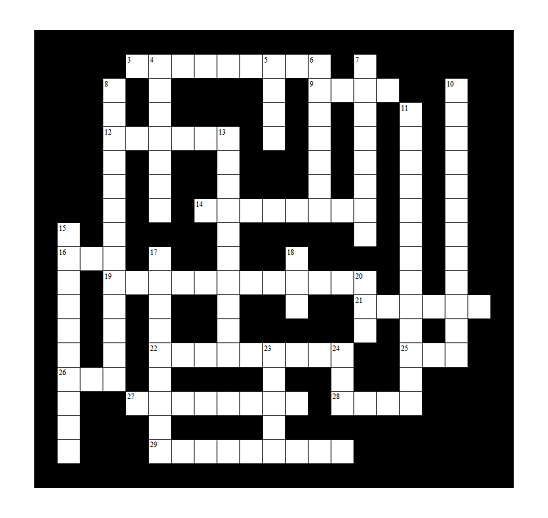 Across
1. Achieved acclaim by being knowledgable about strange apron (3, 6)

Down
2. Explode asteroid five to refrain from inactivity or evade others (5, 4)
23. Clip, rewire, curtail current, repeat (5)

Currently the sudoku clues are UNMATCHED, and there are 7 possible "solutions"

I was going to just give the hint "Where do 1 across and 1 down go?", but realised I had made an error - I just edited the numbers of all the clues to be one greater than listed except 1 across (I had edited these on the day I posted due to comments about crossword numbering convention). This hint is therefore even greater (but it's my own fault of course!). Now...
"Where do 1 across and 2 down go?"

The partially solved sudoku in the community wiki post at present is: 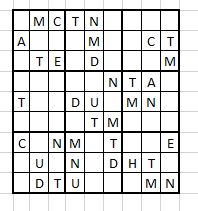 Here's some closure for why that one specific Sudoku board state is the correct one.

For each string, remove duplicate letters.
So we have $\text{UNMATCHED}$ and $\text{ENSUIGLOC}$
Next, order them. We get $\text{ACDEHMNTU}$ and $\text{CEGILNOSU}$

which is equal to $\text{clues}$, and therefore "unmatched". We'll match it soon. 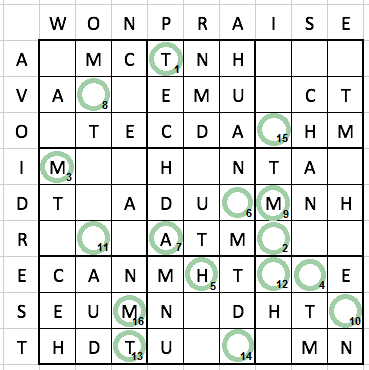 We can then attempt to fill these in if we also apply the bijection to the Sudoku grid and also with how words are constructed in English. Between the $\text{C}$ and $\text{N}$ only has these as possible letters $\text{{E,I,O,U}}$. The only one that fits in the Sudoku is $\text{O}$.

Mapping the letters back to the Sudoku grid, we can solve it and mark the previously posted solution as the "single conclusion".

Pieces of the puzzle in the order presented, as solved here and in other posts 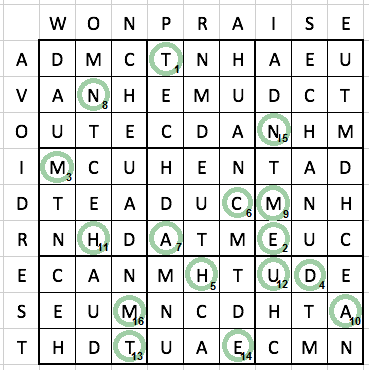 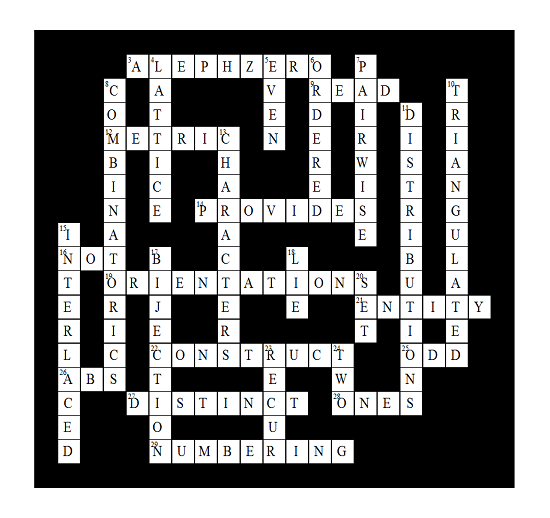 1. Achieved acclaim by being knowledgable about strange apron (3, 6)
Won praise ("wise" around anagram of "apron")

Abbreviation for value disregarding sign of six pack? (3)
26 across. Abs (double definition)
Differentiable group three hundred and seventeen head over heels (3)
18 down.     Lie (317 upside down)
Invert stripped hypnotist (3)
16 across. Not (hypNOTist)
Not even unusual? (3)
25 across. Odd (double definition)
Sequence of games forming part of match with southern alien (3)
20 down.     Set (S+ET)
Synthesis of Tritium, tungsten, and oxygen into smallest sized compound (3)
24 down.     Two (T+W+O)
Never say it backwards without right for level ground (4)
5 down.     Even ("never" backwards without R)
Plural singular belonging to yours truly! (4)
28 across. Ones (double definition)
Scan again partly increments (4)
9 across. Read (re+ADds)
Being something? (6)
21 across. Entity (double definition)
Measure core income trick (6)
12 across. Metric (incoME TRICk)
Between the menu and the meal one thing goes before another! (7)
6 down.     Ordered (double definition)
Finitely generated free abelian group spanning real space tart's holey top? (7)
4 down.     Lattice (double definition)
Mistakenly disprove supplies (8)
14 across. Provides (anagram of "disprove")
Take all unordered 2-subsets of a set by transforming a savvier transcendental ratio (8)
7 down.     Pairwise (anagram of "a wiser pi")
Used to smell rotten they say it's certainly unmistakable (8)
22 across. Distinct (sounds like "This stinked" (sic))
Beer of infinite acidity, “infinity plus one” (5, 4)
3 across. Aleph zero (ale+pH zero)
Create cut corn mess covering street (9)
22 across. Construct (anagram of "cut corn" around "st")
Ordered classification of Cockney girl in process of losing sense (9)
29 across. Numbering ("er" inside "numbing")
Map to and fro adds charged particle to information about limitless projector (9)
17 down.     Bijection ("bit" around proJECtor plus "ion")
Pigeon-holed personalities in deluded chart races (10)
13 down.     Characters (anagram of "chart races")
Staggering credential was woven (10)
15 down.     Interlaced (anagram of "credential")
Adulterating awkwardly yielded location from angles (12)
10 down.     Triangulated (anagram of "adulterating")
Introductions for diminutive Asian as new leader of nations (12)
19 across. Orientations (orient+nATIONS)
Reason following headless fellows litigating against journal of ship 99 (7, 5)
$\unicode{8216}\rm remainder\unicode{8217}$. Ensuing logic (men without M+suing+log+IC)
Confused, blind tourist is short by fifty for generalised functions (13)
11 down.     Distributions (Anagram of "blind tourist is" without L)
Study of arrangements of deranged, manic robotics (13)
8 down.     Combinatorics (anagram of "manic robotics")

Edit: From my (Jonathan Allan) notes: 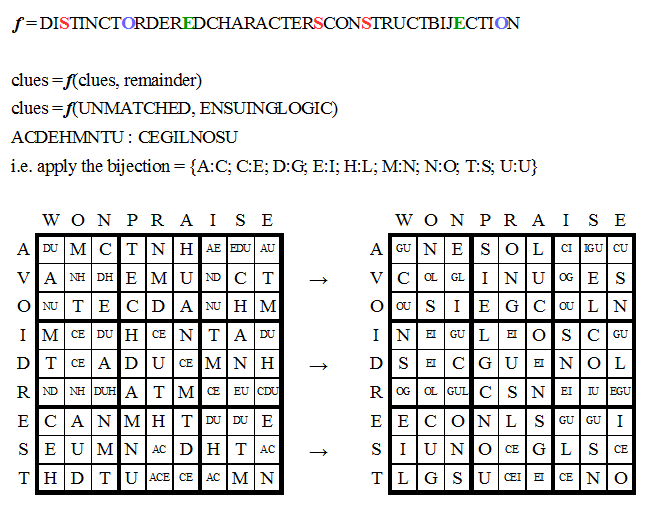 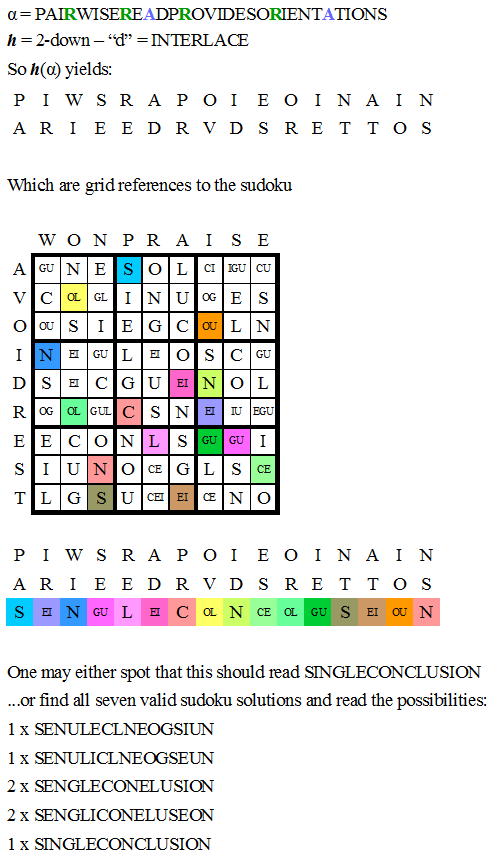 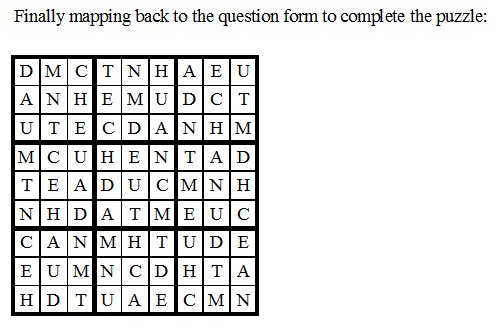 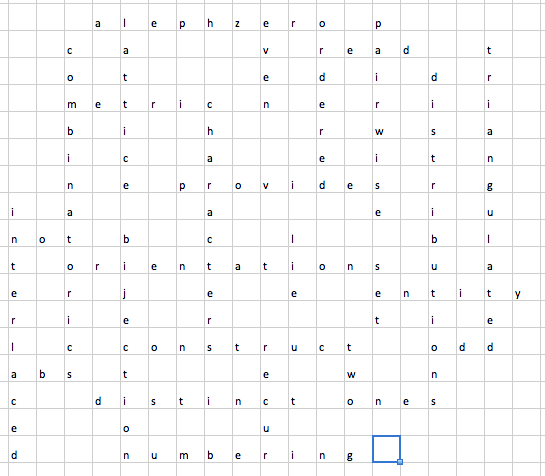 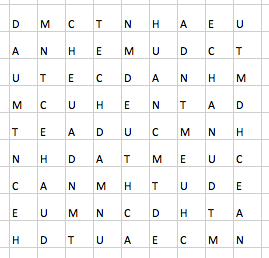 1 Across: Achieved acclaim by being knowledgable about strange apron (3, 6)

2 Down: Explode asteroid five to refrain from inactivity or evade others (5, 4)

Sequence of games forming part of match with southern alien (3)

Synthesis of Tritium, tungsten, and oxygen into smallest sized compound (3)

Never say it backwards without right for level ground (4)

Even ("never" backwards without R)

Plural singular belonging to yours truly! (4)

Between the menu and the meal one thing goes before another! (7)

Pairwise (anagram of "a wiser pi")

Used to smell rotten they say it's certainly unmistakable (8)

Ordered classification of Cockney girl in process of losing sense (9)

Bijection ("bit" around proJECtor plus "ion")

Introductions for diminutive Asian as new leader of nations (12)

Confused, blind tourist is short by fifty for generalised functions (13)

Distributions (Anagram of "blind tourist is" without L)

There is no space for the (7,5) clue; 1 Across, and 2 Down have been confirmed as being around the sudoku as per Dan Russell's post. 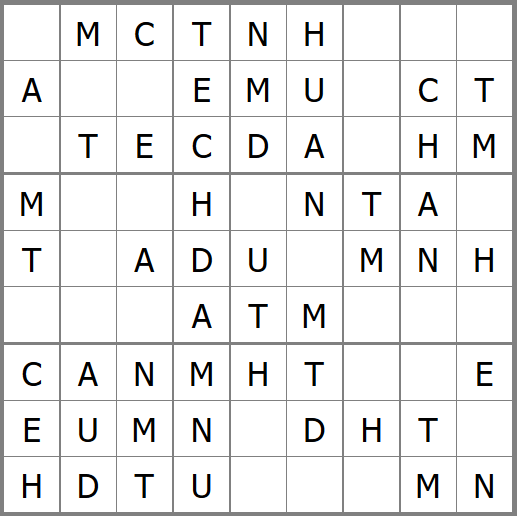 Building on Wesley Situ's good work on the Addendum:

Splitting the first addendum string into the specified number of characters, and taking answers from the crossword of appropriate length as possibilities, we get

And then using the greek characters as simple substitutions narrows us down to the correct series of words:

Applying the same technique to the second series of Addendum characters yields:

Perhaps the locations of 1-across and 2-down are

around the Sudoku rather than the crossword. 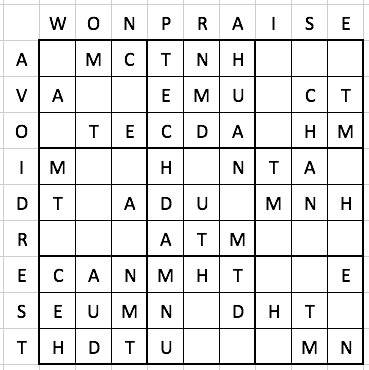 And given that the letters used in the sudoku can spell (as in hint #1):

UNMATCHED, perhaps the 1-across and 2-down answers were intended to lead us to the correct sudoku answer rather than one of the other 6 possible solutions.

Just putting some more thoughts out there in case they might spur anyone forward:

Based on what I wrote in the community wiki, we have a couple clues from the Addendum. The function called $\mathcal f $ comes out to DISTINCT ORDERED CHARACTERS CONSTRUCT BIJECTION. Since we're told that $\text{clues} = \mathcal f(\text{clues}, \text{remainder})$, and the most obvious choice for "remainder" is the answer that we haven't used yet either in the crossword or wrapping the Sudoku, ENSUING LOGIC, then perhaps we need to apply those instructions to that clue. One attempt:

Not sure where that gets us. The second addendum clue, $\alpha$, works out to PAIRWISE READ PROVIDES ORIENTATIONS. We're told h=15d-d, which could be INTERLACE (15-down INTERLACED - D), and then to apply h to $\alpha$, so perhaps we need to mess with INTERLACE.

At the same time, there's a lot of overlap in the letters of WON PRAISE AVOID REST and PAIRWISE READ PROVIDES. Perhaps comparing these sets will be fruitful?

No one has posted about the clues in the Addendum, so here's my take on them in hopes that others might find a connection between them and the Sudoku puzzle.

The greek symbols and question marks don't make any sense to me, but following the convention of the crossword puzzle clues, the numbers that follow denote the number and the length of the words.

For the function f, we have (8, 7, 10, 9, 9). Using the solutions to the crossword clues, we can put together something like "provides ordered characters numbering bijection". I'm not exactly sure what the correct combination is between the available words, but I think that would lead us to what we would need to get from clues and remainder

For the function h, I think 15d -d translates to crossword word 15 down, which is interlaced and subtract the d, so the function would be interlace

From α, (8, 4, 8, 12) might translate to something like "distinct even pairwise orientations". Using the function h, interlace them for another clue. 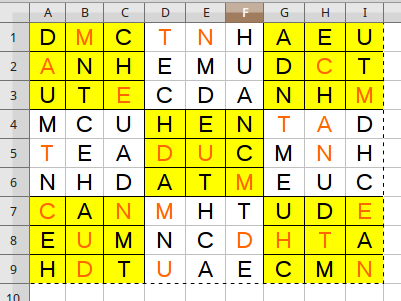 Not the answer you're looking for? Browse other questions tagged mathematics sudoku cryptic-clues cryptic-crosswords metapuzzles or ask your own question.