The mystery of the Samurai

In the year 1612, the famous samurai Miyamoto Musashi fought against Sasaki Kojirō, in the famous duel of Funa-jima.

Miyamoto killed his opponent who, shortly before his death, gave Miyamoto a strange piece of paper.

Sasaki said to Miyamoto that he had received it years earlier from a strange old treasure hunter; the hunter confessed that he had buried all the treasures he'd found in his long life, but it would not be easy to find them. Sasaki also said that he'd never understood the meaning of the paper.

Miyamoto died many years later, but the message still remains a secret to this day.

Where the treasures are buried?

Try to resolve before the first two horizontal rows; after 'rotate' the grid of 90° and try to solve the other seven 'vertical rows'...

The colors aren't relevant for the solution, image the cells with binary code... 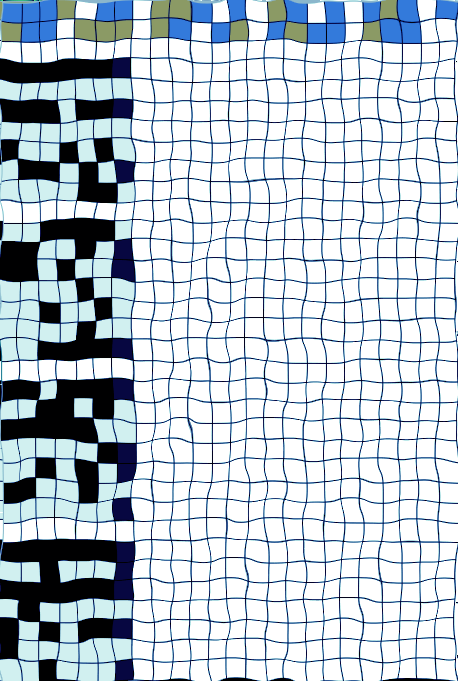 Morse code (blue is dot, beige is dash):
The top line is Vigenere
The bottom line is Donald, which I'm guessing is the key for the Vigenere cipher

The four squares below:

Rotate 90 degrees, so that the binary representations read left to right, which gives:
R1MuUEhTSkVTDQpPRE4uR0RXT0RV
Decode using Base64 to get:
GS.PHSJES
ODN.GDWODU
Then apply our Vigenere decipher with DONALD as the key to get: DE.CHHGBE
BDC.DAIBDJ
Taking A=0, B=1, etc., we get coordinates: 34.277614, 132.308139

The treasure is buried by

Mt. Misen, on the island of Itsukushima in Hatsukaichi, Hiroshima, Japan

The first two lines are

I tried to manipulate the four 7x7 squares by

rotating them 90° and converting each 7bit segment into ASCII, which does not provide much:
T ? R V
R ? R X
R # 4 u
D ) p P
S 5 V T
U # h T
R ? M u
Question marks are non-printing characters. And all non-alphabetical characters cannot be vigenered ...

Not the answer you're looking for? Browse other questions tagged visual cipher geocaching or ask your own question.