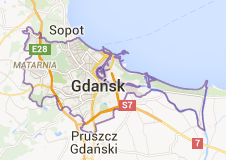 23
The Knight of Words
6
Actual Movie Haikus: I'm sorry, Father / I should not have run away / I will avenge you
3
who are you going to call?
10
A river runs through it. Do you copy?
4
Lost are your hopes, yet this is what you were looking for
4
Can you solve this cryptic crossword clue?
7
Can you find the missing words? 7 anagram puzzles
23
Starry Knight, or Crazy Heights
8
An Anagram Tribond: You can love it, or not