What is the maximum number of empty 3x3 blocks a proper Sudoku can have?

It is possible to have a proper Sudoku with one empty block (consisting of 3x3 cells). The trivial (and very boring) example would be a puzzle where all other cells are given.

It's impossible to have a proper Sudoku with an empty chute (a band of 3 blocks), since units within the chute that are aligned with it, could be swapped around while the puzzle remained valid. So we need at least three non-empty blocks.

But what is the maximum number of empty blocks a proper Sudoku can have? I don't think I've seen Sudoku's with more than one block empty; is this even possible?

A standard Sudoku consists of 81 cells in 9 3x3 blocks. Those 9 blocks live in 6 chutes; 3 bands (horizontal) and 3 stacks (vertical).
A block is a unit; other units are rows and columns.
For chutes and other terminology, see this glossary.

Four is provably the least number of empty boxes. I will proceed to demonstrate this here.

Start by defining a 3x3 block on the Sudoku grid. This has no restrictions, as all the numbers are currently interchangeable without issue. From here out, I will refer to the purple boxes as "odd" boxes, and the green ones as "even." The images were generated using a Sudoku solver, so I trust the listings of possibilities. 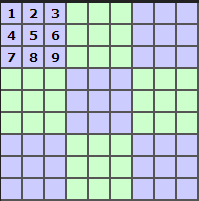 We want to create a sequence of squares which will fully define other squares. We know a couple important properties:

I also assume the following vernacular:

We want to demonstrate that it is impossible to fully define the remaining five boxes with four others. To do this, we need to show another couple properties:

Because the order of the columns is trivially irrelevant, as is the second selected box, we fill in another box as such: 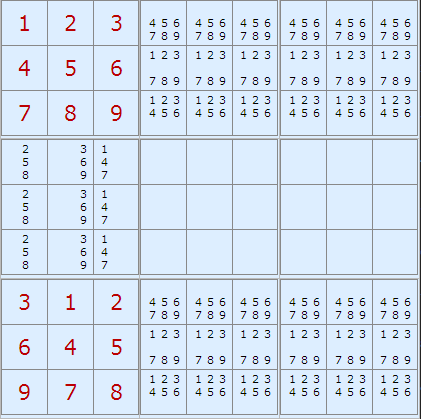 We can see that no matter which three boxes we select, the numbers must fall along a diagonal. As a consequence of two boxes being collinear, the possibilities of the target box must be inherently limited to the diagonal. The possibilities in each column are such that, horizontally, they are unique, and vertically, they are distinct. This proves the first lemma.

Thus, the maximum solution to this situation is to place two numbers in a row to cancel two possibilities. The sudoku puzzle we currently have is: 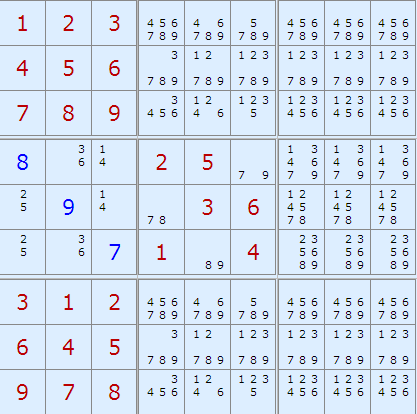 None of the remaining numbers in the third box are relevant to those in the second. Therefore, as this situation has trivially covered all permutations, the second lemma is (admittedly, intuitively) proven.

Now we can actually move on to demonstrating why five empty boxes is impossible.

To execute this proof, I will first prove that all four boxes must fall on odd squares. Once that is done, I will prove that under no configuration of boxes in odd squares can a functional Sudoku be achieved.

As a result, we can conclude easily that at least two boxes must not be on the edge squares.

This is a point useful to demonstrate with an image: 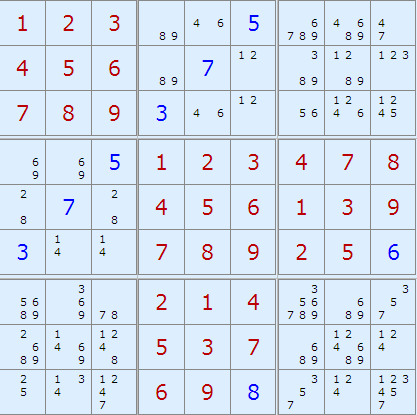 Note that even though we now have the diagonals on two boxes, we only have $1\frac{1}{3}$ of a definition for the surrounding boxes. Thus, we cannot continue.

As a result of these three cases, it is clear that all four boxes must lie on the odd spaces - the corners and center.

To see why it is possible to have four boxes unsolved, this puzzle is trivially solvable: 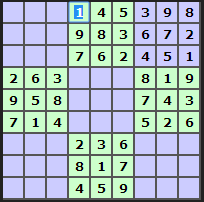 You can have four $3 \times 3$ blocks empty. I took the example from Wikipedia, blanked four blocks to get the below, and it solved easily. I would be surprised but not shocked at five. 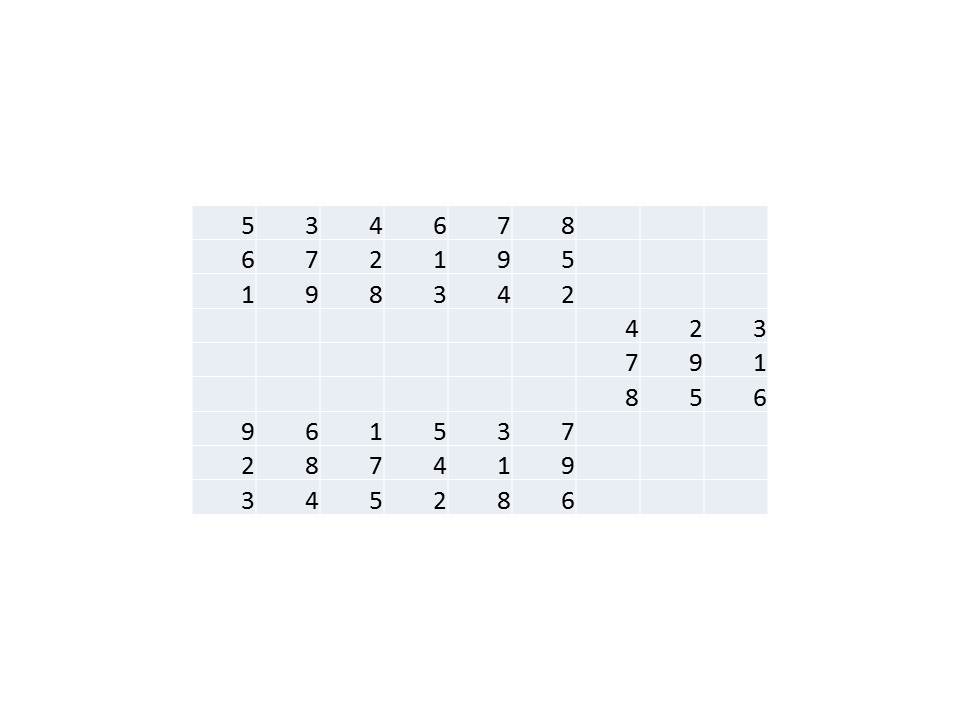 Wikipedia has a good discussion of this. However, given the sheer size of the number of possible puzzles, it's not yet known whether the below puzzles can do better.

The largest rectangular orthogonal "hole" (region with no clues) in a proper sudoku is believed to be a rectangle of 30 cells (a 5 x 6 rectangular area). One such example is the following with 22 clues: 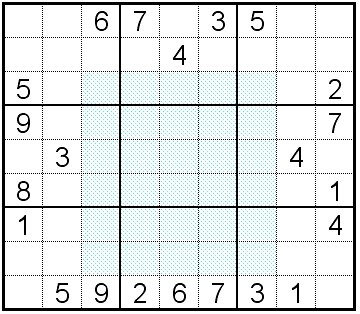 The largest total number of empty groups (rows, columns, and squares) in a sudoku is believed to be nine. One example is the following; a sudoku which has 3 empty squares, 3 empty rows, and 3 empty columns and gives 22 clues. 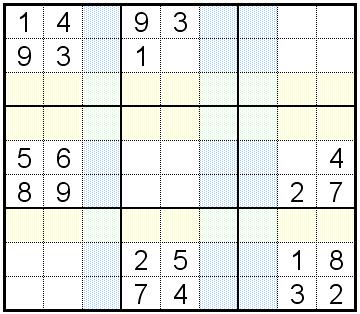 58
What is the maximum number of solutions a Sudoku puzzle can have?
2
SuDoKu Unique Rectangles and the "2 blocks" rule
14
Write digits 1 to 9 in the table, each pointing to next 3x3 grid
37
Sudoku net that is always solvable
3
Unsolvable sudoku net with maximum blocks
10
RELATIONS: Introducing the Sudokross
7
Maximum number of disjoint clue-sets that determine the same Sudoku solution?
4
Was "Crook's algorithm" for Sudoku really only developed in the 21st century?
4
What is the maximum number of numbers a sudoku can have and have more than one solution?
23
What if I told you that guessing in Sudoku is very bad and might give you a bad karma?