I want to know his secret. Badly

I am currently being held in prison under false accusation of murder, but do not worry about that, my lawyer will soon make things straight. If I write to you today is for another case: my cellmate just died last night while sleeping. It’s not that strange though, as he was an old man, somewhat deranged and he spent much time in prison. However, he told me a few days ago that he found a valuable secret, and he would keep it to himself. I thought I should investigate to find out about that secret, and just before they carried his body away, I managed to take his personal diary.

I tried making sense of his writings, and one thing I spotted is that he made great deal of a new friend of his, related to the secret. Here are a few examples: 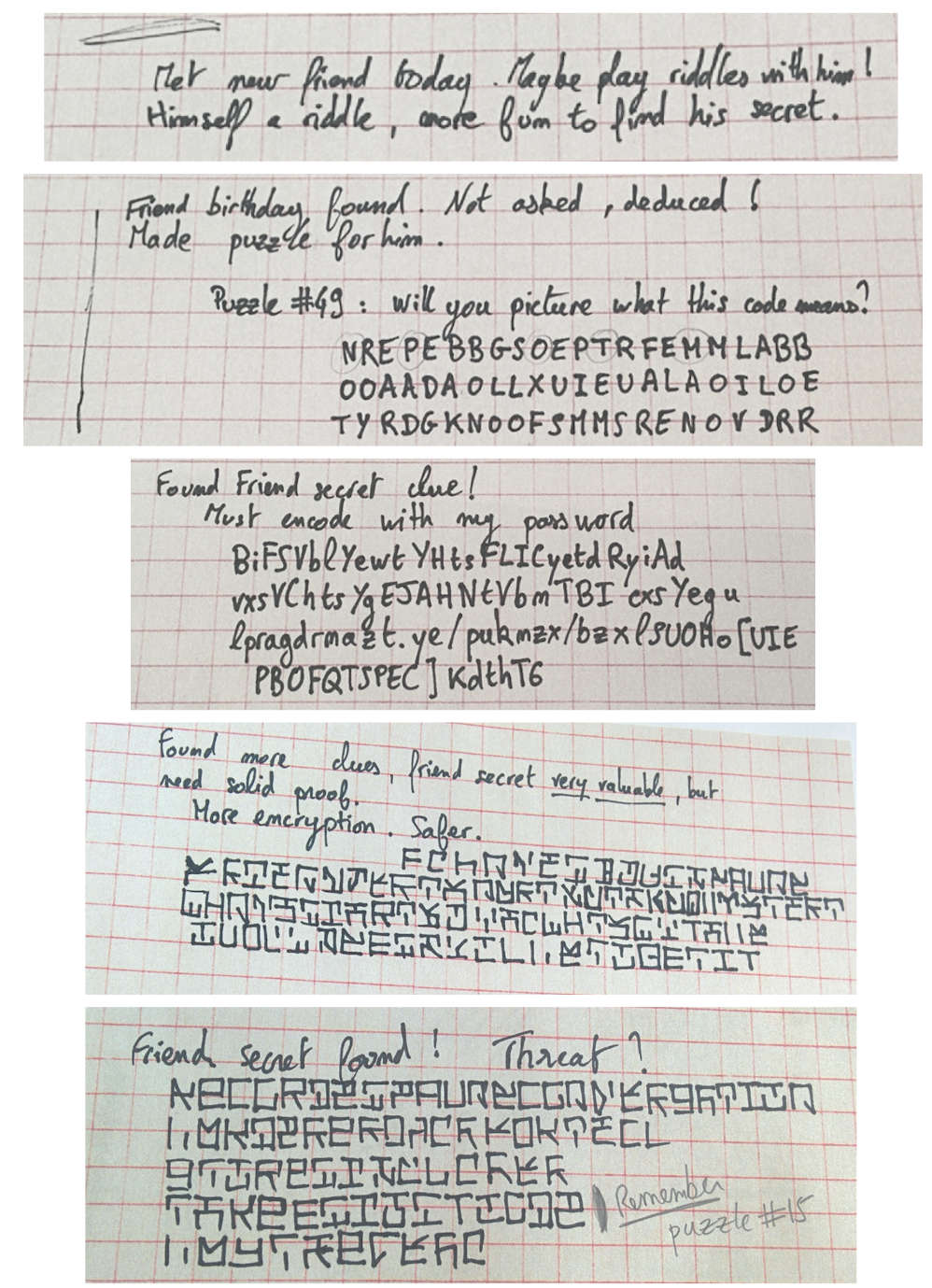 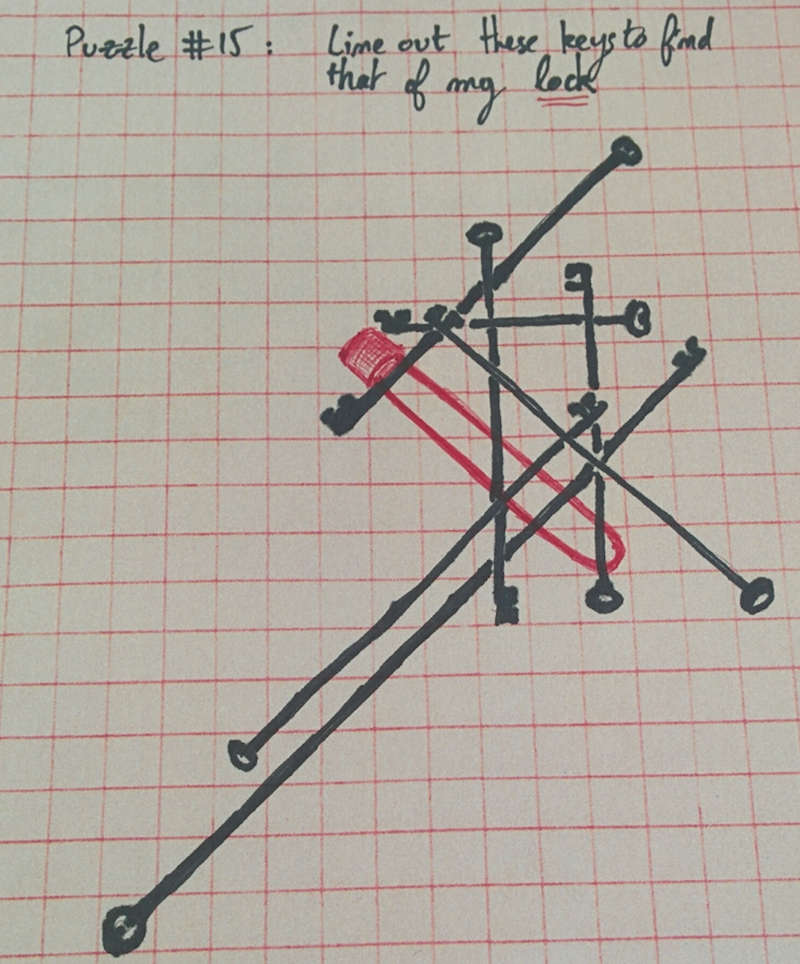 In the diary, there are a ton of other games, cryptic messages, wordplays, etc. He loved talking in riddles and that would make people uncomfortable. For instance, the first day I arrived in the prison, he gave me this: 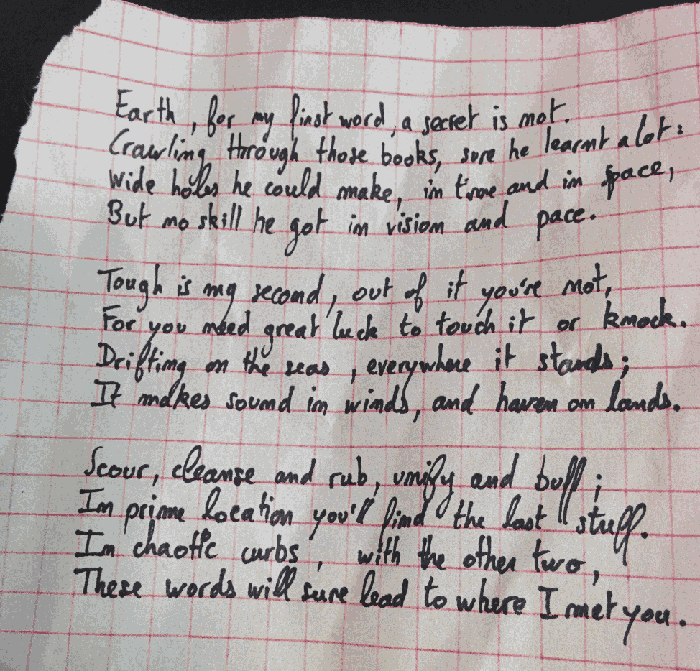 Well, that's not my cup of tea. And that's nothing compared to his diary. By the way, that contained an extra sheet: one piece of London's tube map (why would he need it?) with an ugly drawing on the reverse. 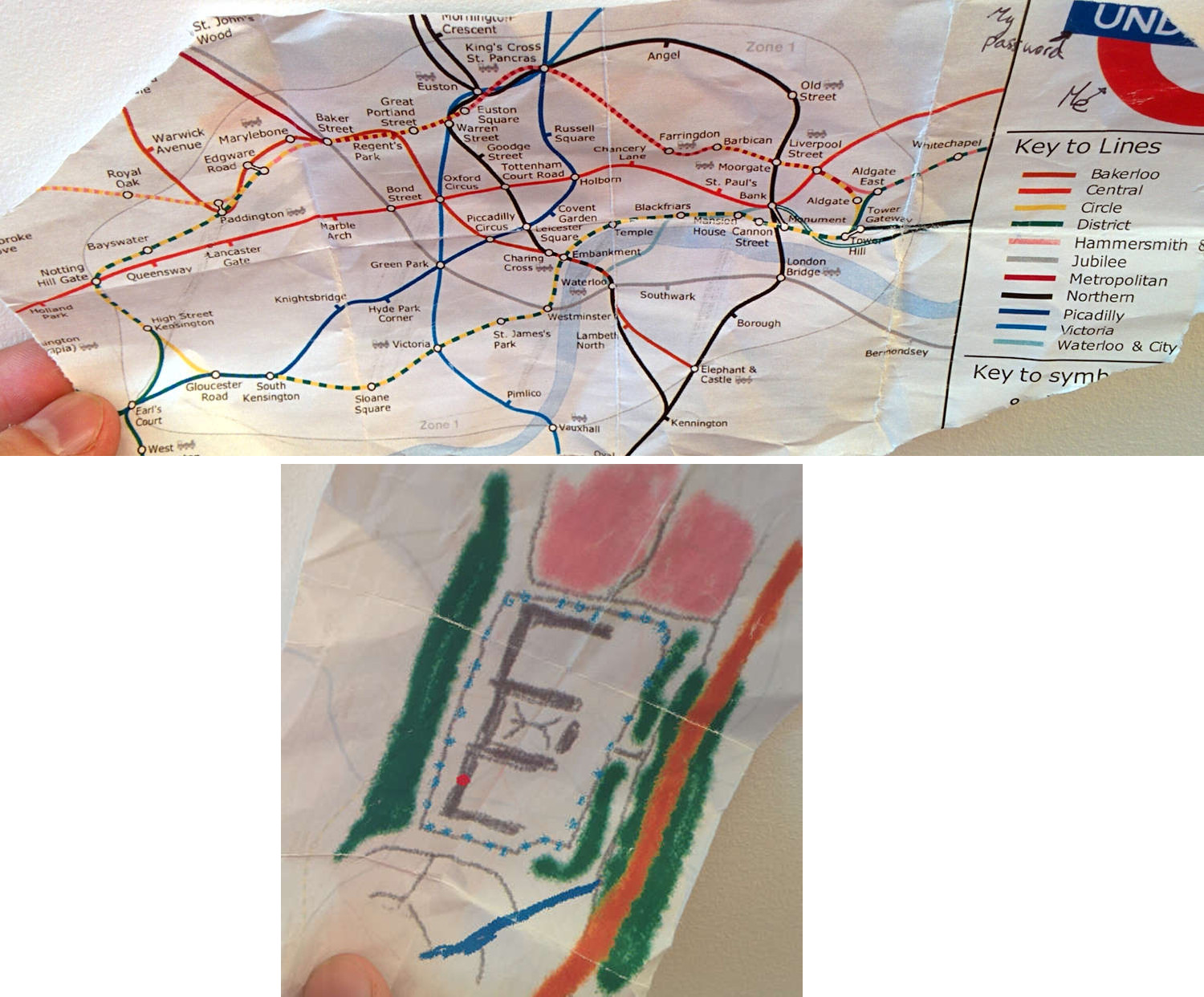 If you help me find out I promise to share the value of that "secret". But hurry! I'll soon get out of prison, and you may need me here for new clues. I'd really like to find his secret.

I see people are making good progress here, but it looks like that tube map was important. It must have some use in understanding the puzzles.

Sorry to say the same thing again, but it really looks like the map is important, and I feel there still is something in it. 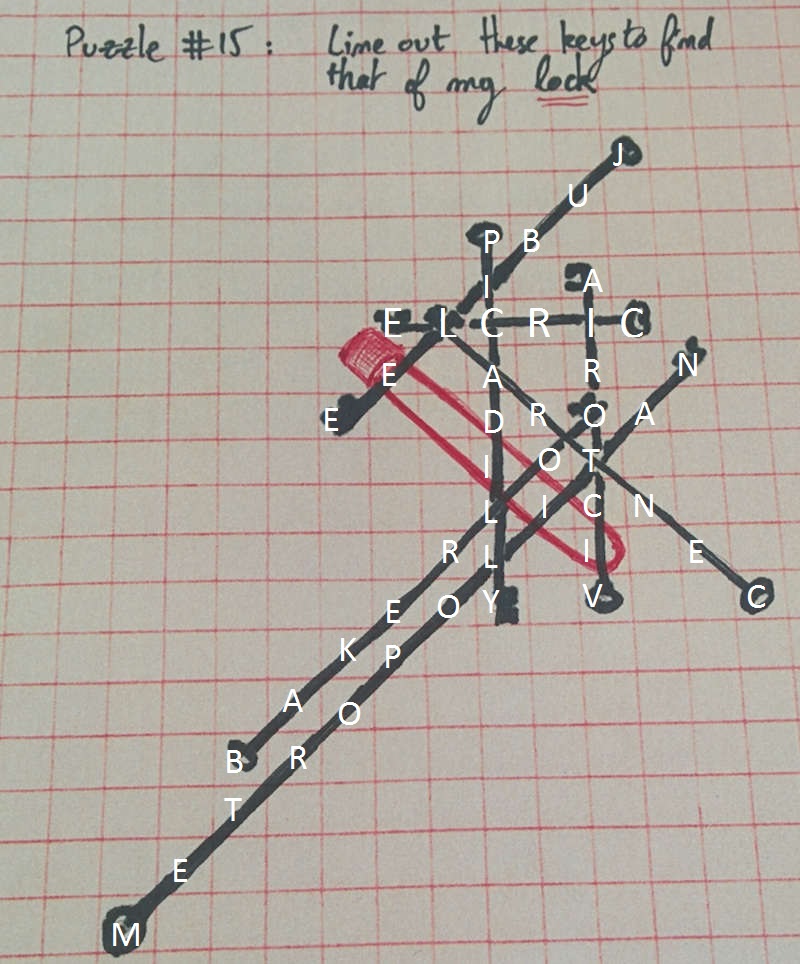 The red loop circles the letters E,I,I,I. Using the clue A=1, we get E=5 and I=9.
Therefore, the four digit code is 5999.
I'm not sure why the other clue referencing this puzzle refers to a three digit code, though? But perhaps this is the final part.

The first "cipher" is based on the tube map. The columns are

The circled letters correspond to

If we connect the locations in the order they appear, using the circled ones as starting points, we get some numbers:

Splitting these numbers into

and using Eoin's URL (which is missing a character), we get

Which brings us to another image:

Which describes the cipher used in the following two notes

The penultimate note before "Puzzle #15" says:

The last note before "Puzzle #15" reads:

These are translated by

Cutting the letters in half along their horizontal, and shifting everything above the cut left

So it looks like "Puzzle #15" is supposed to, when solved, give us

A three digit code to the locker

The last few images show a riddle, a map, and a crude drawing. I have deduced what they refer to, and his password.

The riddle and the drawing both are of HM Prison Wormwood Scrubs.

Breakdown of the riddle
Sorry for the format, I couldn't help myself... those are original, not from the OP.

Earth is no secret, for that's where earthworms roam.
Bookworms would rather find books for their home.
They dig holes in the ground and in your face once you're dead.
Though they're quite slow and blind, so you're always ahead.
WORM

You're not out of the woods for this puzzle just yet.
You can knock on wood for good luck so you don't need to fret.
Driftwood is found afloat on the seas,
And stands can be found for all sorts of trees.
Just listen to the woodwinds make music so sweet,
And the woodlands are with fauna and flora replete.
WOOD

I'll do my best to keep my notes clean.
So my secret is nothing that you'll ever glean.
I'll scrub away clues with all sorts of code.
I never shall tell you where I stashed my load.
SCRUB

The prison is accessible by train from the East Acton stop on the Central line. The drawing is of the aerial view of the prison. The tube map points at red and says "Me" and at blue and says "My password". A red dot can be found on the crudely-drawn map inside the prison building, and a scribbled blue line can be found roughly where Wulfstan street runs. 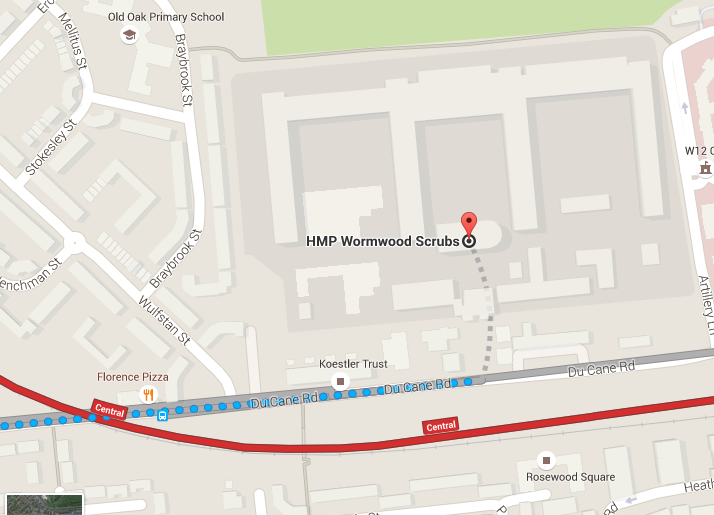 Okay, I can't decode any of the rest of this stuff, so I'm just gonna go ahead and post so someone else can win. T-T

Decrypt the other two ciphers and in the upper/lower cased one, you will find a website, the domain likely ending in .uk. Use the password "wulfstan" where prompted. FIND THE SECRET.

One of the last puzzles left to solve is the all-caps message. It might have to do with the order/placement, so I thought a transcription of them in monospace may be useful.

0
How can our secret agent produce a cryptographically secure random number?
12
The London Drug Cartel
14
Discovering the past
24
We have an important mission for you
15
Fred Dews and his Bored Views
4
London Drug Cartel
18
Secret message in a birthday email
13
Who murdered His Majesty the King?
15
Shipwreck hunting