Oh no! A hacker has taken control of my computer!

It seems that some guy called Magick has taken over my computer. Well, there does not seem to be any harmful stuff done at least, but this picture keeps appearing on my screen. 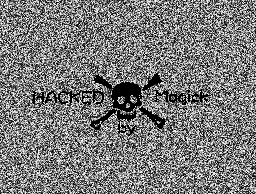 "HACKED by Magick"? What the ...? This guy thinks he is a magician with computers?

I also get a popup box asking for a password in order to get rid of all that, but I have no idea where to get that password. You guys seem to be pretty good at solving puzzles in here. Could you help me, please?

EDIT: The hacker, seeing I'm not advancing so well, gave me a hint:

Magick gives the hint that ImageMagick (a popular image manipulation software suite) is used. You need to create a file with the password in it, then use ImageMagick's -decipher option. In this case the password is HACKED. On Linux the commands for this are:


The -n option is necessary to prevent echo from adding a trailing newline to the end of the file.

After all that, you get the following deciphered image: 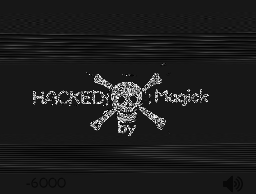 If you treat the image data as 16-bit audio samples and play them at 44100Hz you get a computer-generated voice saying "cipher." Using Mathematica: ListPlay[Flatten@Import["http://i.stack.imgur.com/ikSJG.png", "Data"], SampleRate -> 44100]

Not the answer you're looking for? Browse other questions tagged enigmatic-puzzle computer-puzzle or ask your own question.

20
Hidden in plain sight - By what method do these images hide a prime number?

25
Death cases of computer technician
0
Computer Crisis Takeover! [Part 3]
53
The Secret Club
6
What question is my computer asking me?
21
Another idiom for computer programmers
181
Lock your computer when you walk away!
48
Locate the hacker
7
My New Computer is Malfunctioning
14
Discovering the past