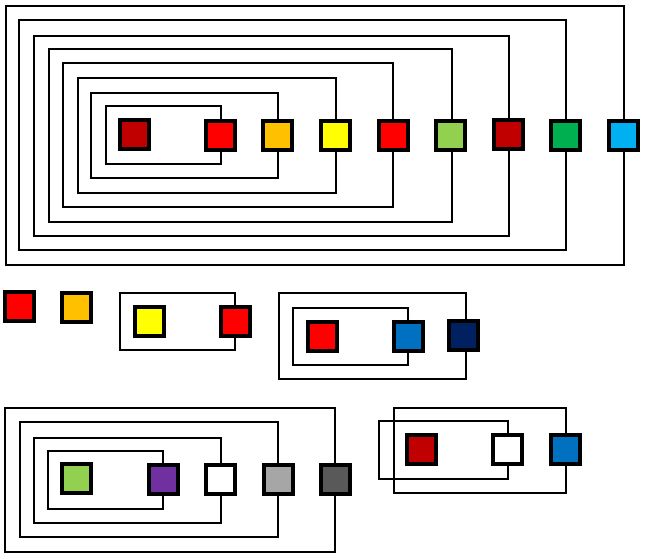 To complete the image above, what colour should each of the white squares be?

the solar system and some moons.

The colors correspond to

the first letters of their names:

The Sun and Saturn are dark red;
Mercury, Mars, and the Moon are red;
Venus is orange;
Earth is yellow;
Jupiter is light green;
Uranus is green;
Neptune is light blue;
Phobos is blue;
Deimos is dark blue.

Assuming that the four moons of Jupiter shown are the Galilean moons, Io is purple, Ganymede is light grey, and Callisto is dark grey. The white square represents Europa, which must be yellow because it starts with the same letter as Earth.

The last picture shows the Sun again, not Saturn. The blue square is Pluto, whose orbit is sometimes closer than Neptune's. The white square, representing Neptune, should be light blue. (Thanks to @2012rcampion.)

2
What is the next colour?
20
What is the central color?
25
How should the hexagon be coloured?
5
Connect the colored dots
11
A Monochrome Image Sequence
7
Complete this puzzle(the right way)
1
Lasers: Colour-Converters (Level 10)
10
A Question for the AGES
12
All six of them
10
TFS (strings of letters)