My colleague who liked to puzzle, riddle, juggle

A few years back I remember a colleague whom if you had met, you would fail to forget. He was extraordinary in many different ways. In addition to never being able to meet deadlines and never turning up to work on time (a few of the reasons for why he was eventually fired), he had many different hobbies which would lighten up our day. He liked inventing puzzles and riddles for us to solve, he even was a big fan of juggling (I remember one particular incident where he juggled a few phones over the large drop on the balcony which didn’t end very well) and he was the kind of guy who would spend a few hours figuring out how to access the administrator’s account rather than doing actual work.

Well anyway, amongst all of the cryptic clues, riddles and puzzles he gave us, there was one which I’ve never managed to solve. I remember having asked him something which he never had the chance to answer as he was immediately called at that moment to the boss’ office (not the juggling incident, I don’t think — that had happened a few weeks back). Later I found this on my desk: 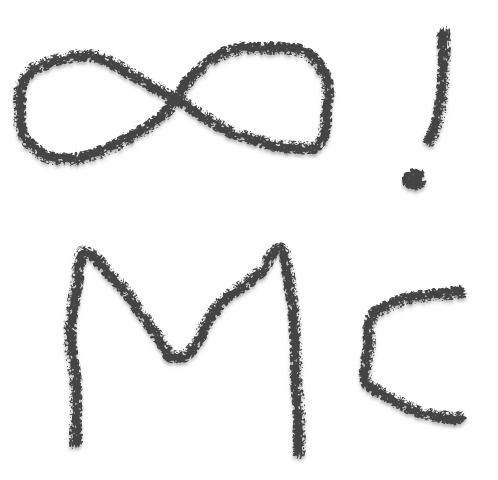 When I tried to ask him the following day what it meant, he only laughed and continued to click away at his computer (to hack into the admin’s account, no doubt) whilst tossing around (and simultaneously solving) a Rubik’s cube in the other hand.

What was he trying to say in the message?

I think I had asked him something about his lunch before he left, although I doubt he would’ve remembered.

Not the answer you're looking for? Browse other questions tagged mathematics lateral-thinking story or ask your own question.

33
Ernie and the Alchemist's Gift
9
Let's help Sherlock, shall we?
0
Why did she do it?
51
Ron couldn't quite put his finger on... something?
20
A Knight or a Knave stood at a fork in the road
8
Reconstructing A Chess Game #2
13
I am happier now
7
Time To Fix The Machine
9
A very odd story