I made up this puzzle, so if you are only keen on answering standard puzzles, I am sorry, I thought its been a dull day for questions so I made up my own

Here is a 7 x 7 squares image with 7 8 letter English words hidden in it can you find the words? 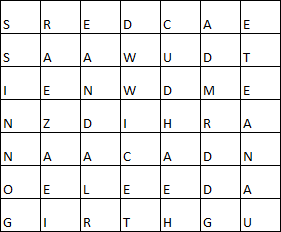 The conditions to be followed are

The first letter of one word has to be the last letter of another, so those letters would be used twice but all other letters have to be used only once per appearance in the square

Each word is formed with letters adjoining them in any one direction, i.e. if one letter is in say second row and second column, the next letter in that word has to be in one of the 8 squares adjoining it

I think I managed to find the 7 8-letter words you hid in the grid. Nice little puzzle - no ridiculous words. 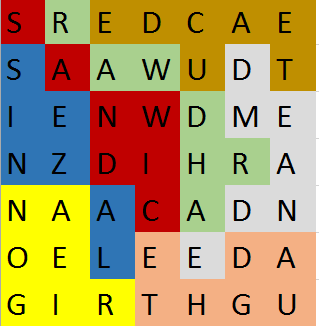 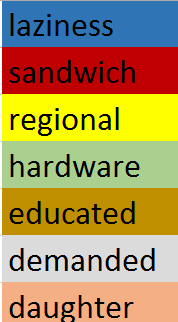 Not the answer you're looking for? Browse other questions tagged word-problem crosswords or ask your own question.