An Exercise in Spatial Geometry

You're on a treasure hunt for a mysterious object, and the clue you need is hidden somewhere in a giant library. You have the following clue:

as well as the following piece of paper: 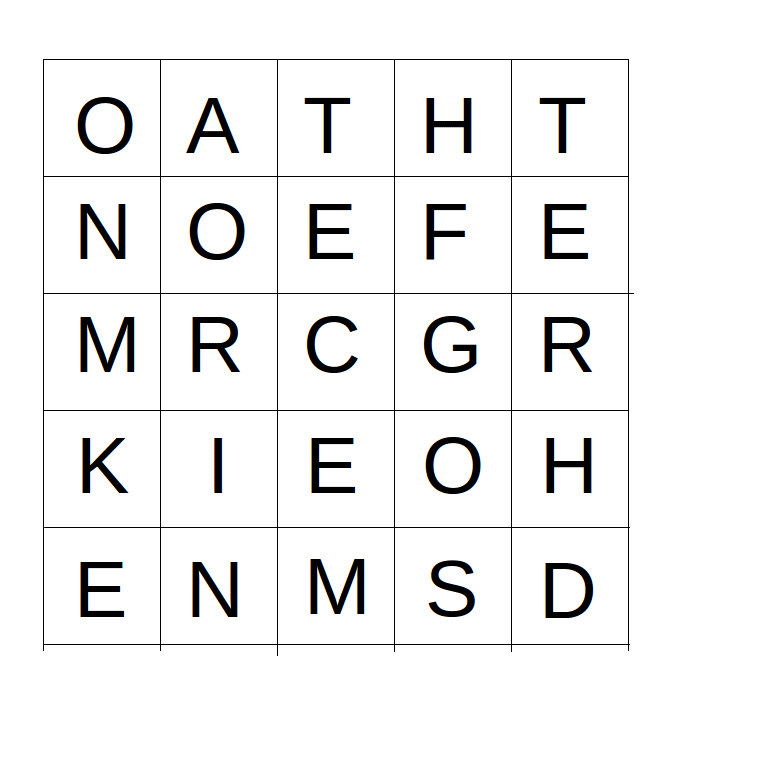 Someone else has tried and failed to find the object of interest, but died in the process. He did, however, manage to solve this riddle. You have his answer, but unfortunately, it's too faded to read, though you can still see some characters.

Where should you look?

EDIT: As you are trying to solve this riddle, you have one of your best gophers workers (a.k.a. me) attempting to decipher the journal of the deceased man, Sir Tim le Death, in hopes of getting more clues. He however seems to be preoccupied with some confounded site called Puzzling.SE, so you don't expect any hints for a few more hours.

Edit 2: Your worker finally pulled through. Here is an excerpt from the diary of Sir Tim le Death.

This puzzle was by far the hardest of the ones I have faced so far. I was tipped off to the solution by the shape of the grid of words, and the words 'spatial geometry', which for some reason appeared in my head. That, coupled with the ubiquitous presence of the number five: five letters, five rows, five columns, another twenty five letters, led me to reason that. .

That's how far he got.

The clue for the mysterious object is hidden in

Romance of the Three Kingdoms, a famous Chinese novel.

The 1st clue is

a series of pentomino shapes, labeled with the Conway method (the other has no Q). The references to fives in the extra hint are a clue for this.

Combined with the square,

You get a board filled with the corresponding pentomino (U,X,Q,P,T) from left to right. 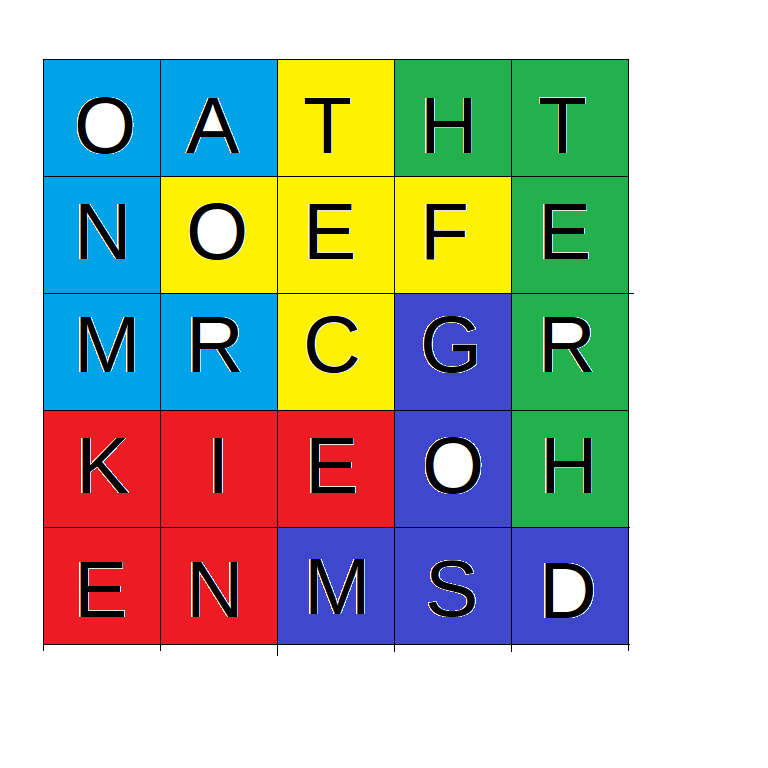 . Rearranging the letters from each piece in order, you get: ROMAN|CEOFT|HETHR|EEKIN|GDOMS

Just a guess, I don't know how the clue fits in:

North of the shore

Why I think this:

Not the answer you're looking for? Browse other questions tagged geometry cipher anagram literature or ask your own question.