"You won't believe this!" my colleague said, shaking with excitement.

He dragged me into his office.

"Before I show you this discovery," he said, "let me fill you in on Saharan mythology."

Dr. Henry had recently discovered the remains of a 10,000 year old civilization in the Sahara, and is naturally the leading expert in the field.

"According to Saharan mythology," he started lecturing, "Knowledge was stolen from the gods and brought to mankind by Daa, god of journeys."

Nodding politely seemed the right thing to do at this point.

"The other gods where not happy about this, of course, so they banished Daa and made him mortal."

"Reminds of Prometheus," I noted.

"And of Adam and Eve," Dr. Henry said. "But don't forget that the Saharans were around long before any other civilization. They might even be the ones who have brought civilization to the rest of mankind!"

He was getting that look. I had to stop him before he got carried away. "There was somerthing you wanted to show me?" I prompted.

He blinked at me. "Right. After Daa was banished to the mortal world, he gave the Saharans three stone tablets, and made them swear an oath to protect the tablets with their lives."

"These tablets were said to hold the Knowledge of the gods, and the key to civilization." At this point, his voice became frantic. He licked his lips. "And I have found them."

I barked a laugh. "You found mythological stones made by a god?"

"See for yourself," he said, leading me to a wooden crate. 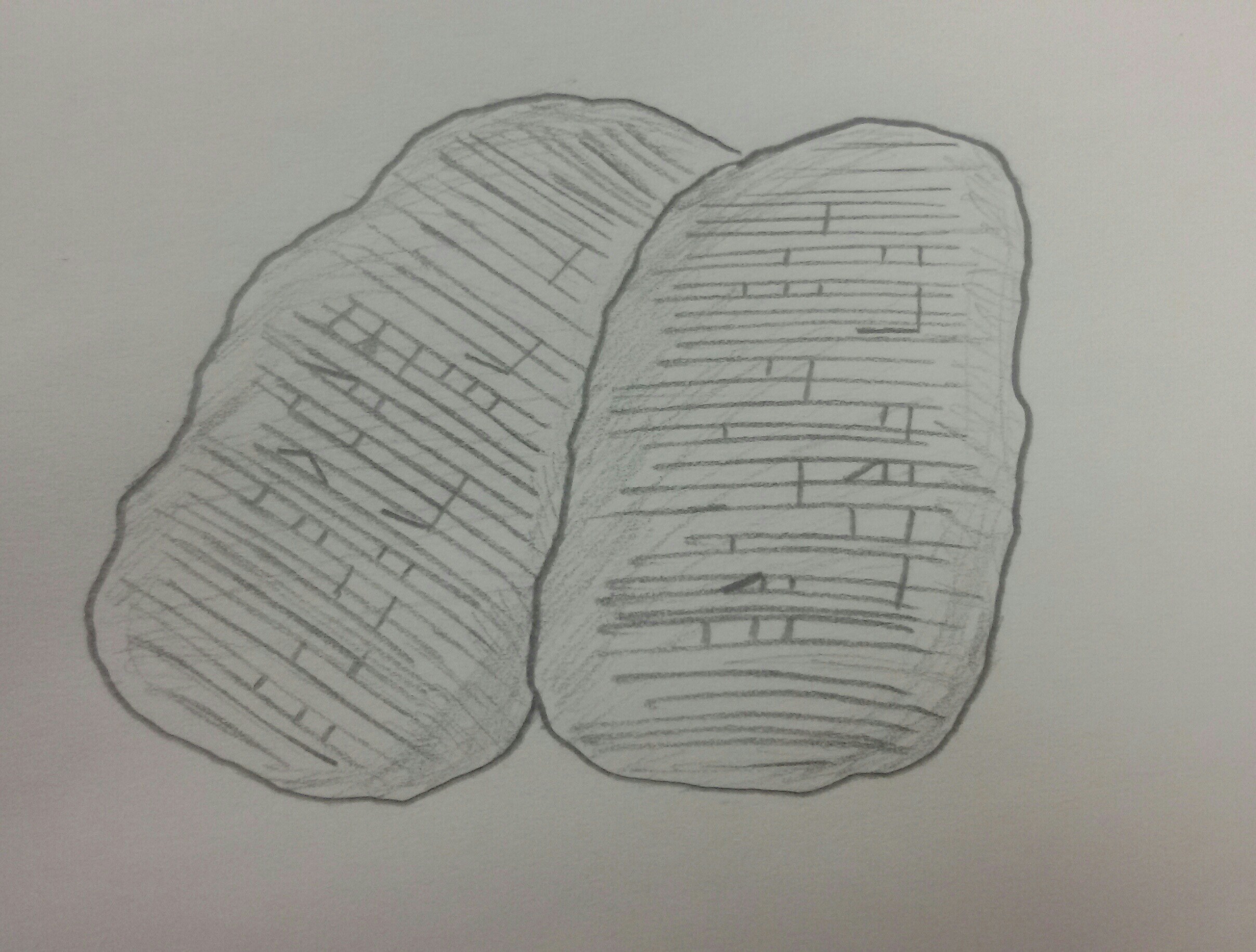 My smile faded a little. "There's just two," I said.

"And they are in horrible condition," he added. "But I can assure you, these are the very tablets the Saharans guarded for generations."

I leaned closer for a better look. "What are all these lines?"

"A later, unfortunate addition," Dr. Henry said. "But you can still see some of the original markings."

"And these are suppose to hold the key to all civilization?"

"According to Saharan mythology, yes."

I studied the stones. It just couldn't be... could it?

"I'm from the future"

The answer is written on the stones, but

you must rotate the picture or turn your head sideways. 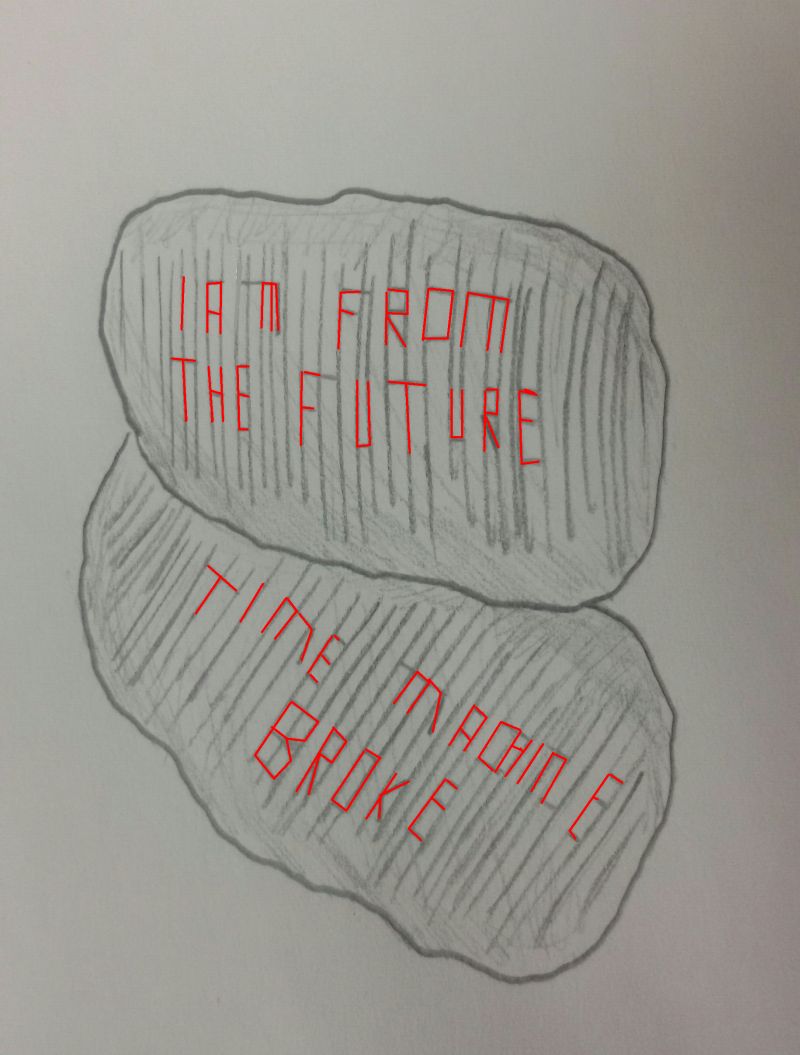 17
A religious riddle ... or not
6
The Hobbyist's Gift
16
Ancient Saharan Artifacts
17
Why did it have to be snakes?
6
Little Pictures: Charlie's Lunch Edition
10
A Series of Fortunate Events
8
A princely romance
9
A very odd story
3
How can the swear jar's balance sheet be recreated?