Can a Rubik's cube be put in a position not solvable by Fridrich's algorithm?

I think today I have faced a bug on rubik's cube. As it should be, I followed the steps Cross and then F2L, instead of OLL algorithms, I used R'FRF' and three corner swapping moves to complete last layer. After a long period, I saw that all corners and 2/4 edges solved correctly. There is not an algorithm to swap two edges. Is it possible ? 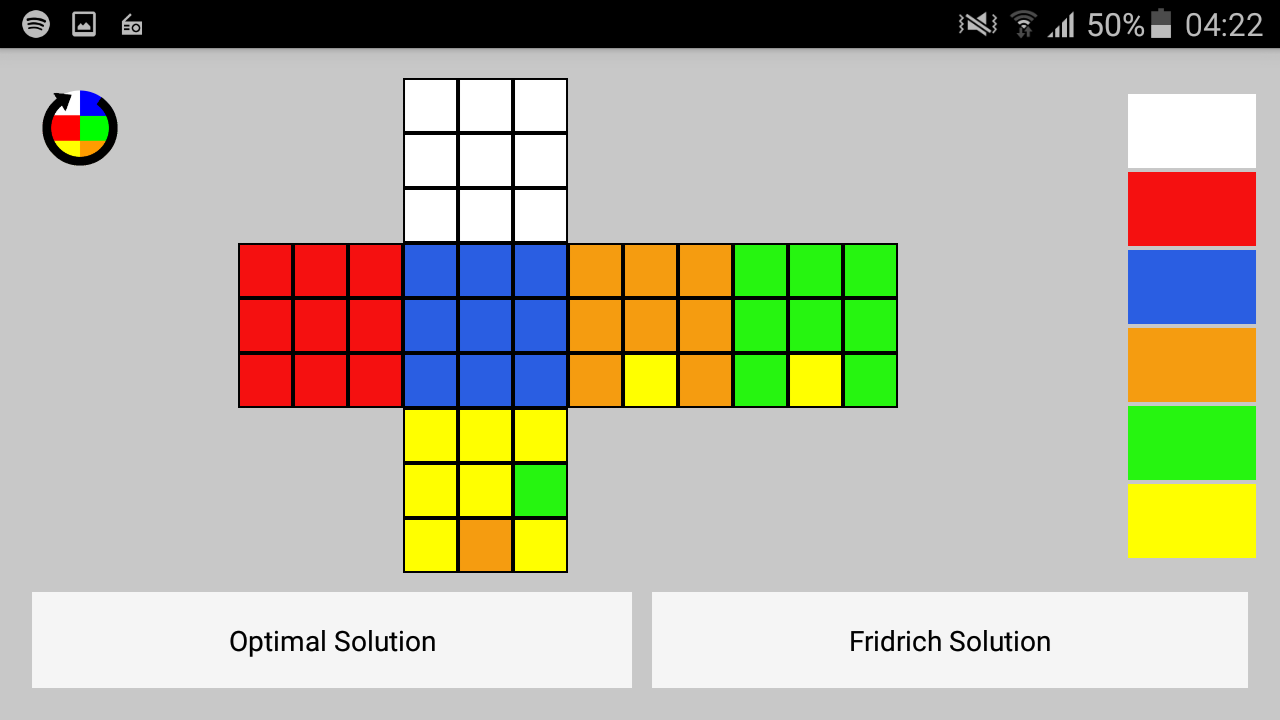 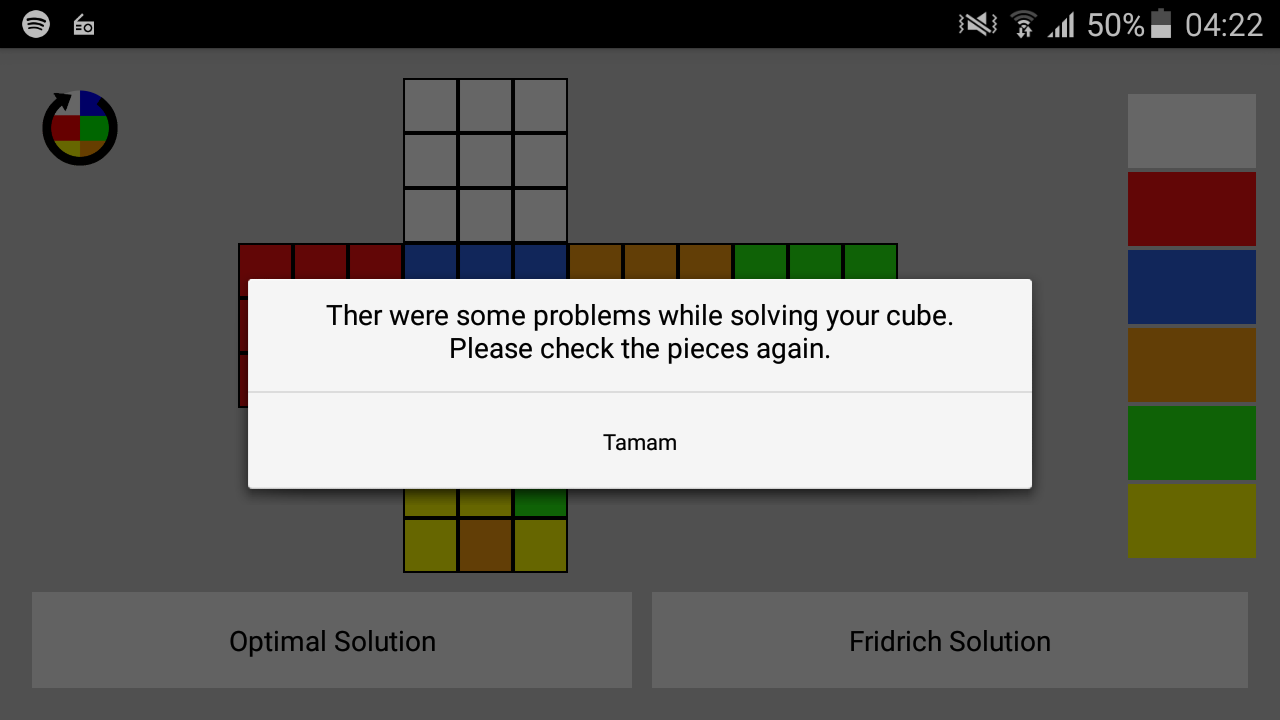 In 11 days we have passed I got an original cube. I have been trying to reach same position for 11 days so I did it today. This time I took photos and if it is needed I can upload more. 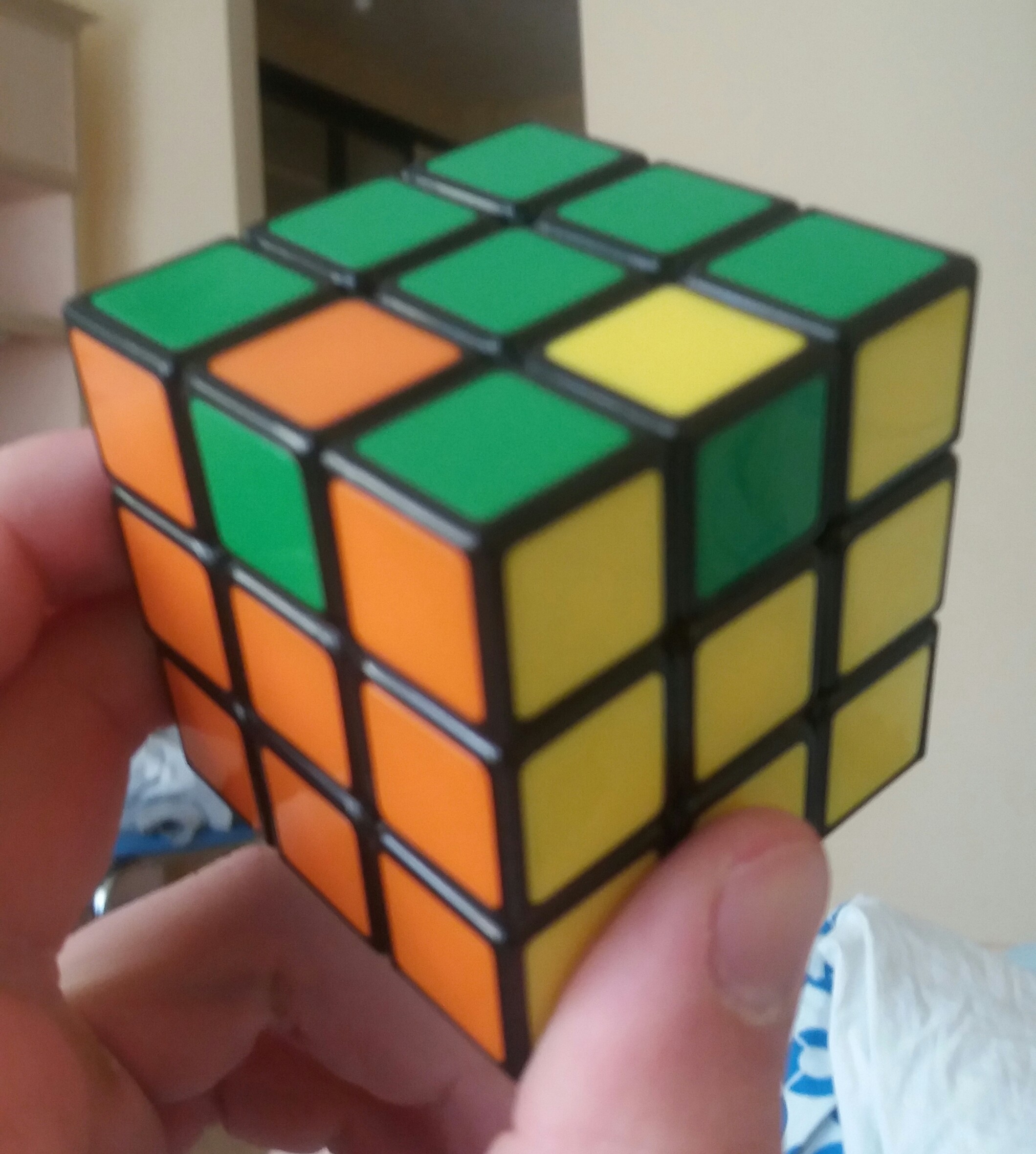 There is no route from this position to a solved cube, using any algorithm. The reason is fairly simple: two edges cannot be swapped on a Rubik's cube. You can only swap edges in groups of three, called "cycles." (You may have heard the term 3-cycle before, and that's what it refers to.)

Along the same vein, this position can't be reached via any scramble. (If we could get there, we could get back.) As a result, you'll never see a position like this come up, if you start solved. Some positions are not possible on a Rubik's cube.

As a result, I suppose, technically there are positions which can't be solved by Fridrich's algorithm, but you can't reach them if you start from a solved cube.

Short answer is - No not by face turns alone from a solvable cube, but yes you may "put" the edges in a position that can not be solved by any algorithm that uses face turns alone (which would include Fridrich's algorithm).

If you were assembling a Rubik's cube you would have:

The reason for your case is that the parity of the permutations generated by face turns is even.

One way to transform your posted cube from having two edges swapped to having two corners swapped would be to perform the following 11 turn transformation, given that U is white and F is blue:
R' U2 L' B' L U2 R' F R' F' R'