Attendance at a dinner party

In the late 1400's, a Count, who is hosting a dinner party, receives a message from his steward. The note lists that the following relatives of the Count will be attending the party:

The Count immediately assumes that there will be four guests. However, the steward's message makes him seem less sure.

What is the least number of guests that the Count can expect?

They could all be the same person in a totally respectable manner.

Zero other than himself.

If we do not consider any incest or multiple marriages then answer is:

Since text explanations can get really confusing really fast, I made a diagram to better visualize the relationships with the person(s) in question. 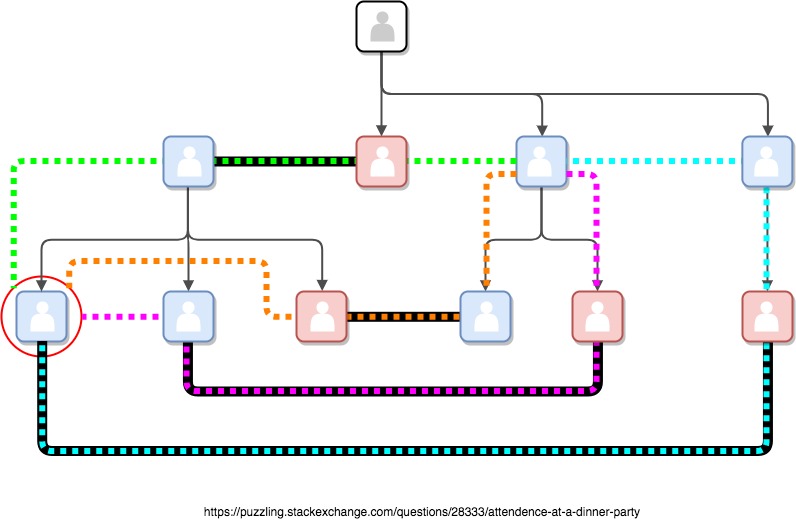 Not the answer you're looking for? Browse other questions tagged lateral-thinking family or ask your own question.

36
Sabotage at Sea - Cursed Cruise liner?
18
You're invited! Now what?