A group of ten bandits stand in a flat desert, with no pair the same distance apart. Tensions grow, and at the crack of dawn each bandit fires a single bullet at the bandit closest to him. All have perfect aim and all those that are hit are killed.

Must one of them live to tell the tale? How many of them could possibly survive?

Up to 7 can survive (but it is possible that none do).

For maximum survival, set up a pentagon and a square such that each gunman is closer to the center of their shape than the other corners. Then, have the same person be closest to each center. All the corners shoot the center, and the two centers shoot the same corner.

All seven other corners survive. 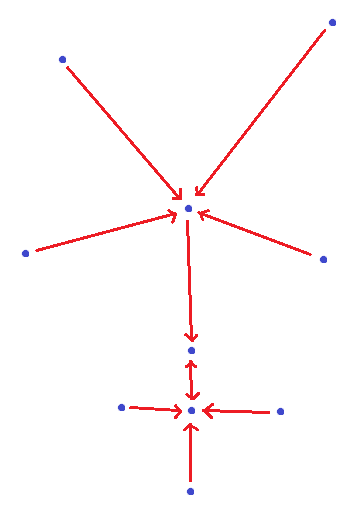 For minimum survival, just pair them all off. Everybody shoots their partner, and they all die. (These pairs are not actually parallel, since the distances along each side can't be the same, but that's easy enough to make happen) 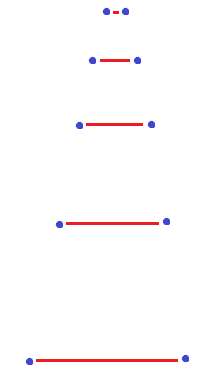 The theoretical maximum would be 8 - since the two closest gunmen must shoot each other. However, for this to work, we need everybody else to be closest to one of those two gunmen. There's no way to have two people be closer to the center than each other if their angle around the center is less than or equal to 60*, so hexagons are right out. Thus, we would need two pentagons such that one's corner is another's center. Unfortunately, this causes some of the corners to be nearer to the corners of the other pentagon than their own center. 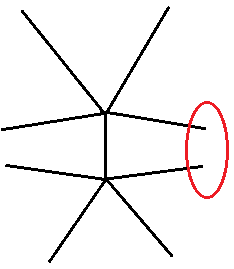 The minimum value of dead bandits is more difficult to determine. We reformulate the minimization problem as:

Given a set $S$ of $10$ points in the plane, such that the distances between them are all distinct. For each point $p\in S$ we mark the point $q\in S-\{p\}$ that is nearest to $p$. Find the least possible number of marked points.

(2) It follows that at least two points are marked.

I believe the max that can survive is 7. Arrange the bandits in approximately two half hexagons. For one hexagon, it's 5 bandits, one at each point and one in the middle. More than a side length away is the other hexagon, parallel, with one exterior point empty. Between the two is the last bandit. 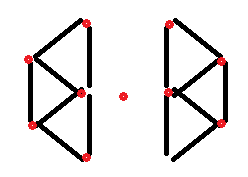 To satisfy the distance clause, just have the outer bandits be closer to the center than each other, and with very small differences the overall situation stands.

6 survivors is the most. 2 sets of 5. 4 corners and 1 in the middle. All different distances apart from middle, but the 4 outsiders shoot the middle guy and the middle guy shoots the closest corner.

A pentagon and triangle work the same way and if you go with a hexagon you run into issues with the outsiders shooting each other.

I can guarantee at least three will survive.

Gunman 8, Gunman 9, and Gunman 10 will all shoot Gunman 1 and survive. 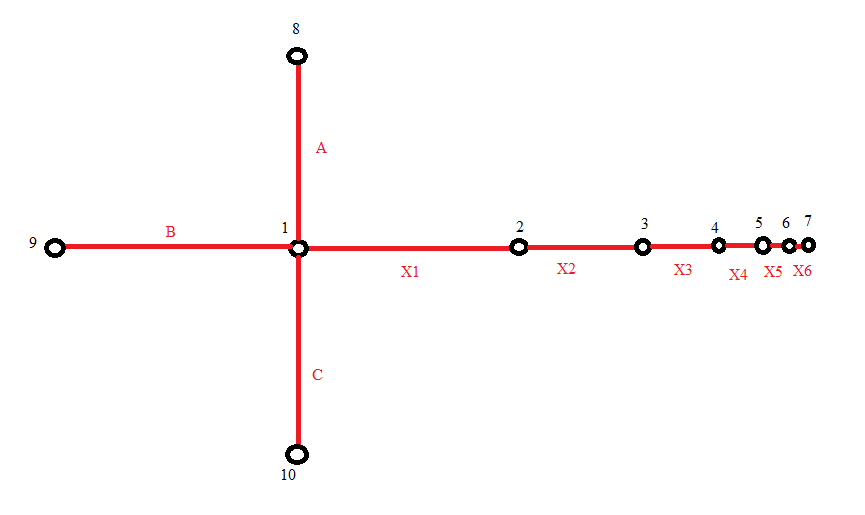 I suspect that you could fit more than these three guys around Gunman 1 - and I don't know just how many - but I don't know for sure.

"Nearest" involves two points, so every pair of bandits would shoot each other. None would survive.

EDIT: Since I was marked down, I'll explain further. The important part is "no pair the same distance apart", which means there would be no overlap on shooting. Folks could only survive if that condition wasn't present, and one or more bandits got two bullets.