Answer this puzzle and you will see
All my secrets be made clear
Consider, though, as you proceed
All riddles are not as they appear

Every line is useful to determine the correct answer

Another Hint (please only view after attempting):

The answer is something that is tangible, and not a concept or property.

The first letter of each line gives us ATCAAGTCTATTAGCAAACA, which can be understood as a nucleotide sequence. Running a nucleotide search through Basic Local Alignment Search Tool returns Vulpes vulpes mitochondrion, complete genome (Vulpes vulpes=red fox) and Vulpes zerda mitochondrion, complete genome (Vulpes zerda=fennec fox) as the the best matches for the sequence.

red foxes are the largest of the true foxes

Covering the face of the Earth
A fiend of all mankind

Red foxes are the most abundant wild member of Carnivora, being present across the entire Northern Hemisphere from the Arctic Circle to North Africa, North America and Eurasia.

Those who fail to heed my warning
Condemnation they will find

In Christian theology, God made all the animals. Red is often associated with the color of the devil.

Foxes are a common subject of Japanese folklore. There are temples called Inari shrines in honor of Inari Ōkami, the Japanese kami (or spirit) of foxes.

Foxes are popularly associated with thievery. There is a fox character from the popular TV show Dora the Explorer called Swiper who is a thief. Also, Robin Hood from Disney's Robin Hood adaptation is a fox.

Red foxes in urban areas would probably be a big disturbance 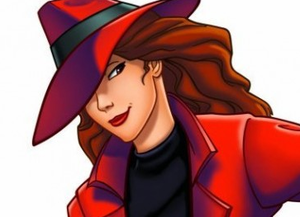 I'd go through each line explaining this deduction, but that would be a waste of time because

The lines actually aren't important. What's important is the first letter of each line. Each line begins with one of the following four letters: ATCG. These are the letters used to describe the different nucleotides in a strand of DNA. So rewritten to only include these first letters, the riddle becomes:

This, of course, doesn't get us a usable answer. However, if we consult Wikipedia, we learn that

Groups of possible nucleotides in a particular position can be represented by other letters. After exhaustive groupings and re-groupings, I found this intriguing one:

And of course, HADYATTRMAMA is an obvious anagram of Tardy Hat Mama.

A vicious villain am I, The greatest of my kind

For all the damage it has done to the planets that are not in goldilock region(eg mercury,mars),it is a vicious villian. No body doubts its superiority in our solar system,all planets orbit around it and thus it is the greatest star of our solar system.

Covering the face of the Earth,A fiend of all mankind

When it covers one face of earth, its day time on one side ,dark on the other,So it does cover the face of earth. The heat provided by sun was trapped by our atmosphere and our cold planet earth was transformed in to a warm planet that made life sustainable. So Sun had a huge part to play in Earths evolution and thus can be considered as a friend.

Although I may appear weak and small, Great power I am assigned, Those who fail to heed my warning, Condemnation they will find

It appears tiny in the sky, but in reality it is massive .It is so large that about 1,300,000 planet Earths can fit inside of it. And very powerful indeed because of all the hydrogen combustion and radiation. Its better if you stay away from it, anything that comes near it burns because of extreme tempratures.

Two natures do I have, A son of God and of the Devil, Though temples have been built to me, Thieves are exalted to a higher level

I think there is a very famous temple called SUN temple in India and usually a lot of Hindus worship SUN in India.

A loud cry sounds from the town, Gloriously is my appearance made, Considered me not your enemy, And you will have nothing of which to be afraid

- Ohhh!! the sunrise is glorious indeed and darkness is compared to loud cry from the towns.

The Title - A vicious villian and its devil nature :

There will be a time when the sun will run out of its fuel(hydrogen) and its core will collapse. That moment will give rise to a massive nuclear reaction and the sun will start expanding eventually engulfing earth. That will be our end. A vicious villian as a title is justified.

I suppose the answer is

A vicious villain am I The greatest of my kind

In case you get electric shock. (A person can die. What's worse than that?)

Covering the face of the Earth A fiend of all mankind

Everything is made up of atoms. Atoms have protons and electrons and they have electric charges.

Protons and Electrons are small and their charges are weak. But the electric force between them is enough to make them bounded.

Those who fail to heed my warning Condemnation they will find

Corona Discharge. You know...the lightning and how it can destroy things.

Positive and Negative charge. They both are opposite (as God and Devil). Son may refer that they are part of atom.

Temples refer to Labs. It is said that Edison stole the invention of light bulb from Nikola Tesla.

If you know how electrical appliances work then you should not be afraid.

Covering the face of the Earth

The planet is literally infested with people who can't spell.

A fiend of all mankind

Even intelligent people are sometimes affected.

Although I may appear weak and small

Many people think it doesn't matter...

Great power I am assigned

...but those people are wrong, it does matter. People don't get jobs, they get ridiculed, they miss out on business opportunities, they are ignored, etc. all because they spell something wrong and are branded an idiot by the reader, who subsequently treats the entire message with disdain.

Those who fail to heed my warning

Some people don't even notice them...

Condemnation they will find

Oh yes - they will be condemned all right!

Two natures do I have

Well there's the one where people simply don't realise that "their" and "there", and "your" and "you're" are actually different words, then there's the one where they just spell something wrong, for example "definately". There's also the kind where British people use "realise" as I did above, and American people use "realize", but technically these are alternate spellings rather than errors, although they may be used by mistake. There's also the one where people accidentally type a different word than they meant to, like "thought" instead of "though", but that's a typing error, or 'typo'. So that's just two natures, since the last two don't count.

A son of God and of the Devil

Jesus couldn't spell for toffee, and the devil's in the details!

We have plenty of temples to educate against spelling errors, and to mock them: web pages; info-graphics; books; comedy sketches; YouTube videos; etc. (oh, and schools, but I'm not sure they do as good a job as any of the others).

That's because it's spelt correctly, it's not "Thiefs".

A loud cry sounds from the town

Every time someone has to suffer the eye-stabbing pain that results from spelling errors.

Gloriously is my appearance made

We revel in pointing them out.

Considered me not your enemy

That's true - it's not your fault, it's the guy writing it.

And you will have nothing of which to be afraid

Those who embrace spelling errors by simply not knowing or caring have nothing to fear. They are oblivious to the horrible path of destruction they leave in their wake.

Please tell me this means if I get this puzzle right I'll never have to suffer spelling errors again, and I'll never make any myself and have that awful feeling of disgust for myself when I realise my error.

Consider, though, as you proceede

Ahh, a sneaky clue... I see what you did there!

All riddles are not as they appear

That's right, this entire riddle was just to point out that single spelling error on the previous line... devious... very devious indeed my friend!

Now if that's not lateral thinking, I don't know what is :P

Not the answer you're looking for? Browse other questions tagged riddle lateral-thinking enigmatic-puzzle or ask your own question.

33
Ancient machine in the desert... how does it generate its output?
10
Troubles with a Rogue Circuit
28
I am described by temperature, and never by looks. I might be found in your camera, as well as children's books
8
Could there be some logic in this mystical gibberish?
16
Wordplay is Heavier Than Me
7
Two Eyes Are Actually Open
16
That's a story for another time
18
A letter from Mr. Pirate, Mr. Roller, and Mr. Knight
25
The Ballad of the Dragonborn