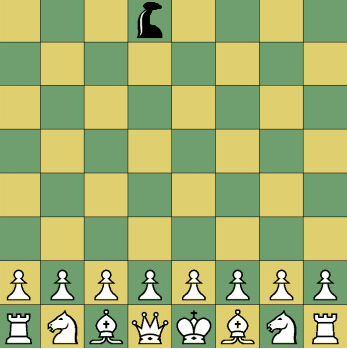 16
Replace a piece to checkmate
16
Can white's rook and knight without moving white king force stalemate?
14
No More Kings puzzle
6
The Knight Checker or Football Chess
17
Fairy Chess #1- The Mastermind
14
Reconstruct a game of Loser Chess
13
One-sided chess: Can you stalemate yourself?
8
Three-player chess on a 7x7 board
5
One-sided chess: Self stalemate revisted