Is this two-sliding-block overlapped puzzle equivalent to the 8-puzzle?

I'm creating a new puzzle: two sliding blocks 8-puzzle, one on top of the other. Several pieces are covered and cannot be moved until the covering piece moves away. The objective is to pair colors, no matter the final positions. 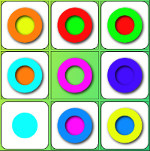 The Puzzle (by now it is not random, I'm testing yet) 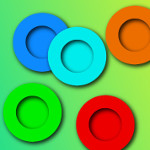 Objective is to pair colors 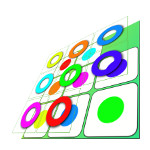 It consists of two layers (thanks GIMP...)

The fact is that the puzzle can always be solved moving only the upper layer.

The question is: if the initial position is random on both layers, the shortest solution involves moving pieces from bottom layer or it always consists of moves only from upper layer?

If optimal consists always only of upper pieces, then this puzzle reduces to an 8-puzzle and then I have to redesign it!

The optimal solution will involve only one layer.

Not the answer you're looking for? Browse other questions tagged optimization puzzle-creation puzzle-identification sliding-blocks or ask your own question.