Is a 'legit' Sudoku puzzle supposed to be symmetrical?

Any sudoku puzzle with enough numbers filled in that the solution is unique is considered a "valid" or "legal" sudoku. Before some time in 2005, the Toronto Metro newspaper published sudoku puzzles (although not named Sudoku at the time) where exactly four numbers in each row, column, and 3x3 square were filled in, and those were never rotationally symmetrical.

However, the sudokus that newspapers tend to publish usually have some form of symmetry, usually for aesthetic reasons. Usually this symmetry is rotational. 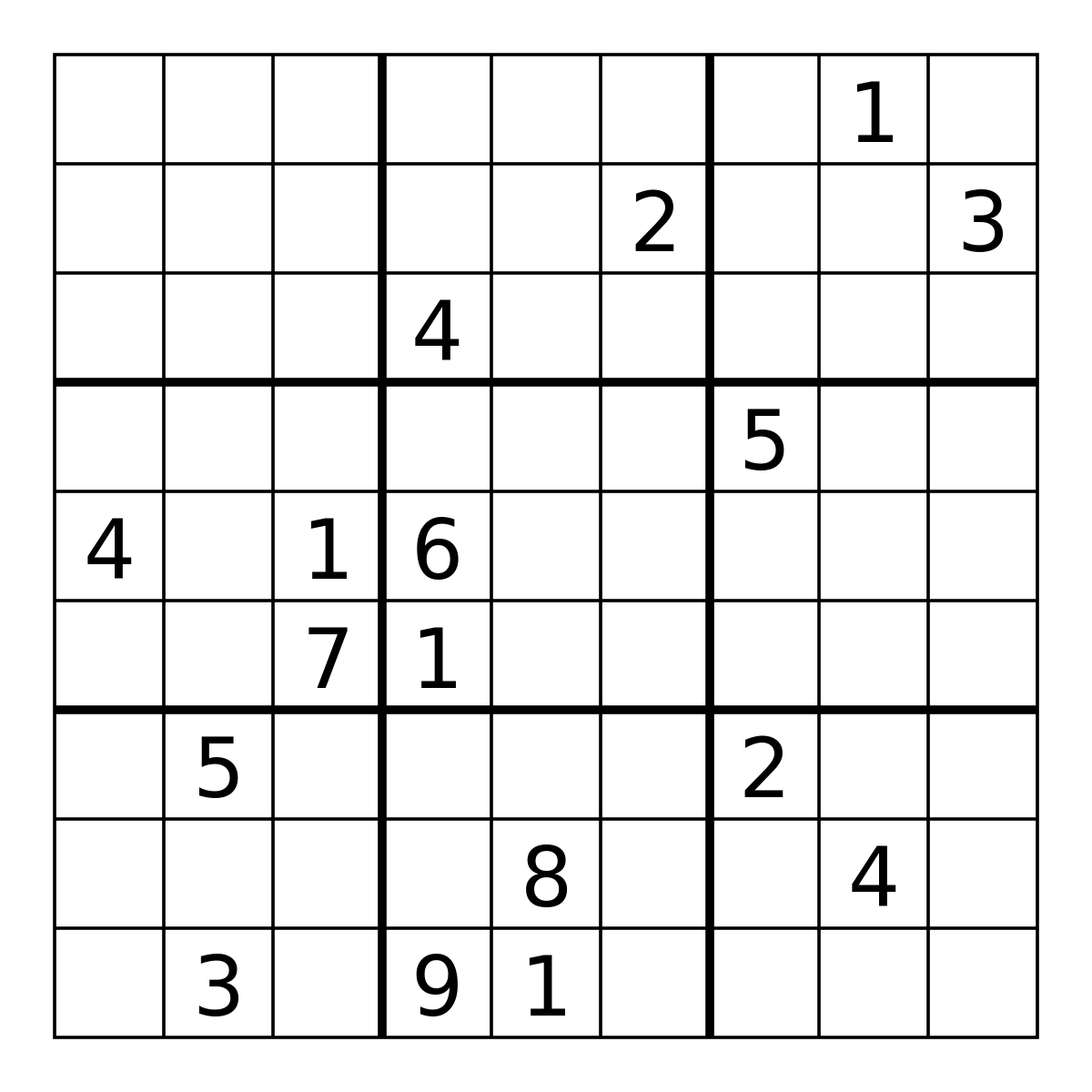 This is a minimal Sudoku puzzle, with exactly 17 clues, and is not symmetric.

Image courtesy of the Wikimedia Commons.

share|improve this answer
answered May 19 '14 at 17:06
user20user20
$\endgroup$
add a comment  |
Highly active question. Earn 10 reputation in order to answer this question. The reputation requirement helps protect this question from spam and non-answer activity.

51
Are there published Sudoku puzzles that require guessing?
7
What is the fewest number of clues on a rotationally symmetrical sudoku grid with a unique solution?
11
How many minimal-clue sudoku puzzles are there?
11
Why is this considered to be “The World's Hardest Sudoku”?
2
is there any sudoku puzzle combined with magic square?
37
Sudoku net that is always solvable
5
Good resource for daily Sudoku Puzzles
11
Happy 2017 Sudoku
75
Empty sudoku puzzle
16
Maximum Sudoku Puzzle