Stakes in a Circle

There are 2016 wooden stakes, evenly spaced around a large circle. You have 2016 labels featuring all the numbers 1 to 2016, and you proceed to label each stake in any order you please.

Is it possible to do this in such a way that no two of the 2016 strings are parallel?

No, it is not possible. In particular, consider that, were we to number the stakes from $0$ through $2015$ going evenly around the circle, then a string going from $a$ to $b$ is parallel to one going from $c$ to $d$ if and only if $a+b\equiv c+d\pmod{2016}$. This may be seen as there is a reflection taking stake $a$ to stake $b$ which also takes stake $c$ to stake $d$. Two sets of parallel lines between such labeling are shown below: 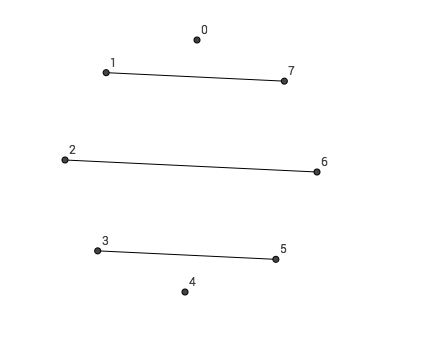 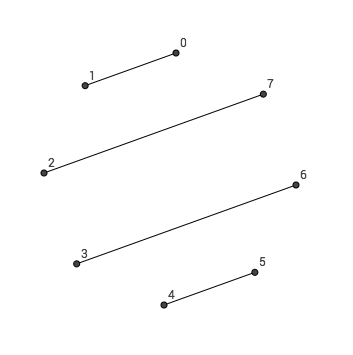 Thus, we may reduce the problem to the following:

Yes, you simply make each string go across the circle and then too the next one along. Like this but with 1008 strings acting as diameters and the other 1008 going to the one adjacent so it completes the circle: