Alice and Bob play a game on the following irregular chessboard. (Note the blacked out squares are not legal moves.) 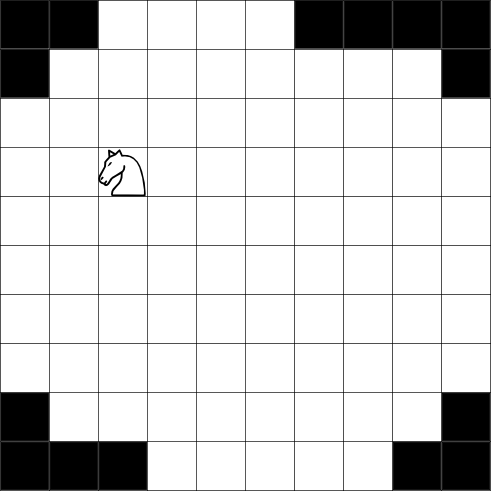 Who wins with optimum play and why?

Suppose for contradiction that Bob has a winning strategy.

Claim: If Alice makes the first move on square X, then on the next turn (Bob's), there is exactly one square Y among the neighbors of X on which Bob must make his (first) move to win.

Proof of the claim:

Suppose for contradiction that Y, Z are two squares both adjacent to X and such that when Alice starts at X, then Bob has a winning strategy by placing his knight at Y or at Z.

But in this case Alice can place the knight on Z and by strategy-stealing again, go on to win. This proves the claim.