A while ago (maybe even a few years ago) I was given a Bletchley Park mug that is black when cold. When it heats up (from having a hot drink inside it) it turns white and reveals a sequence of pictures and a message about Bletchley Park at the top.

It was given to me as a gift by my brother after he'd visited the Bletchley Park Trust/Museum some time ago (years but not decades). It was sold at the gift shop there. I never really looked at it in detail before but I brought it into work today and when I looked at what the heat revealed I noticed the code. To add context Bletchley Park is where the UK code breakers who cracked the German Enigma Codes during World War 2 worked.

At the bottom is a sequence of letters:

This isn't a simple shift cipher (I checked for that) but the general letter combinations and suchlike look valid for it to be a coded message of some sort. It's been a long time since I did any code cracking and this sample isn't really long enough or containing any double letters for the tricks I vaguely remember to work.

It does seem suspicious that it is blocks of 5 characters in each "word" apart from the last 2 so the spaces could well be misleading.

Given the context of where the mug came from I wouldn't be surprised to find the phrases "Alan Turing" or "Bletchley Park" and/or "Trust" in the translated text somewhere.

Is anyone able to decipher it?

(Note that it is most likely in British English) 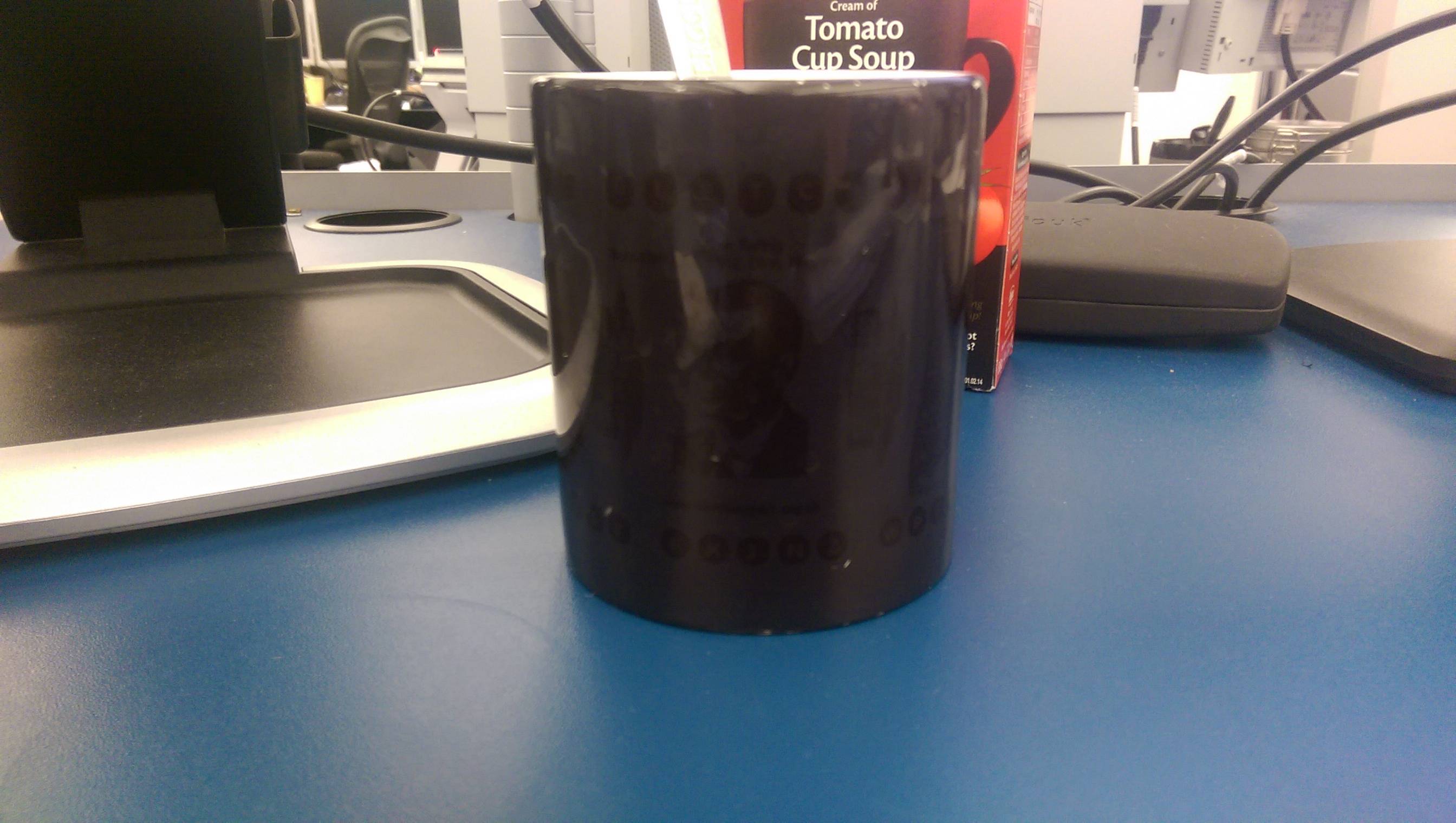 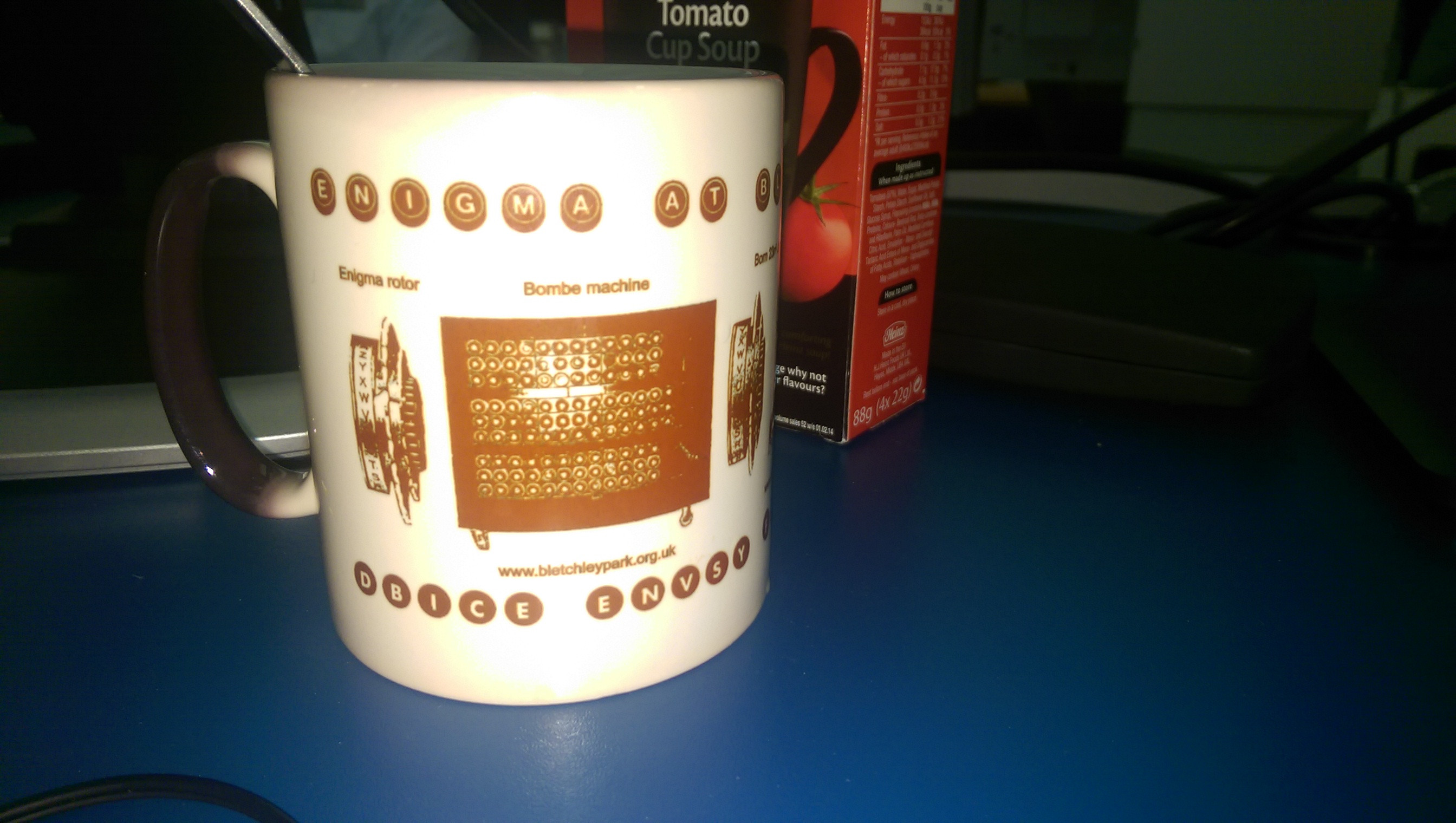 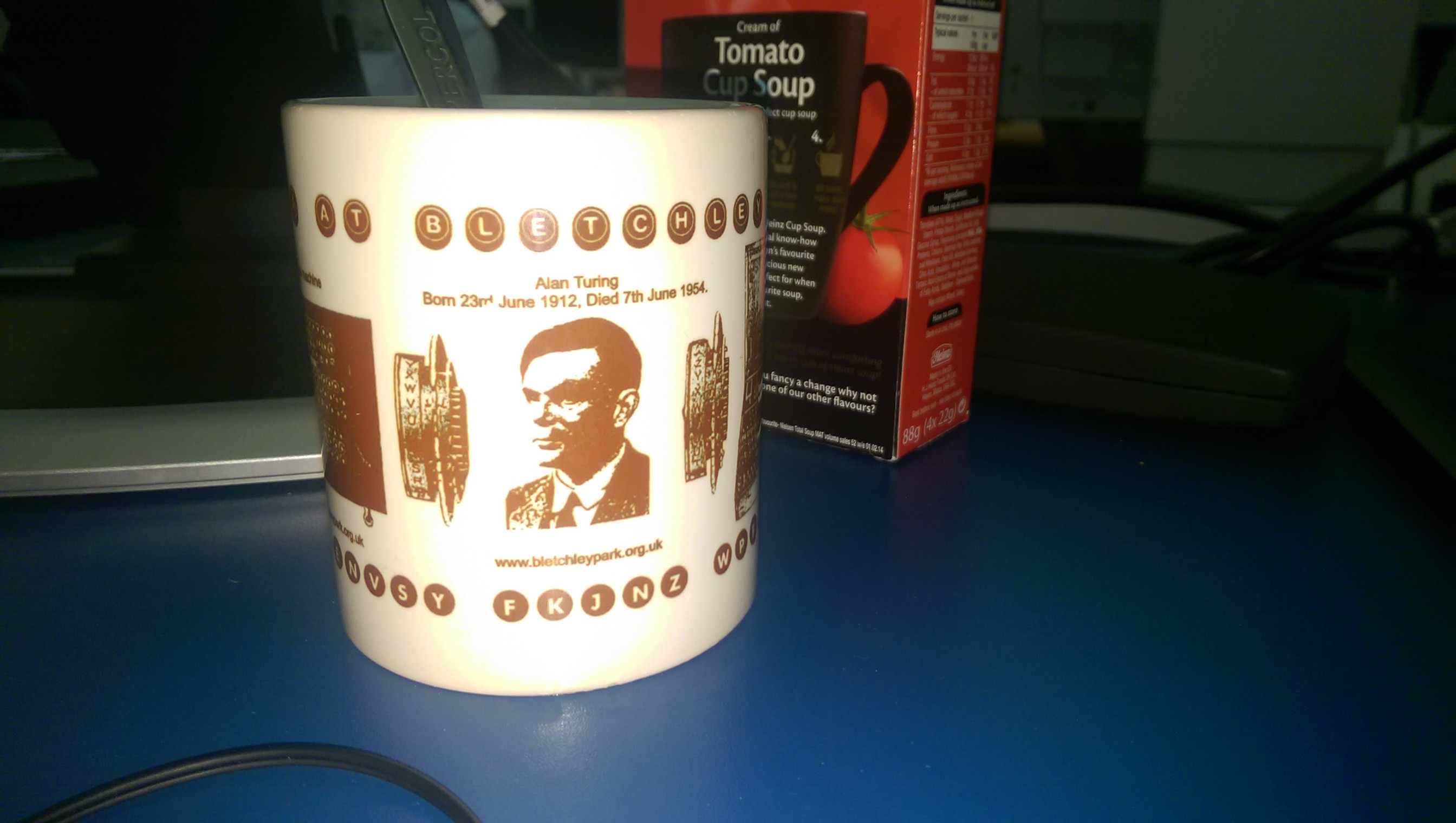 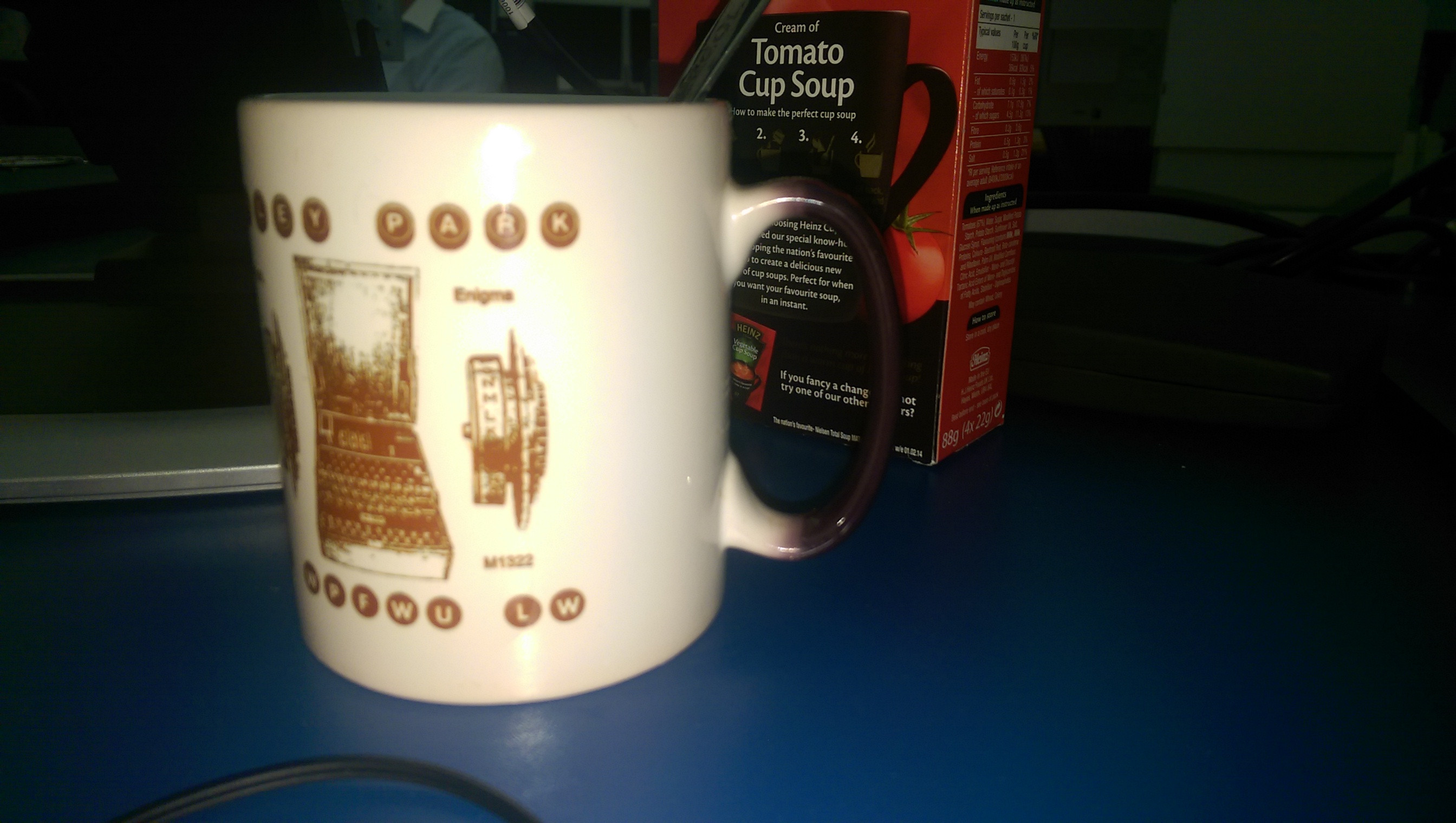 Over the weekend I emailed Bletchley Park to see if they could shed any light on it. Today I got this reply:

Thank you for your email which was circulated, we believe the letters are random. However we have sent your email onto our Education and Learning department for further information, until then unfortunately we don't have any further information. If there are any findings or developments will contact you in the first instance.

So it seems that there is no code to solve :( Very disappointing.

If I hear anything different I'll update. Sorry to have wasted people's time.

3
Lost in Translation: The Test
16
Decrypt secret message from logical test
23
A Strange Correspondence
10
Vixens and Fowls
44
Secret of the universe
15
Help, what is Sistek saying?
4
The Question Code
12
What Does Igor's Letter Say?