Hidden Message: Of Shapes and Numbers

I've created a puzzle quite a while back, unfortunately not many people wanted to play so I'm posting here instead.

The idea is that the image can be decipher to uncover a hidden message. The hint is given: 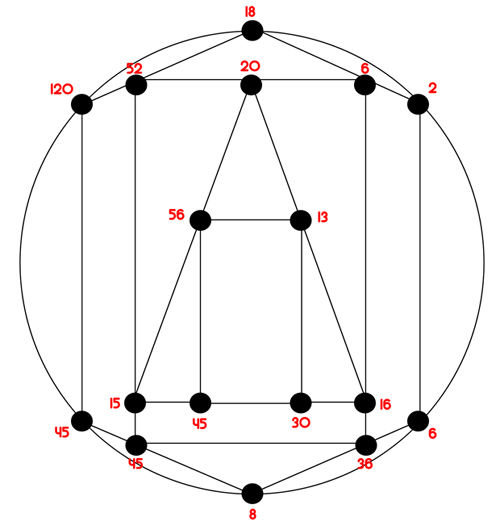 Hints: “Like time, their true forms are revealed once they’re divided by their seats”

The first step is to figure out how to read the numbers, Joe already figured one part of the first step. The answer of the puzzle will be in text form.

Hope you guys enjoy my game. Any comments on the puzzle is greatly welcome as well.

Next, starting with the 18 and moving clockwise we can see that each number is divisible by its position in that circle. So that's probably what seat means- position.

Trying the same thing for the outermost rectangle, we start with the 6 and move clockwise and get the same divisibility property. Same for the triangle, starting 20, same again for inner rectangle, starting 13. I'm just going with points on the corner of a shape being members of that shape, points on the sides are ignored, because otherwise we don't get this property of being divisible by incrementing numbers

So going through and dividing, the numbers become:

One of those comments mentioned converting the numbers by "a common method" and... well, they're all less than 26 now! Let's try turning them into letters alphabetically:

Rabbit from the moon