Lights in the Dungeon: Eighteen by Eleven

This is the fourth in a series Lights in the Dungeon puzzles.

The five by five dungeon was only a little harder than the previous ones. You're feeling pretty good about it and you're even up for a little taunting. "Alright, Hooty, where the six by six?" you ask as you approach the cloaked figure waiting for you at the exit.

"Six by six?" asks the Lord, feigning ignorance. "I'm afraid I don't know what you talking about. You see, Fakky Jim and I have been working on your next challenge while you were busy rearranging tiles and walking through the dungeon, flipping lights like a good little monkey. Your next challenge is... a bit more grand. If you succeed, I promise to tell you the real reason I've brought you here."

Intrigued, you walk over to Fakky Jim and receive a scroll with the rules. You can tell they've been re-written from scratch as they were getting a bit illegible with all the strikethroughs and revisions from the previous puzzles.

Surprised, you look up at Fakky Jim and ask, "What happened to the collapsing floors?" The Grand Vizier just stares at you. You're not sure what you expected from a cat, magic though it may be. You turn to Lord Hooty and repeat the question.

"Ah," he starts, a sorrowful look upon his face, "we changed that after losing the cleaning crew. It was a tragedy, really. They were only doing their job. At least they were tasty so that's a silver lining."

How can you rearrange the dungeon rooms so that you can win the game?

There are probably multiple solutions. The first valid answer will be accepted. 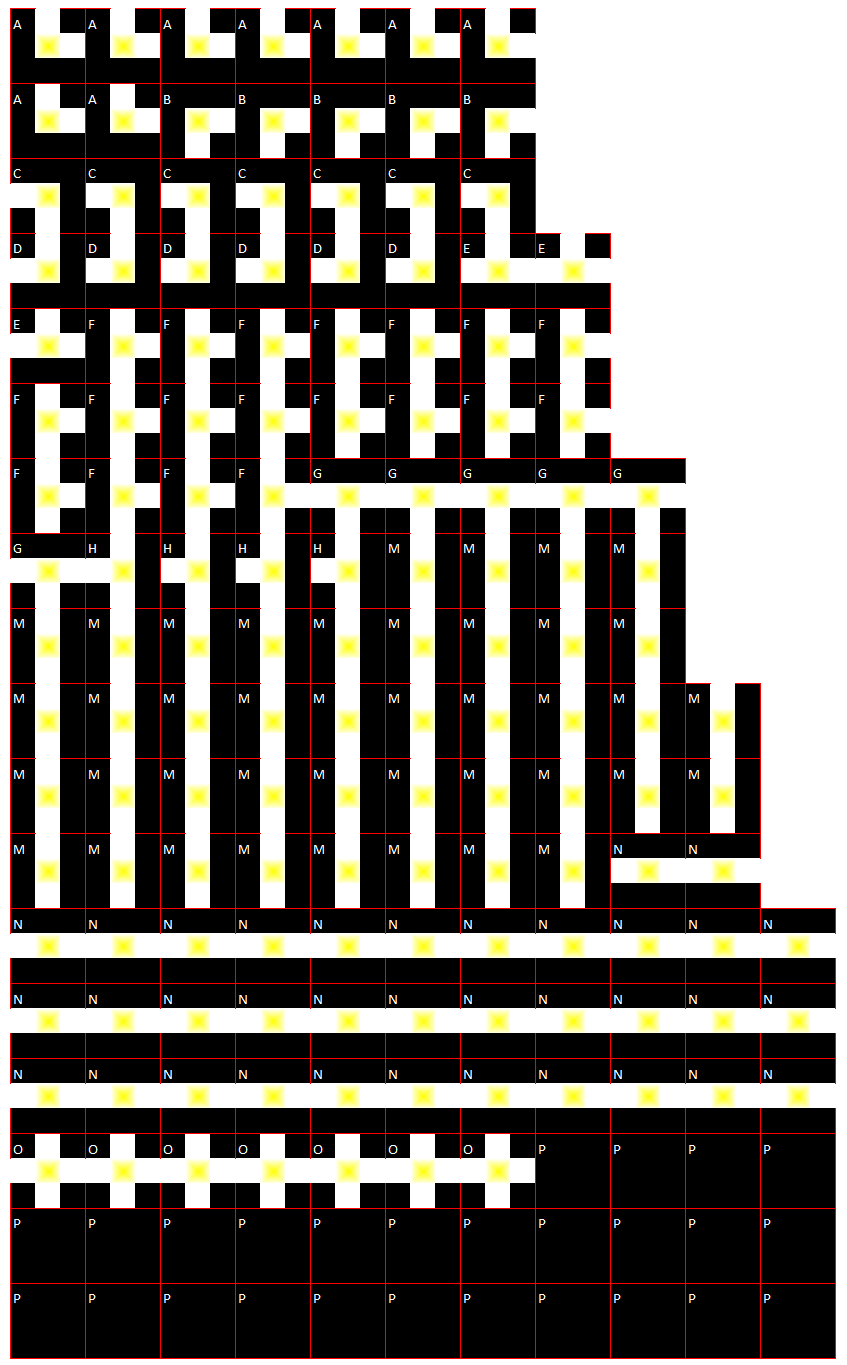 I started from the bottom-right corner and tried to get rid of all the Ms and Ns first, so I came up with: 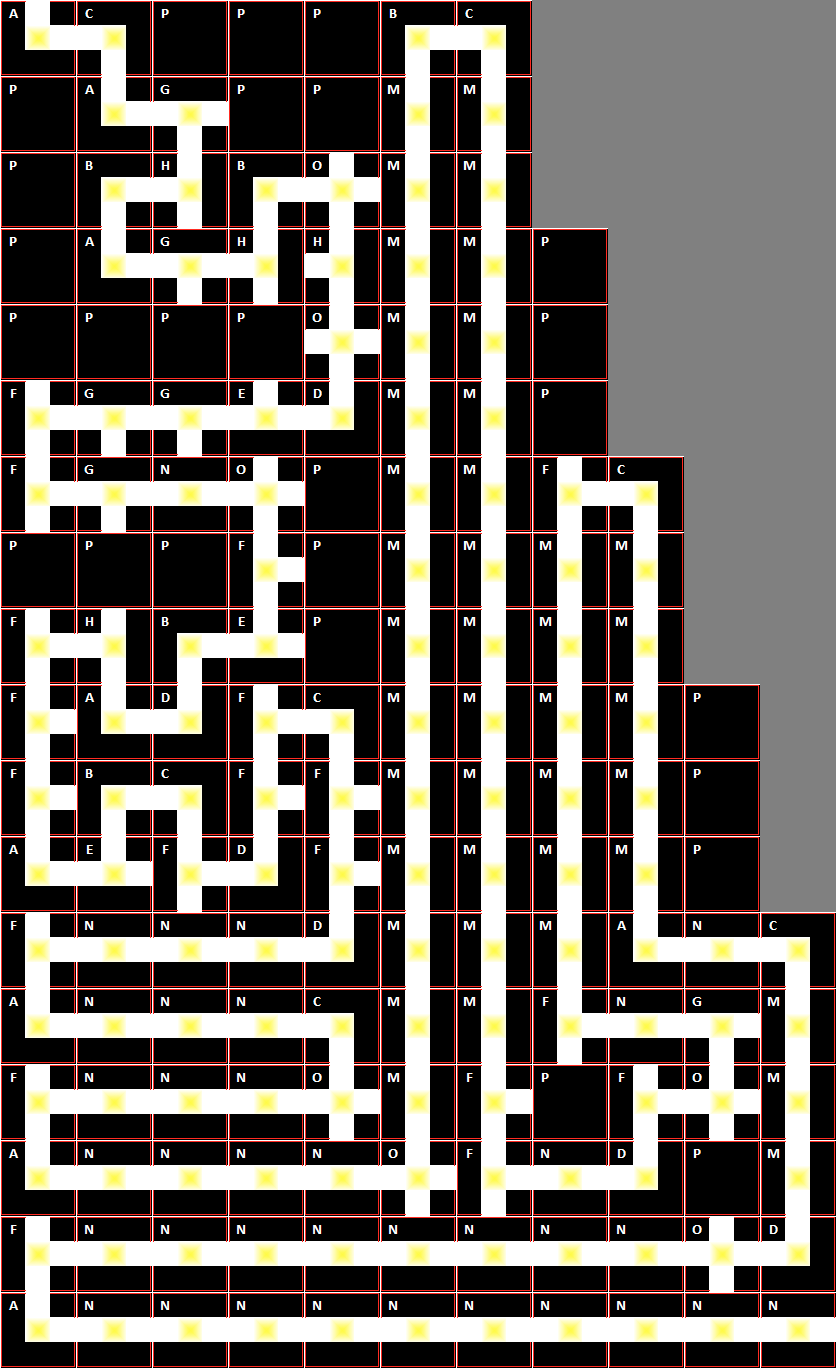 It's a bit messy, but this would work. 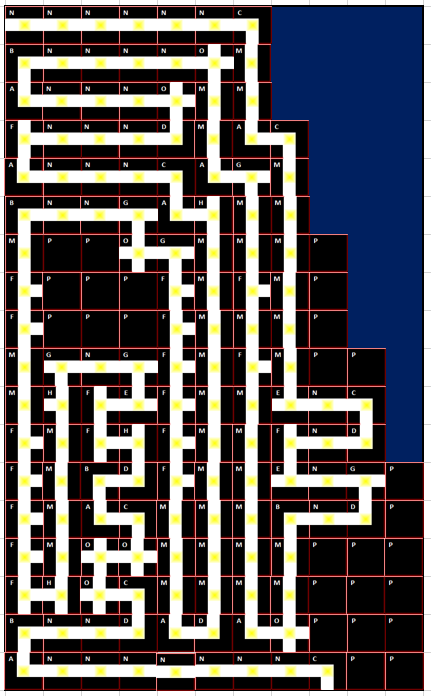 Not the answer you're looking for? Browse other questions tagged story visual mazes or ask your own question.