Mr. Hilbert and the Message from Outer Space

Mr. Hilbert had enjoyed stargazing ever since he became friends with Mr. Beckley. So imagine his excitement when he saw an exceptionally bright comet trail in the sky one evening, as he was stargazing at the observatory conveniently located just behind the Grand Hotel.

Now further imagine his surprise when he realized that the comet was heading towards him, and shortly thereafter crashlanded a few hundred meters away! It turned out to be a weird ceramic sphere, slightly shimmering in the moonlight.

A depression of the button on the top by a curious Mr. Hilbert opened up the sphere to reveal this message inside:

Can you decipher the message from outer space?

Why is there a "wordplay" tag?

Extraterrestial greetings from Alpha Centauri. We come in peace

Try and see the white letters on a grey background, easier if you fill in the extra whitespace.

And as to how I figured that out, here's the classic that came to mind 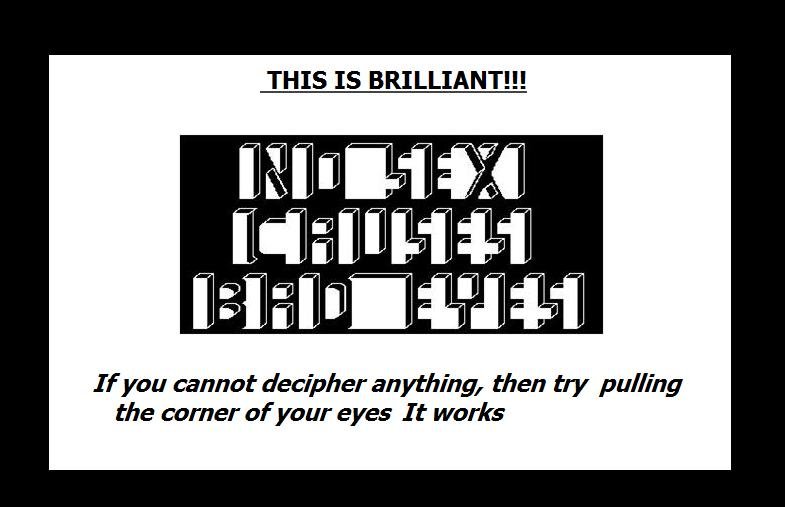 As for why the 'worldplay' tag:

With a little help from the comments below: 'outer space' (the ongoing puzzle theme) is what is shown: by removing the bands between the lines, you only see the space between the letters rather then the letters.

Not the answer you're looking for? Browse other questions tagged cipher wordplay outer-space or ask your own question.

3
Coded Message from M
4
A mysterious signal from space
4
An outer-space riddle
4
The future is in space?
2
Decipher Message from space
10
Another alien message, but from where?
7
An unknown message from an unknown world
21
Inner and outer space
1
Who is the only pre-teen that has traveled to outer space?
22
Message from deep negative space