What is the largest, compact connected-network polyomino for these tiles?

This is a graphical arrangement puzzle. Consider the following 36 tiles: 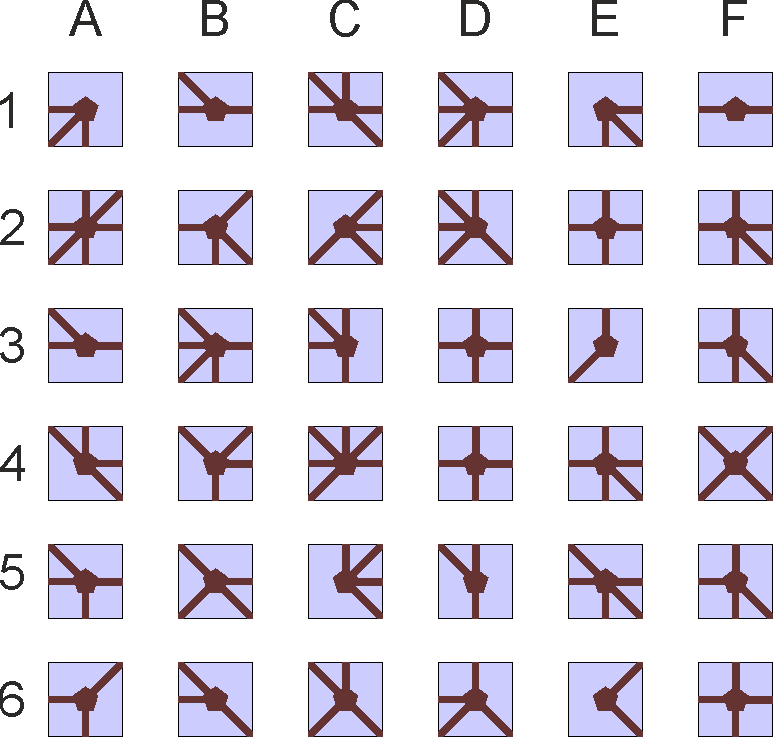 Each tile has up to 8 connected directions and each tile has an initial up side. (The edge to whose centre the central pentagram points is the upper edge.)

These tiles have to be arranged into an arbitrary, single polyomino with a single restriction:

Find the highest possible score for this puzzle.

(The tile-arrangement has to be shown.)

Example of a valid arrangement (only 9 tiles): 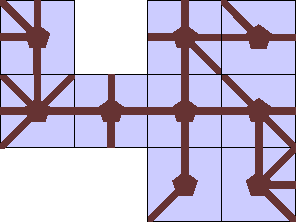 Example of an invalid arrangement (only 9 tiles): 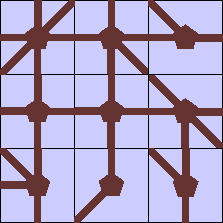 The bottom-right corner tile points towards the central tile, which isn't pointing back.

2nd Example of an invalid arrangement (only 4 tiles):

Both C4 and A4 point at a tile (the one diagonal below) which is not pointing backwards. (That they two 'link' with each other via the corner is not important.) 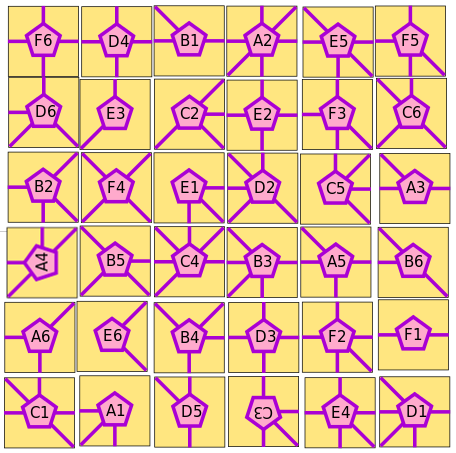 Thanks again to Sleafar for the image! 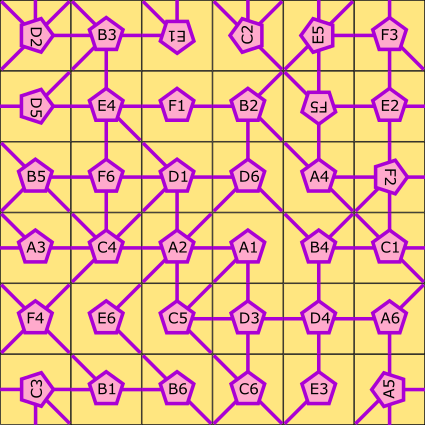 Not part of the answer, but I have created an Inkscape image which should make handling the tiles way easier. Download it from here:

For snap to work configure it like in the screenshot below (the three activated buttons near the right border): 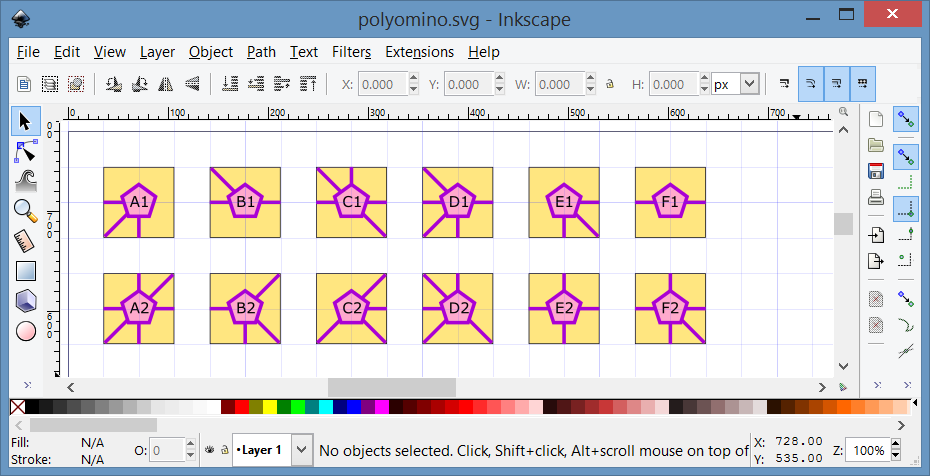 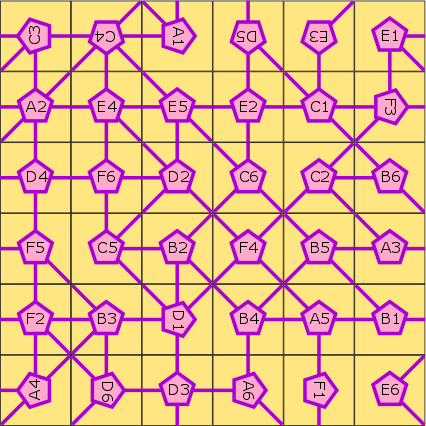 A big thanks to Sleafar for the Inkscape image! It made my life a lot easier when playing around with this.

Not the answer you're looking for? Browse other questions tagged visual polyomino network or ask your own question.