Find the fastest path through this Brazilian concretist poem

One day, a small jet was flying over the concretist poem "Velocidade" (Speed), by the Brazilian poet Ronaldo Azeredo.

In order to cover every vowel present in this poem, it goes in straight line from one letter to another either orthogonally or diagonally adjacent, never making a turn sharper than 45 degrees*.

Assuming the letters are like points in a square lattice, and the jet travels at constant speed, what is the fastest way this can be achieved by the pilot? 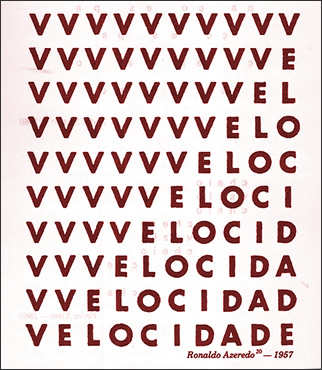 Notice that no restrictions were placed in where the jet should start, except that its position goes from one letter to another. Also, the jet is not allowed to leave the matrix of letters.

* Measured by the external angle, i.e. deviation from the original path, so that a 0 degree turn leads to the same direction, while a 180 degree turn makes the jet go in the reverse.

Here's a solution with 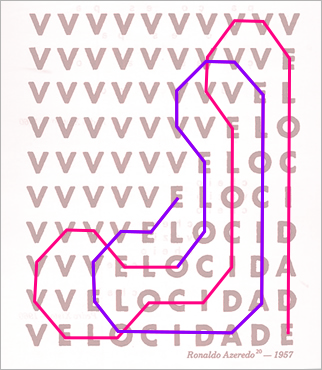 A brute-forced solution with 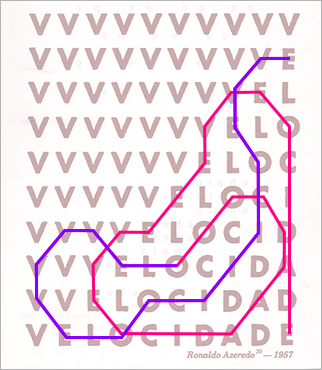 OK. Touching every vowel once, using coordinates A-J horizontal and 0-9 vertically, with the origin in the top left:

That's 71 steps. It's probably not optimized perfectly, so I'll keep looking, but it's at least a starting point.

EDIT: This one has 59 but touches some vowels more than once. Counting as distance (cf. Sleafar's comment) it would be 68.11 units with 22 diagonal moves. 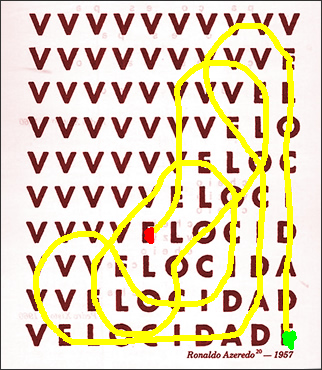 This one doesn't waste as much time by avoiding U-turns, but instead grabs what it can that's nearby.

ETA3: nevermind, the edit would have missed one 'E'. i'll quit second-guessing myself now

I think I am missing something obvious, since the solution couldn't be that easy 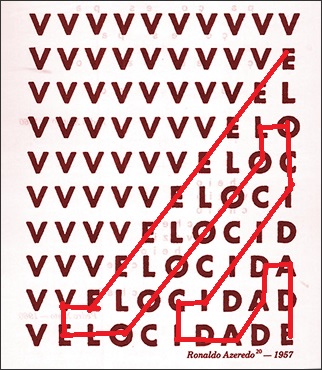 Not the answer you're looking for? Browse other questions tagged mathematics optimization poetry or ask your own question.