Who is a real time traveller and who is lying?

A person is locked up in a mental institution because he claims that he's been having clairvoyant visions from ages long time ago. At some point, it becomes evident that he actually tells the truth and that he indeed can see the past, just as if he was there.

It is a gold mine for the historians, so the police and others so the authorities immediately issue an order of release. However, due to some confusion at the mental institution, it's unclear who he is. After eliminating all possible candidates, the correct selection process produces two individuals - Adam and Benny. Precisely one of them is guaranteed to be the medium with superpowers, while the other is a fraudulent liar. The problem is that there's no way to determine who's who.

Both of them claim to be the true psychic and both state that they're immensely upset with the unfair incarceration in the mental institution. As a result, both refuse to provide any new story from the past to verify the ability.

Finally, both agree to tell one story each. The subject is a feast at a house of a Viking family and based on that, we need to determine who's the true asset and who's a darn cheat.

Adam's story:
We started with a main course consisting of beef and a side salad of carrots and cabbage. The beverage was served first afterwards, together with mashed apples cooked in cow milk and flour. There was no singing and the conversation was in English.

Benny's story:
First, we had some beer, not very strong, and then water. We were served pork dipped in fat and burned almost to well-done over an open fire. On the plate, we also got eggs and some kind of mix of tomatoes and potatoes. For desert, we had a cake with a lot of berries. It was noisy from the music and singing.

After being presented with the above information, a person stands up and states: "I know who's got the super powers!"

Who is it and why?

The one with powers is

Tomatoes weren't seen outside of the South American continent until the 1500s, or thereabouts, somewhat after the vikings' main era of prominence. Since Benny claims to have eaten them, he's probably a liar. Or Adam edited the wikipedia page to discredit him.

I believe the clairvoyant who had 'real' visions is 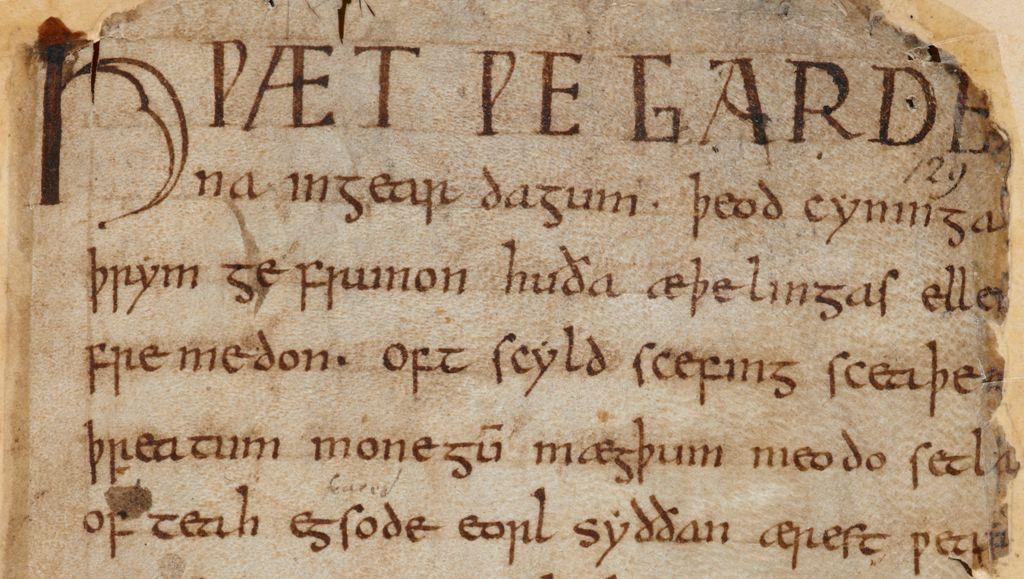 ... certainly not recognisable to a modern ear or eye as 'English'!

----
The singing reference & 'desert' might not be typical, but there's no guarantee that this was a typical feast being described. And while the mistakes of 'potatoes' & 'tomatoes' might be anachronisms, he's not describing the dish being creating ... he's describing what was served to him. It is entirely plausible that a clairvoyant who could see an 11th Century feast might describe a stew of 'tomatoes and potatoes' ... making guesses based on what the vegetables were. Heck, anyone clairvoyant describing a meal that I make now would have to take massive guesses on what the original ingredients were ... being clairvoyant means that they can see what happens at the meal - not that they are experts at identifying the ingredients of the mush that I end up making.

The 'English' clue is a double red-herring. It's so obviously wrong that we are meant to research the English language and decide that it's plausible since it technically was Old English ... without stopping to think a modern clairvoyant hearing a conversation in that language could never recognise it as English!

Given the stories I am pretty sure Vikings didn't speak English so that seems to be a dead giveaway that Benny is the real clairvoyant.

However I think the puzzle is fundamentally illogical considering:

Couldn't he just tell each of the officials/historians/etc. a fact that only they know from their past to prove? Seems pretty straight forward. I might be missing something but this doesn't seem entirely puzzling.

9
A Tale of a Hero
9
Let's help Sherlock, shall we?
13
Crazy Internet threat - but from who?
7
It's time for a real difficult question
4
Two friends who went through some rough times
5
Locked Room Murder!! How and who?
10
What is lost can never be saved
11
I am number one, Who am I?
1
A strange sound always comes in the hotel