I'm hidden in the maze

I am hidden in the shortest route through this maze. 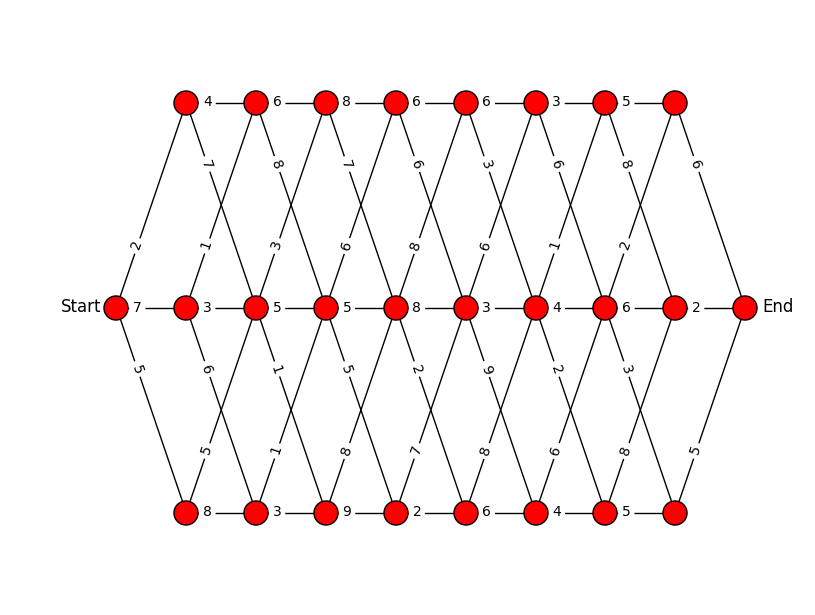 Twice, if you know what you're looking for.

More clues to follow (although I'm sure you're unlikely to need them)...

Working right to left, we can label each vertex with the length of the shortest path to the End, eliminating edges that are not part of such a path. It is not too hard to find the label for a vertex once we have found the labels for that vertex's neighbors to the right. I ended up with this diagram:

Now, beginning from Start, there is only one shortest path to End: 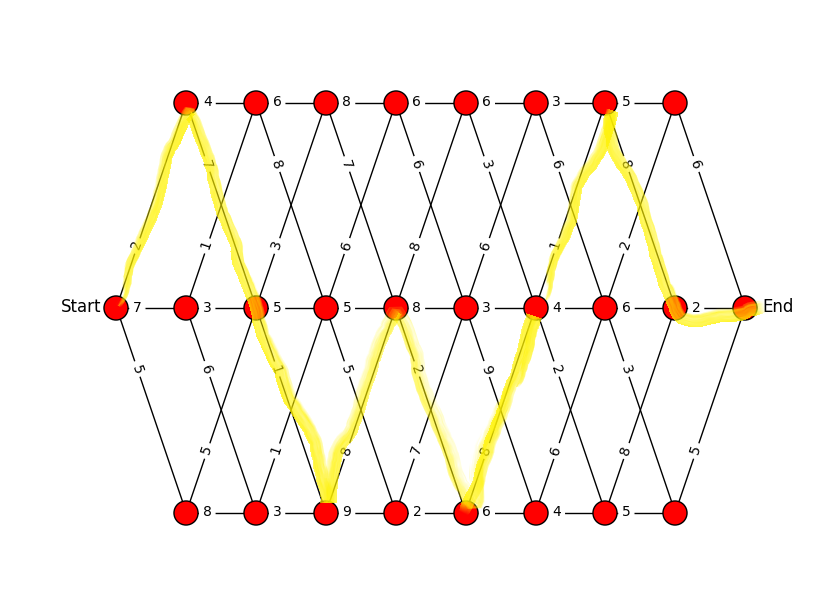 A common way to solve a maze like this is with dijkstra's algorithm. If you print out the maze, you can solve it with pen and paper in a few minutes

You start by marking all the nodes as infinite (inf in the diagrams). Then go to the first point and mark it as 0. Then fill in the distances to the adjacent nodes and mark the first node as visited (red in the below): 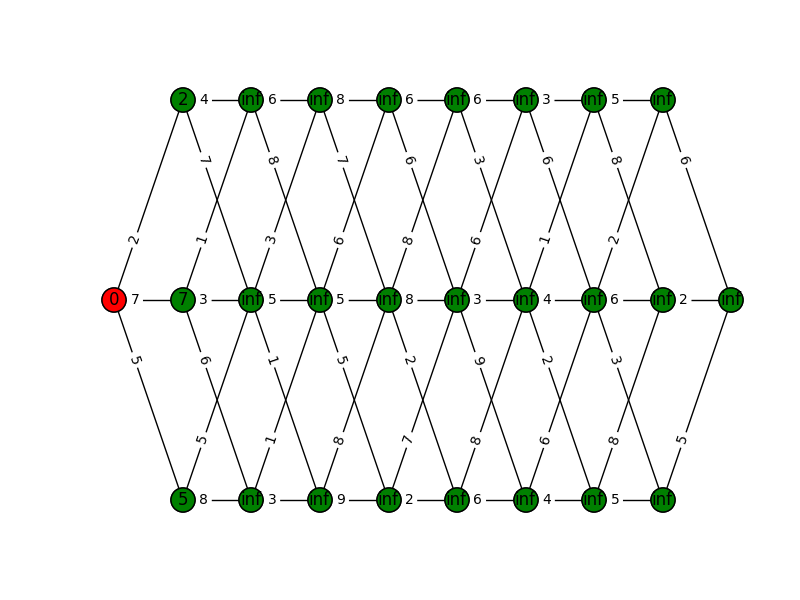 Then you go to the unvisited node (green in the diagram) with the smallest distance on it, and repeat the same steps as before: you consider the distance to the adjacent unvisited nodes, and mark those with the total distance (if it's smaller than whatever distance is there already). In this case, $6(=2+4)$ and $9(=2+7)$ are both less than infinity, so in they go. 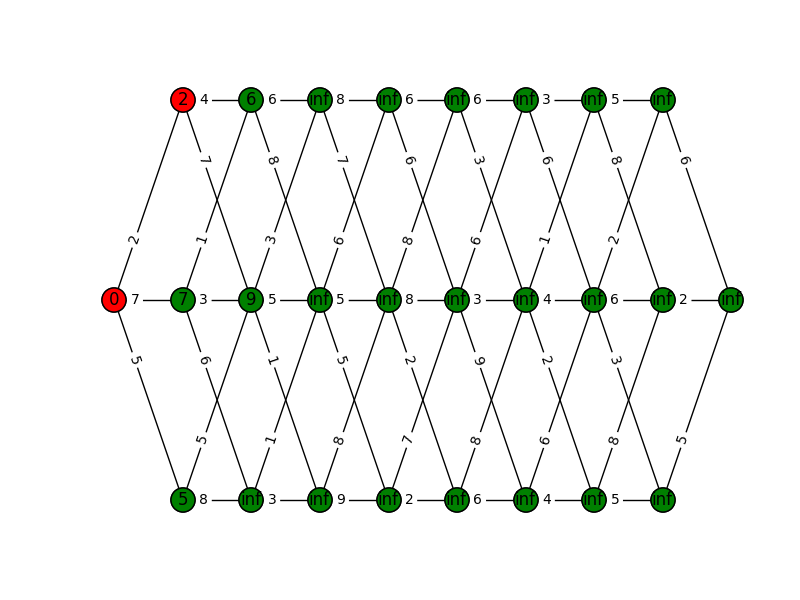 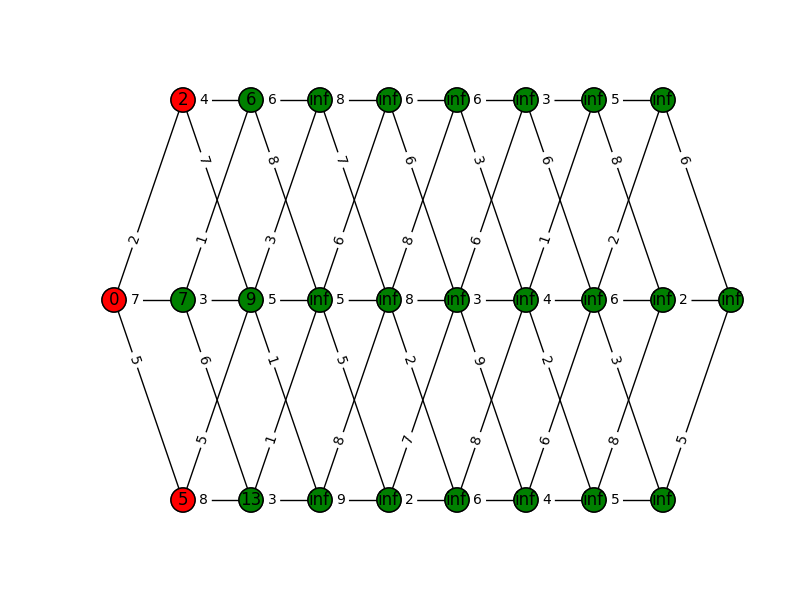 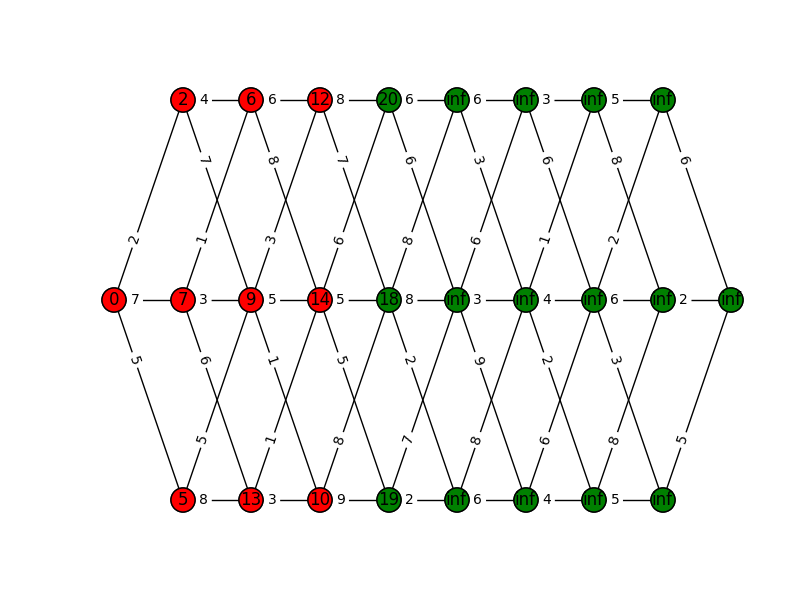 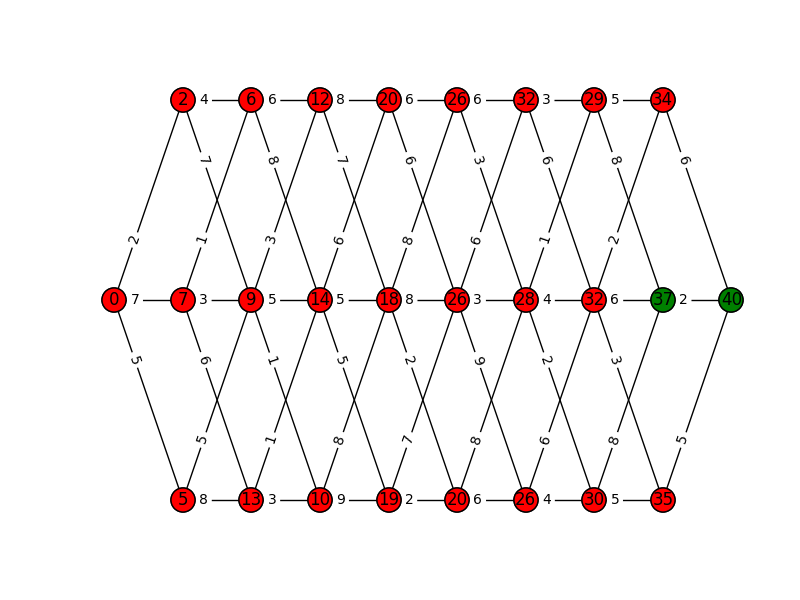 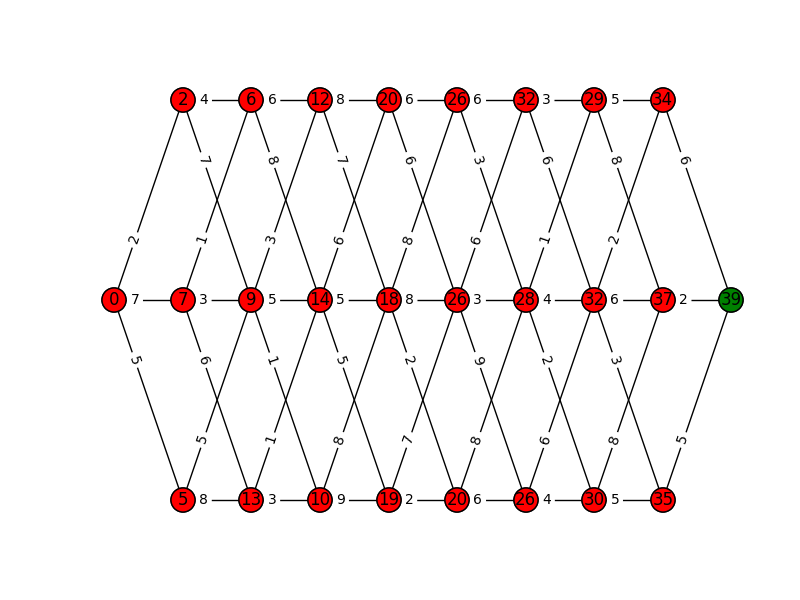