I know the famous 12 coin, 3 weighings problem has been asked a few times already. And I saw at least one solution which can be adapted to this problem. Here's a generalisation (one of the many which could be done of course).

Suppose you have 120 coins, all identical, except for 1 which is a slightly different weight. You have a pan balance, and need to make as few weighings as possible to identify both (a) which coin is counterfeit, and (b) whether it's heavier or lighter. 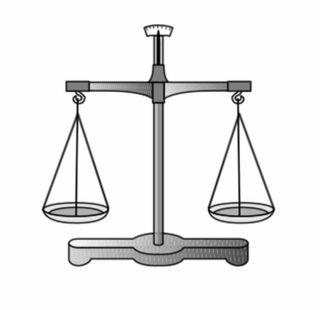 There's no cheating, like adding coins on half way (weigh?) through - that would be an additional weighing.

The answer may surprise some people. I would like to know:

A common solution to the 12 coin puzzle involves...I can barely type the word...cases (gasp)! That would get tricky for 120 coins, but you are, of course, most welcome to do so! I can't promise to read through all the cases and mark it right though.

First, number the coins using Balanced Ternary. This is a ternary numeral system using the digits -, 0, and + to represent -1, 0, and 1.

For the sake of brevity I'm going to illustrate this using 12 coins, but this can be easily extended to larger numbers. Just add more trits to each number. (For example, 120 coins would require 5 trits, corresponding to 5 weighings.)

Each of these can also be inverted by swapping each symbol.

This numbering now tells us where to place the coins.

HOWEVER, this doesn't actually work precisely as I have written it. No positive number has a - in its first trit, so the first weighing will have one pan empty. Unless you have a stock of real coins to compare against (a variant of the problem), it won't be a useful measurement.

So we need to invert some of the coins' numbers (so coin 5 might become coin -5), then interpret the result differently if one of these is chosen: a negative number will now mean that the fake coin is heavier, and a positive number that it is lighter.

This is where I got stuck in my own experimentation, but some web research indicates that John Conway came up with a very clever way to determine which ones to flip: go through the coins, and look at the first "change" in the sequence. If it is - to 0, or 0 to +, or + to -, keep it positive. Otherwise, invert that number.

This isn't as elegant as I would like—it feels like there should be some way to decide mathematically which numbers to invert. But for now, that solution is the best I have.

Each weighing allows you to triple the number of coins, so you should be able to do 36 coins in four weighings, 108 in five, but require six for 121 coins. The solution for 12 coins only gets complex for the endgame. For 108, you split them into three batches of 36 and weigh two batches. If they balance, you are down to the 36 case. If not, you have 36 H coins (which might be heavy) and 36 L coins (which might be light). Weigh 12H+12L against 12H+12L. No matter the result, you now have 12H+12L and can weigh 4H+4L against 4H+4L. No matter the result, you are in the 12 coin case where the first weighing did not balance.