No shoot Sherlock: Test your internet and detective skills with this one!

I have hired Sherlock Holmes to find something for me. We are near my home at an outdoor event and queuing for the refreshment tent. I suspect that the object is to be found somewhere in this area.

Holmes: So Mister Chasly, How can I be of assistance?

Me: Mr Holmes, you know I'm from near here. There's something I want you to find.

We near the front of the queue. Dr Watson comes hurrying up and pushes in without asking.

Ignoring Watson, I give the famous detective a piece of paper.

Me: I afraid that this is the only clue that I can provide.

I hand Sherlock a piece of paper with some figures written on it.

Holmes screws up his eyes and appears to be concentrating hard. After a few moments he opens his eyes, turns and points.

Sherlock: That way I think!

Forgetting about the refreshments, Holmes strides away. Watson and I follow behind. Soon we had found the thing I was seeking.

To those reading this puzzle - I wish I could show you a photograph of the object, I took one but but I have lost it. Can you make me a new one? I'd be most grateful.

Provide a photograph of the man-made object that Holmes found for me. The photo can be from any angle as long as most of the object is clearly visible and discernible among any nearby vegetation.

CodeNewbie has demonstrated that I wasn't quite specific enough. The object is smaller than the average house and bigger than a football (English type). It is roughly/partly spherical in shape.

On request from the community I have also removed the restriction that answerers should withhold their reasoning. Please do give your reasoning. Of course I would still appreciate if you could hide it by using the >! facility.

Note that this may be harder for some people because of where they live and therefore what they can be expected to know. They can still find all the information by using the clues but they may have to work a little harder and longer in order to find the extra knowledge.

You do not need a camera, just the internet.

Is this the thing that you're after:

Or, from another angle:

The discussion between Holmes and Watson mentions "Tea" and "Queue". Putting these together with the numbers and carrying out Google search for TQ 19852 05812, the first result (in the UK at least) is Shoreham Airfield Information Exchange in which there is a discussion about this building. The setting for the question is an outdoor event which could quite easily be at the airfield.

Is this the image you are looking for? 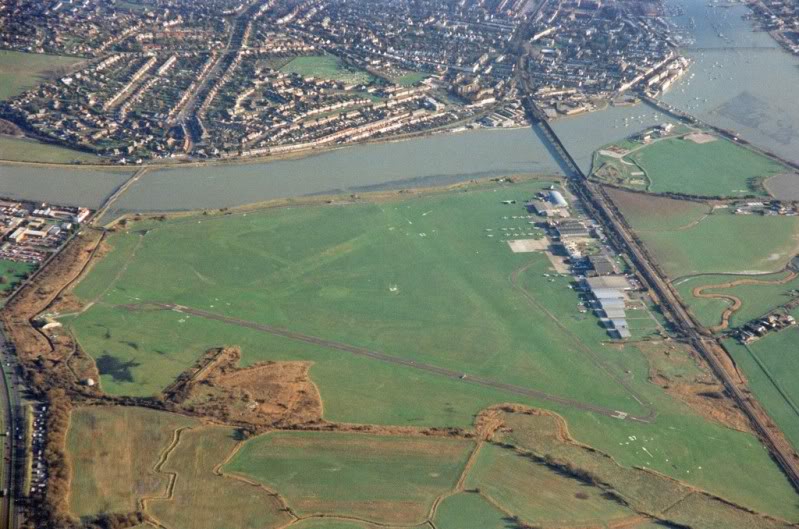 It is Britain's first licensed aerodrome. And since you are chasly from UK, this would be quite close to you.

Not the answer you're looking for? Browse other questions tagged story computer-puzzle geography knowledge or ask your own question.

1
Sherlock and the Luncheon
7
Sherlock Holmes and the road to perdition
10
Let's help Sherlock, shall we?
129
This is it. This is the one. Find your wife
6
The Mystery of Lake Laberge
5
Explorer's dilemma
2
The mysterious box: The First Clue
5
At Two-Twenty-One, B, Baker Street
15
One night in Baker Street
17
NASA analyzing message from space