Use the graph to find the clues. Use the clues to name the movie star

I like trying to invent new types of puzzles. I hope this one works. 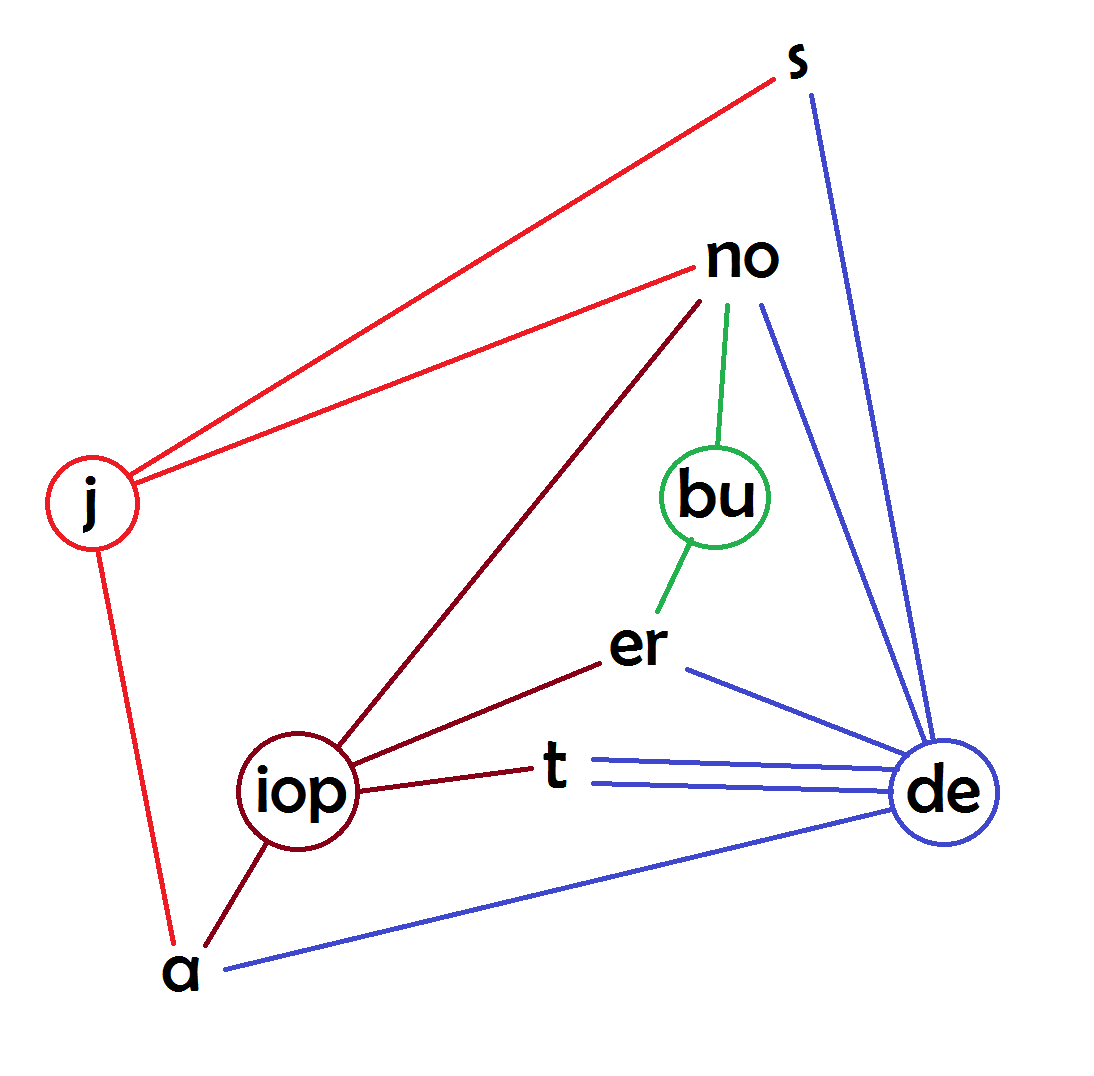 How was this achieved:

Looking at the groups connnected by red we get JASNO, which is an anagram for Jason.
Looking at the green we get BUNOER which anagrams to Bourne.
Matt Damon famously played Jason Bourne.
Maroon appears to anagram to Operation.
And Blue anagrams to Treadstone (thanks to Gordon K). Don't anagram all loosey goosey kids

How the graph works:

Anagrams are formed from the colour groupings. The colors have a node which is the circle, it is unique to that colour. Then then lines out from that color's node indicate the number of time the letter pair at the end (that isn't the node) appear in the anagram.

Not the answer you're looking for? Browse other questions tagged letters or ask your own question.