What is the solution for this puzzle from this IQ test? 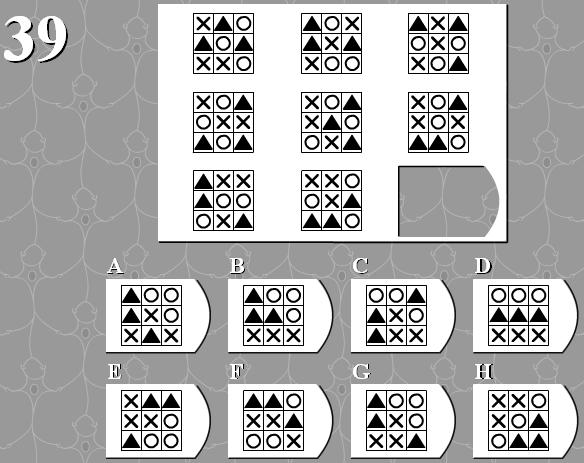 While kim123's answer is correct, there is a simpler logic shown by colors: 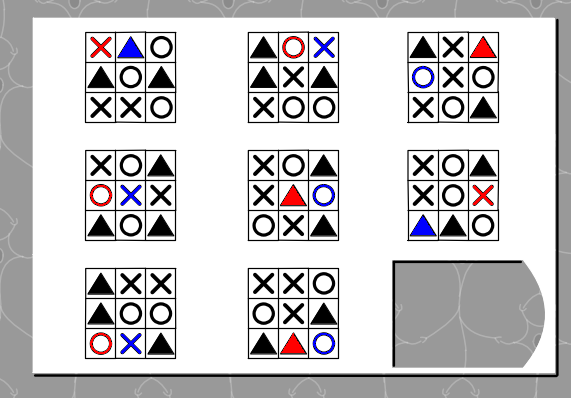 shapes are moving and morphing. For instance, the red cross begins its journey from the the upper left crossword box to the the (missing) lower left crossword box. Steps forward and transforms (rotates). The same happens for the blue triangle and the other shapes.

The answer is B.

Pictures must be considered consecutively from left to right, from top to bottom.
Each picture is obtained from previous by several transformations:

The three rows are unrelated: each row starts with a new pattern which undergoes the two transformations to get from the first column to the third.

The transformation has been correctly described in previous posts: 1. Move the nine symbols one cell right, wrapping those on the right to the left but one row down and with the bottom right cell going to top left. 2. Change crosses to circles, circles to triangles and triangles to crosses.

7
What is the pattern in this IQ test puzzle with spotted triangles and arrowed circles?
17
Difficult IQ test question: What is the box suggesting?
13
IQ-test-type question with not satisfying answer
5
Finally Returning Home From my Vacation!
2
Which is the missing pattern? Why?
0
What are the missing patterns? (From a 5th grader's school book)
2
Pattern Recognition
2
Two IQ test patterns
3
Pattern IQ Task