Friend gave me a note I am not sure how to read. What does it say?

Tim Hansen gave me a note last week as we were leaving lunch and heading back to work. The paper was folded into quarters, and there were no directions to help understand what was written in the squares. He said that it should be easy to figure out, but the challenge might as well be shared with others.

The proper orientation for the message is unknown but probably is one of those shown below. Several images were created to archive the message as the original sheet of graph paper has now been discarded. The only useful peace of information Tim provided was that he called it a cipher of some sort. 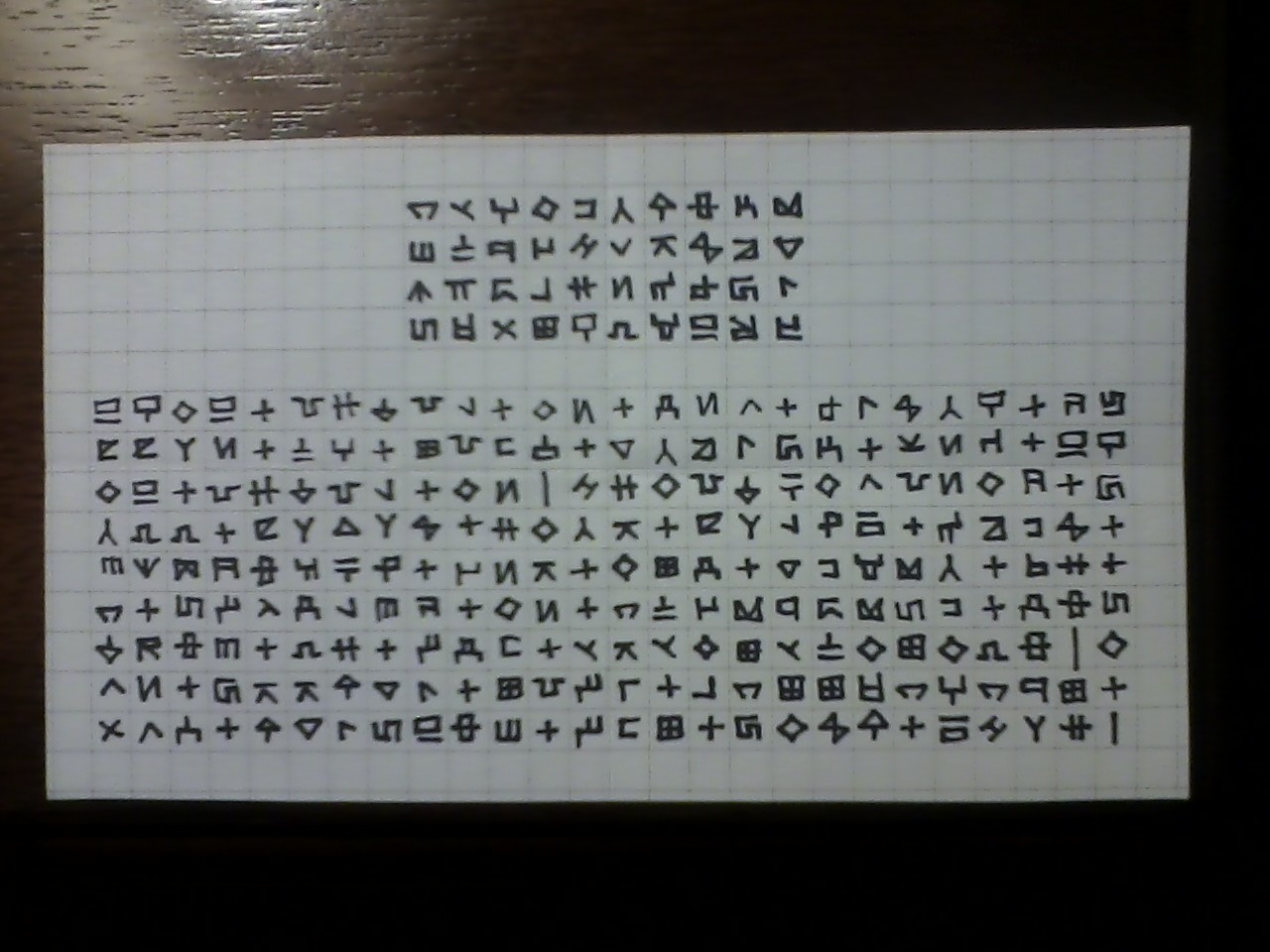 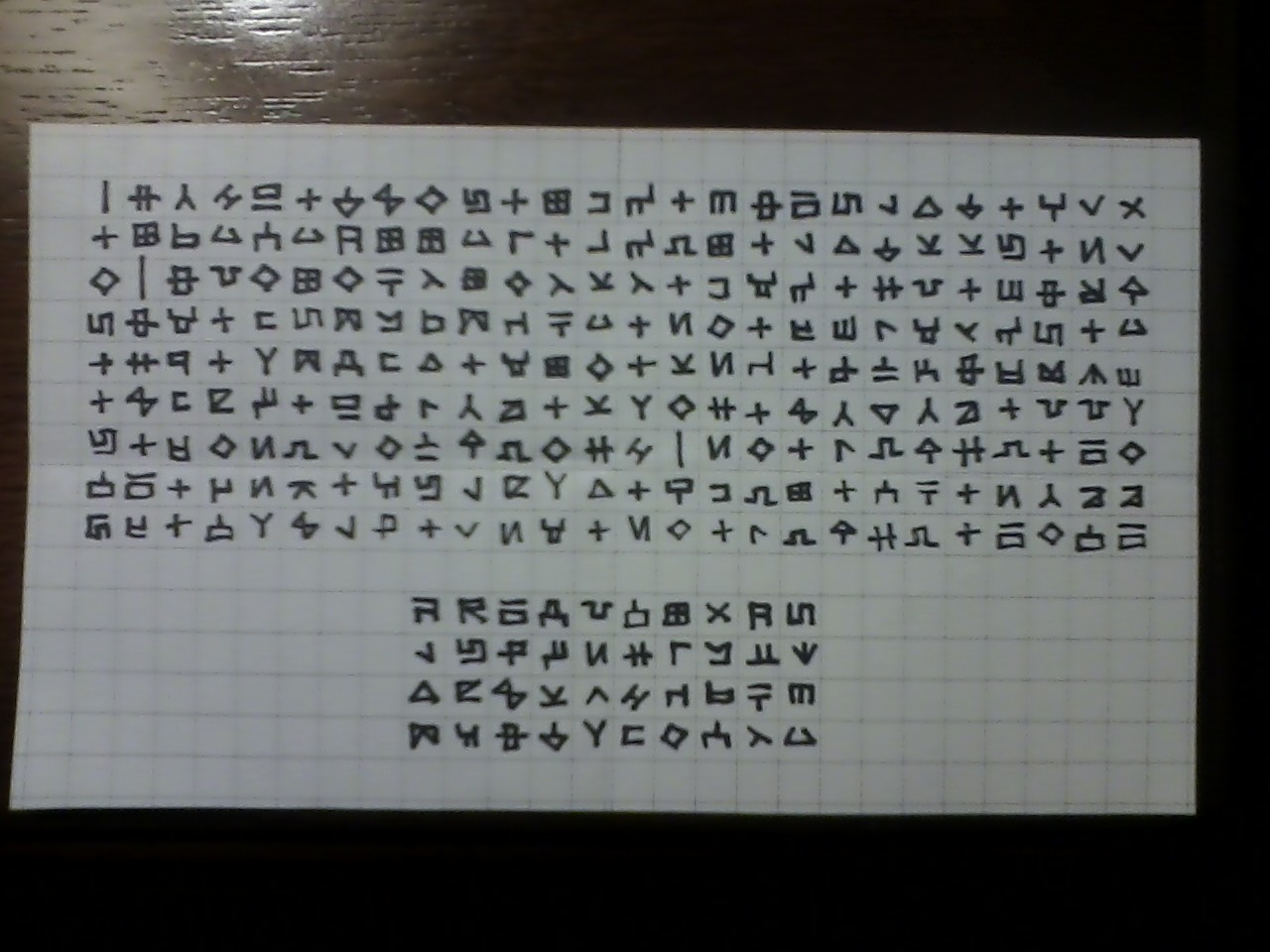 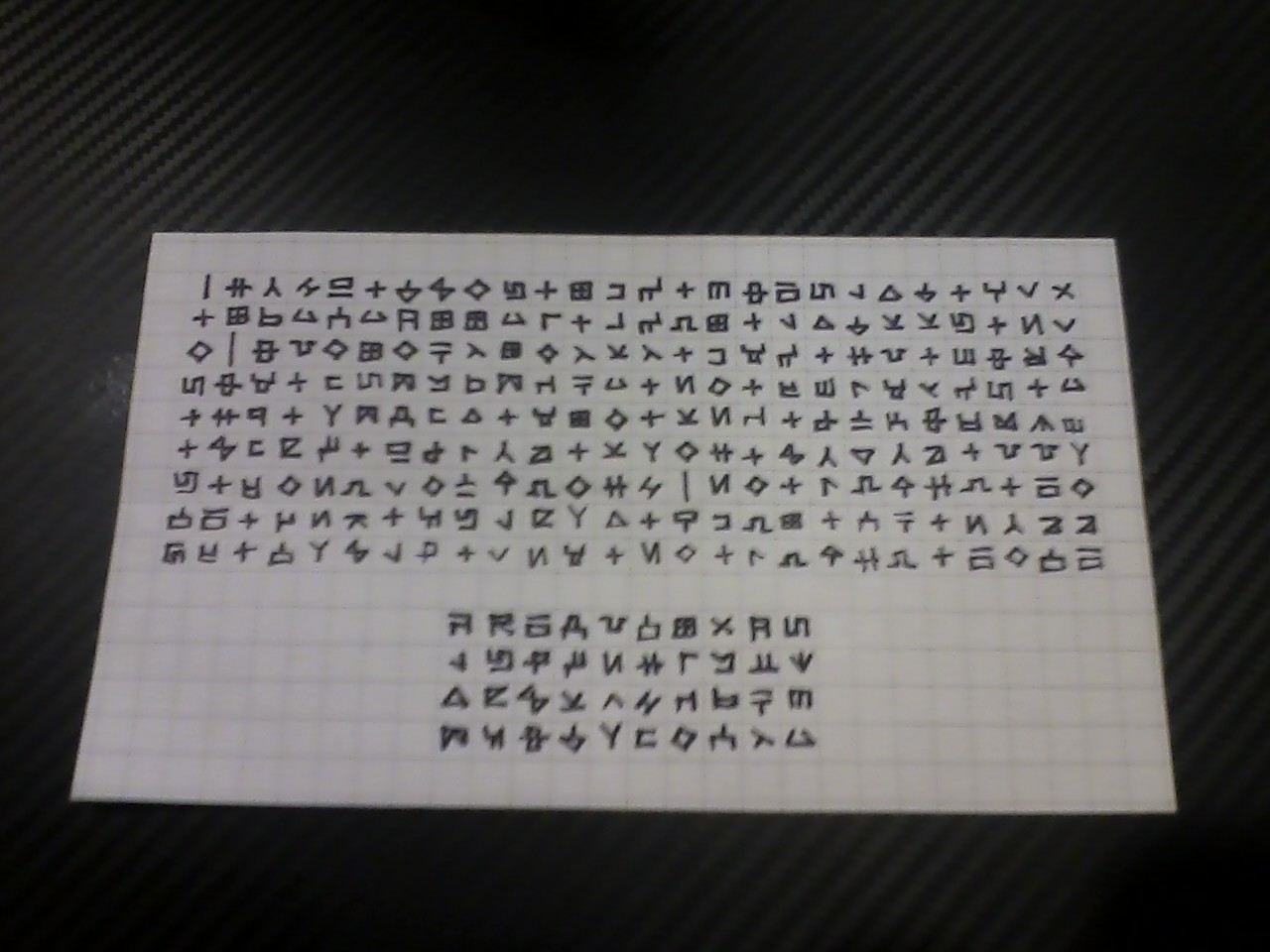 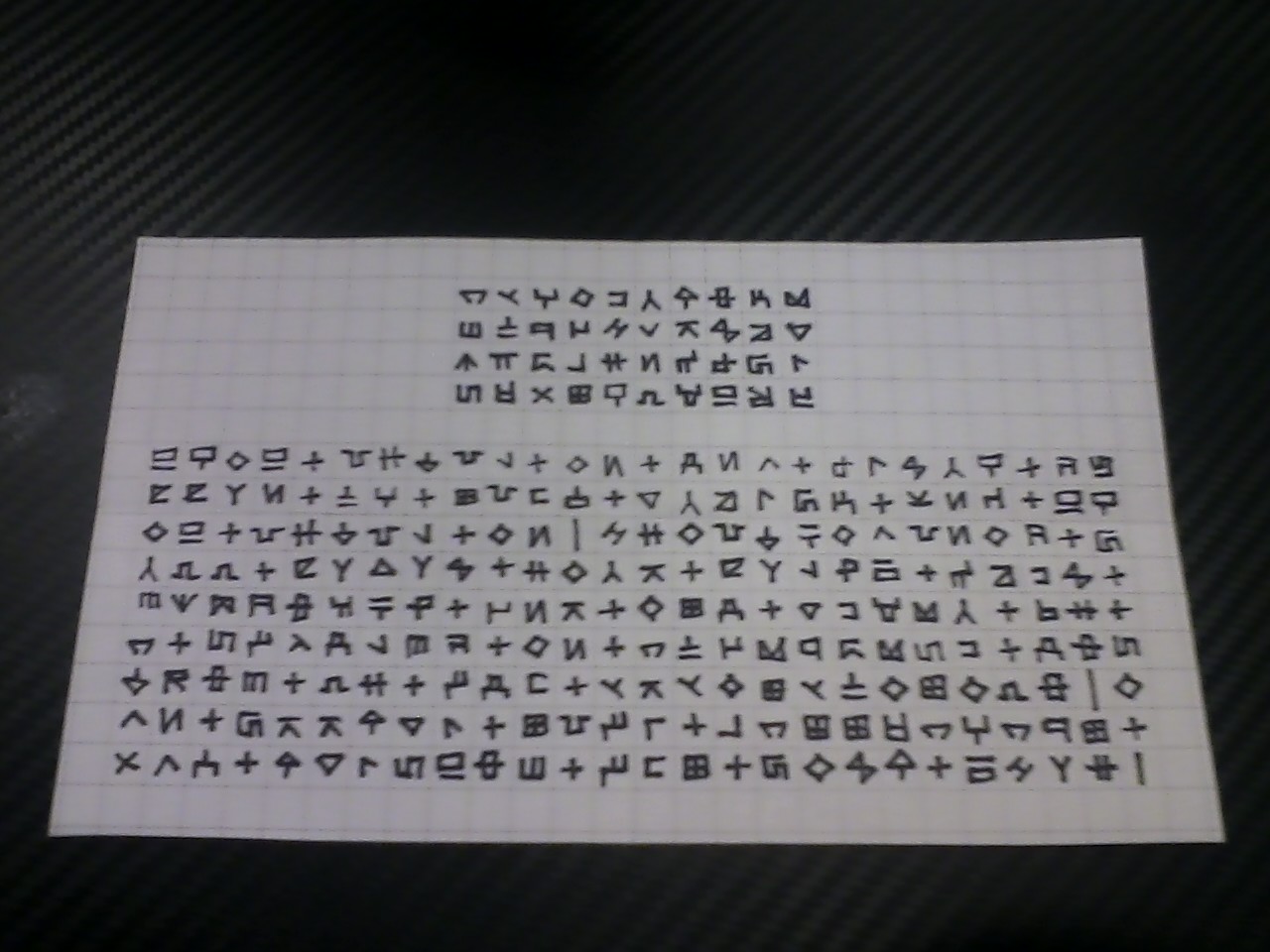 I have a partial explanation, and an imperfect (but good enough) decryption method.

Building on the excellent work by GentlePurpleRain, I noticed a pattern, which is much more apparent if we apply a small modification to his setup.

First of all, arrange the 40 symbols by columns instead, like this:

As already established, + signs are spaces, and | are periods. Now, look at OAPPHAIAJP, which is the word that GentlePurpleRain already identified with SETTLEMENT.

If you look at the alphabet table, you will notice that the encryption is a simple shift to the right.

With this hindsight, I tried to decrypt the first sentence, and I managed to get this:

I'll try and come up with a more precise rule.

As pointed out by f'' in the comments, the shift values are defined by the word's length (minus one, depending how you count).

I also have the full text:

That which is not owned cannot be held ransom for that which is. Distribution will never gain power over creation for the value of a product is inversely related to its availability. One offers cold settlement and another his warm gift.

Since I find it very difficult to understand random symbols, I transcribed this cipher into text, using the following key: 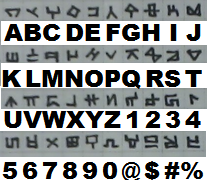 (The symbols I used are obviously not the intended decryption; I just used them to make it easier to peruse the text and find potential patterns.)

As noted by @Mircea, the $+$ symbols are likely word breaks, and the $|$ symbols are likely sentence breaks. Also as noted by @Mircea, every second word (with one exception) is "upside-down". As indicated below, these words have been inverted as a whole (the entire word has been rotated, as opposed to each individual letter). I have indicated the "upside-down" words by enclosing them in parentheses.

Here is the transcribed text (as it appears above):

With the inverted words inverted (so all words now read left-to-right):

Here is a frequency analysis of all the symbols:

Some guesses up until this point:

the small block is the cipher - no 2 symbols are repeated.
+ is space (it does not show up the cipher)
also the interesting thing about the cipher is that it's 40 symbols - makes me think of Shaw/Shavian Alphabet
also if we accept that + is space, the letters in some words are taken directly from the cipher, in other words the letters are mirrored top to bottom cipher letters (for last image - first word direct, 2nd word mirrored, 3rd word direct, 4th mirrored...)

Not the answer you're looking for? Browse other questions tagged cipher enigmatic-puzzle visual language or ask your own question.