Old man Skyler was a solitary but friendly old man who lived in Lander, Wyoming. As a hobbyist, he loved nothing more than making model planes and selling them cheaply to kids at local events. He wasn't a rich man, but lived humbly and generously. Unfortunately, old man Skyler passed away this March from a heart attack.

The people of the community were sad, but as they began to organise his affairs it was discovered that he had arranged for his life insurance to form a trust to help the area. However, the insurance company claims that his insurance has run out, and that they cannot confirm that he died while the policy was still active.

Old man Skyler was last seen alive on Thursday the 5th of March, by the postman who was delivering a package. He'd talked to the postman about the package, which was a new model plane that he was very excited about. He was discovered dead on Friday the 13th. Everything was covered in flock, which he must have knocked over in his last moments. His insurance policy was valid up to and including Monday the 9th.

As an expert puzzler, the Lander community brought you in to help sort things out. His house has been sealed and preserved since the old man was found dead. You go inside and have a brief look around the place, and then settle at the desk, stirring up flock as you sit down. On the desk is the new model plane: 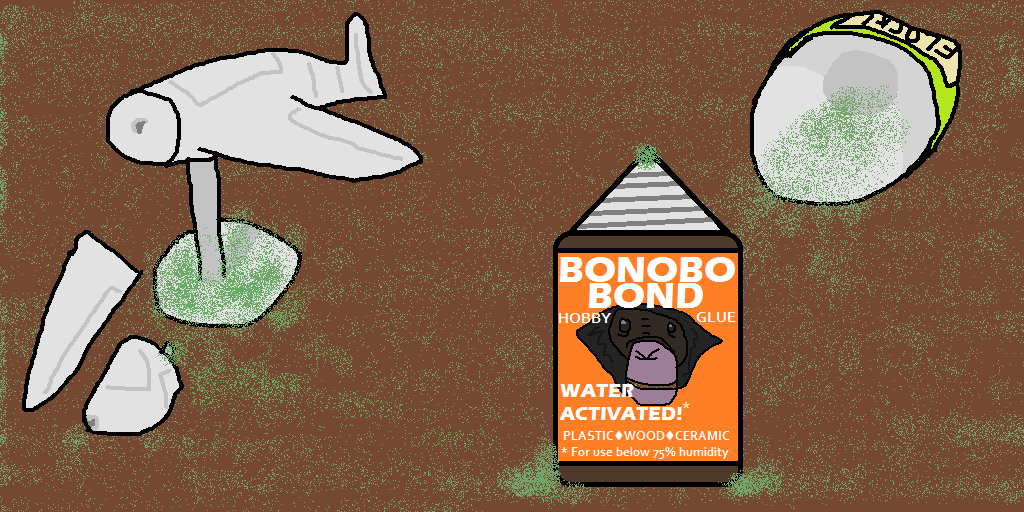 Can you prove (as much as possible), one way or the other, whether or not old man Skyler died before his insurance ran out?

There's more to the image than just the glue label, but nothing you won't have the tools to find.

Okay, so a bit of palette-shifting shows there are two colors of flock on the desk:

RGB = [101,173,99] in a few specific areas - the spout and bottom corners of the glue bottle, several foot-print-like blobs leading from glue bottle to plane, on the base the plane is attached to, and the lumpy plane piece with a tab sticking out of it. 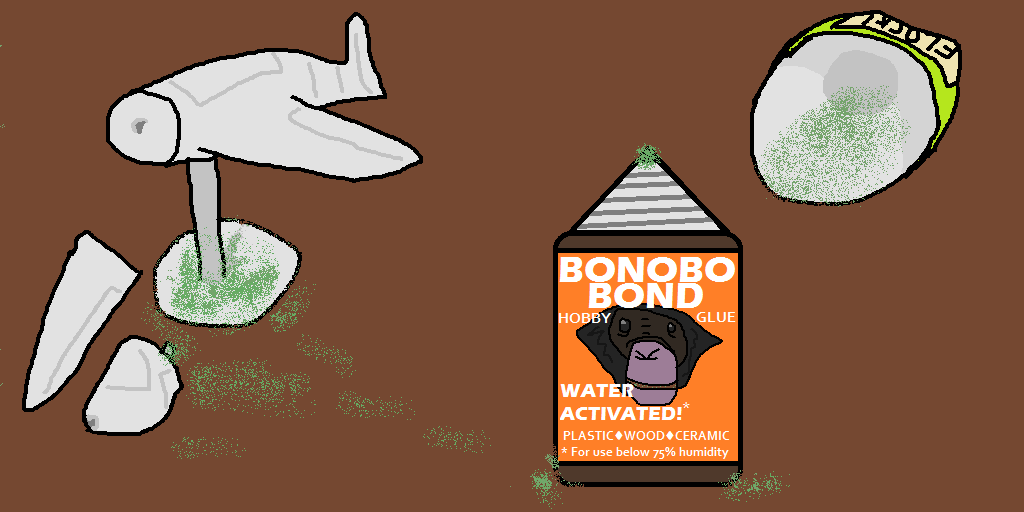 If we assume the color change represents flock that attached to glue upon spilling vs. flock which landed on clean desk, then evidently Mr. Skyler had made a gluey mess of things just before he died.

But in doing so, he effectively placed his own time of death to a day between the 5th and 9th: Per the comments from VictorHenry and f, above (also TIL that single-letter user names are allowed), we learn that the humidity was high enough up to the 9th that any glue he spilled would have activated, causing the flock to glue to the table. But from the 9th to the 13th, the humidity was below the 75% threshold necessary to activate the glue (per the note on the glue bottle). If we assume the glue dries within an hour or so, then the flock had to have been spilled shortly after he dripped glue on the table sometime before or on the 9th.

Thus, assuming that he spilled the flock upon his death and not before (which is explicitly stated in the puzzle) his insurance coverage had not yet expired.

Not the answer you're looking for? Browse other questions tagged visual enigmatic-puzzle or ask your own question.

21
Hidden in plain sight - By what method do these images hide a prime number?

47
The Thirteenth Arrow
37
A Puzzle That Dims a Tornado
14
The Hyper-Modern Kidnapper: Crime Scene #5 (The last crime scene)
30
The old tinkerer's safe
6
Spider Man's wall climbing machine
19
The strange story of Lord Lefthide
6
Understanding the Rookie's Notes
16
The Old Man and the Police Officer
2
Picture puzzle: Leaf to Heart
5
Peter Rise was a wanted man.. how did he escape?