Five Angles in a Star

In a regular pentagram (5-pointed star), the angle in each point is 36 degrees, so the angles in all five points sum to 180 degrees: 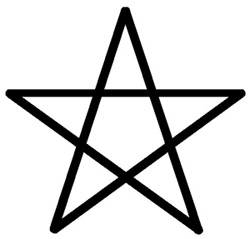 What about an irregular pentagram, such as the following? 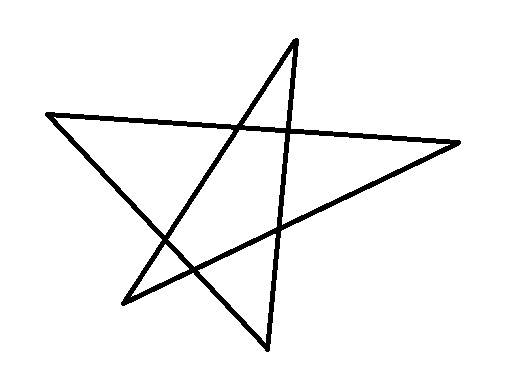 Now the angles might be all different from each other; the situation is much more complicated. Can you prove that the angles in all five points still sum to 180 degrees?

Restrictions (to make clear that this is neither a maths problem [as opposed to a maths puzzle] nor an exercise in computation or advanced Euclidean geometry):

This is an image of an arrow sweeping each of the successive angles in the star. Notice that, after it traces all $5$ angles, its orientation is reversed - meaning it has rotated $180^{\circ}$ and that this must be the sum of the angles. We can do the same thing to the star in your figure, ergo, its angles too sum to $180^{\circ}$. 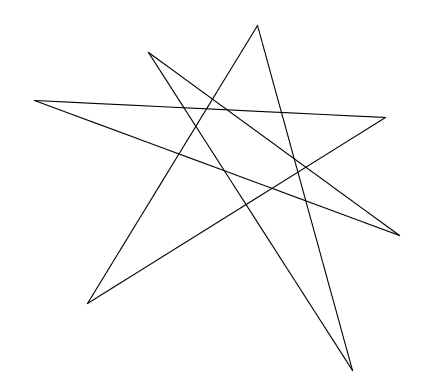 We can also do this to a triangle. The important property is this:

There must be no vertices of the star interior to the cone swept out by a ray traversing a given angle.

Satisfying this condition - which basically says that we never have to "ignore" vertices, but instead just rotate the arrow and see what it hits - we find that we can order the vertices in a "clockwise" manner, so that, at each angle, either the head or the tail of the arrow steps to the next vertex in the order (and they alternate which). Obviously, both head and tail will make a full revolution when twice as many angles as vertices have been traced, yielding the desired result.

(One might also express my condition as "assigning the vertices the numbers $1$ through $2n+1$ in clockwise order as seen from a central point, it must be that $1$ connects to $n$ and $n+1$, and all other points are connected analogously")

Place your pencil on line 1. 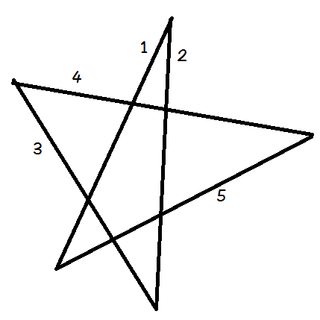 Rotate your pencil so it lines up with line 2. You just rotated it counterclockwise by the angle at the top of the pentagram.

Now rotate it counterclockwise again onto line 3. Then again onto line 4, then 5, and finally back to 1. You have just rotated your pencil through all five angles of the pentagram in sequence.

And what happened? The pencil now lies on the same line it started at, pointing in the opposite direction. If you track which direction the pencil points at each step, you can see that in total, you rotated it counterclockwise by one half turn. Whence, $180^\circ$.

Label the points as shown, and draw the line-segment CD. Use A, B, etc. to denote the angles we are asked to find the sum of. 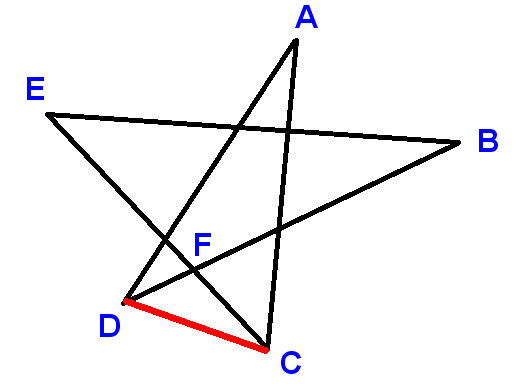 which is obviously true because

The sum of the interior angles of a pentagon is always 540°.

Here's another neat proof, this time by induction. We can make the pentagram by starting with the regular one and successively moving four of the points. So it is sufficient to prove that 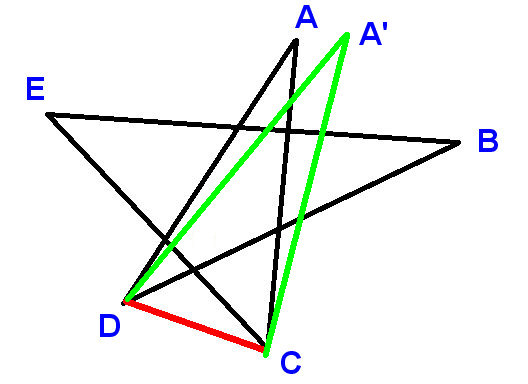 It is sufficient to prove that

the change in the top angle and the changes in the angles at C and D sum to zero.

On this new diagram 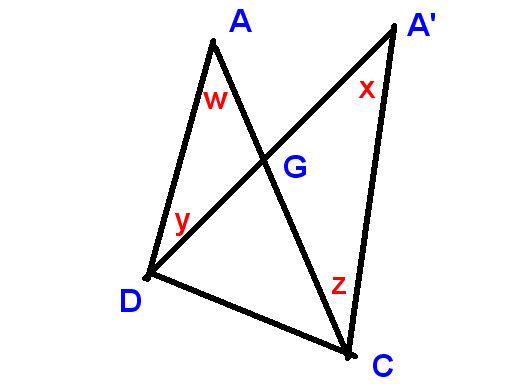 and we need to prove that

which is obvious, as before, because

LHS and RHS are the complements of vertically opposite angles at G. 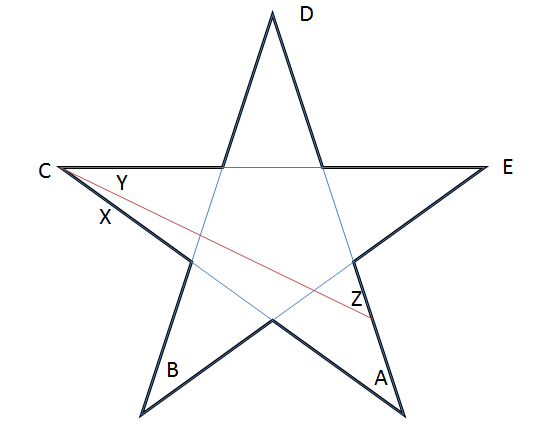 So we can continue to draw segments and create new stars (and rescale them) until we reach the shape desired.

It's inevitable that some arithmetic must be done--the intended conclusion is a quantitative one, after all--so the challenge should not be to hide the arithmetic, nor to call it by some other name, but to make it obvious and dead simple. The following argument reduces the arithmetic to observing that five is one more than four (and that a whole is twice a half, a fact used in passing).

The star winds twice around its center, and therefore anyone traversing it will have to turn two full circles (four half circles). All turning occurs only at the vertices, where the maximum amount is a complete about-face of one-half of a circle. For five vertices that would be five half-circles, or one more half-circle than is actually turned: 180 degrees. The deficiency between this maximum and the amount of turning that actually is accomplished is precisely the sum of the interior angles, QED.

This approach is the one taken in modern (i.e., post-18th century) mathematics. It generalizes to arbitrary figures of arbitrary dimensions drawn within other figures that themselves can be curved. It is known as the Gauss-Bonnet Theorem.

Now, if you inscribe the star into a circle, you get this: 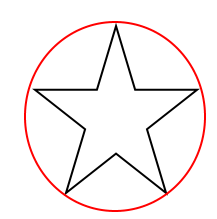 Labeling the previous drawing, you get this; 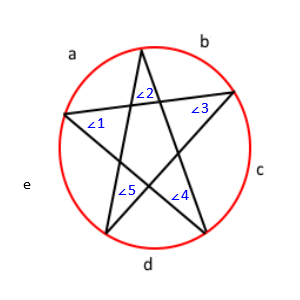 This proof in a sense is nothing but counting the degree of angles.

Recall that a pentagon, whether regular or irregular, has its internal angles sum to 540. Also, the angles of an intersection of 2 straight lines sum to 360, where also the opposite angles are congruent.

5 triangles contain 5 x 180 = 900 degrees worth of interior angles. 720 of those degrees are at the corners of the pentagon/triangle/intersection.

Edit: The arithmetic here is simply shorthand for angle addition and subtraction, same as is done in other answers.

22
Find 10 triangles in a five pointed star using two straight lines
11
Star-Lord and the Space Police
11
A Puzzling Grid
4
The Perfect Star
10
Laser Beams in Helsinki Skies
4
Prime magic star
8
There are polygons with only right angles which have an odd number of corners
7
When is a robotic arm able to reach any point (closer than the length of the outstretched arm)?
9
A theorem about angles in the form of arctan(1/n)