Similar to that group, these birds have gathered prior to a hunt albeit an evening hunt instead of a dawn foray. However, the Strigiformes gathered here have a different group system. Not only do they have different rules to follow, but they don't mess around with sho-who-whoing outsiders away. Imposters are torn to shreds and fed to the hawks as payment for staying out of the owls' hunting area. Sadly, this has not led to increased security. This group has two outsiders in their midst.

Can you identify the two owls behaving anti-socially (I.E. not following the parliament rules) in the image below? What is the rule?

A valid answer must contain the parliament rule and why those particular owls are not following it. The puzzle can be solved with a black-and-white printout of the image. 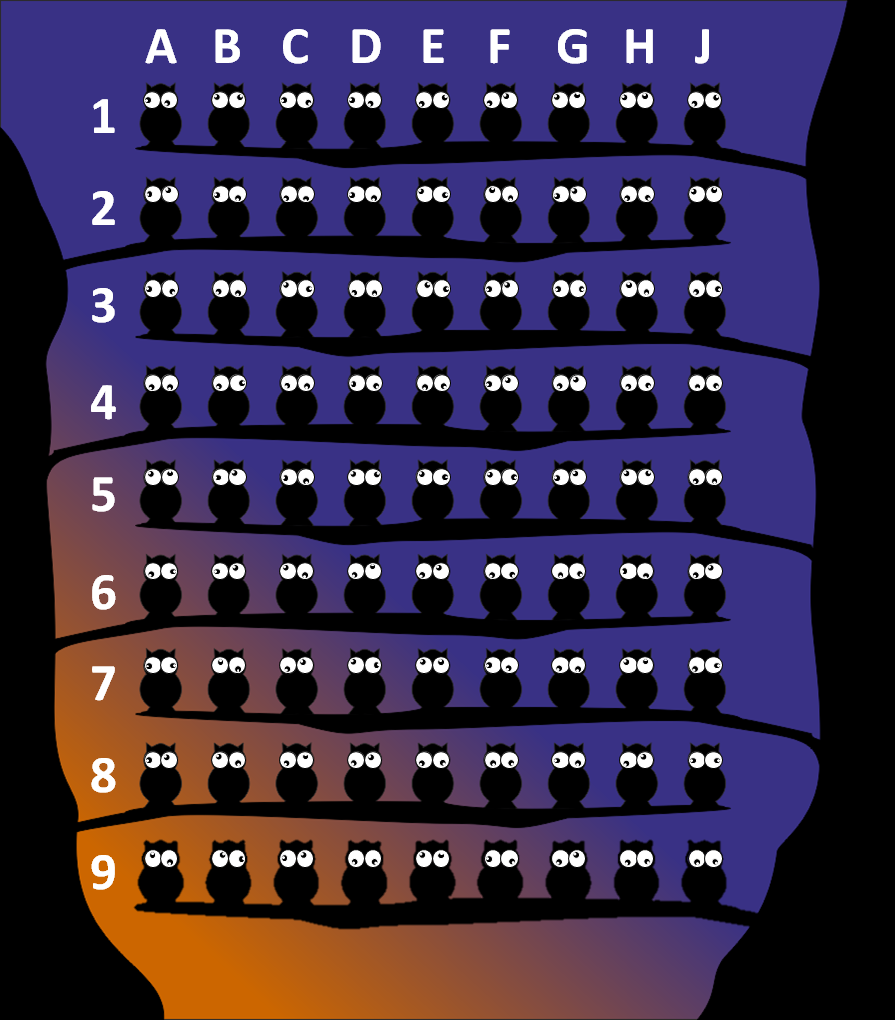 Note 1: In the column labels, I skipped the letter I on purpose to avoid confusion with the number 1. It is not a clue.

Note 2: BmyGuest found a valid pattern that I missed. The owls he found are, in fact, the odd birds out. I have since changed those two bird eyes such that they are still outside the intended pattern but no longer fall under the pattern BmyGuest found. I have delivered +1 to that answer nonetheless.

The one two and only hints:

I added a row of owls simply because I liked how the pattern broke there. It doesn't really matter how many owls there are. The pattern holds up for any positive natural number of owls. Therefore, they must be following a pattern or series.

There are 64 possible eye pairs. Only 30 are valid and only 18 are used in the picture.

The odd ones out are

The pattern is semaphore. Use the directions of each owl's eyes as the positions of the flags.


These are the lyrics to the lullaby "Hush Little Baby".

The answer below was valid prior the image-edit. It does no longer apply.

This quite likely is a too simple solution, but two owls stand out: A2 and D7

These two owls are the only ones with a unique eye combination. All others copy at least one other owl.

I'm still struggling to see this, but I want to get some momentum into this puzzle, so as work in progress I'm summarizing some ideas.

First the facts (approved by the OP.): 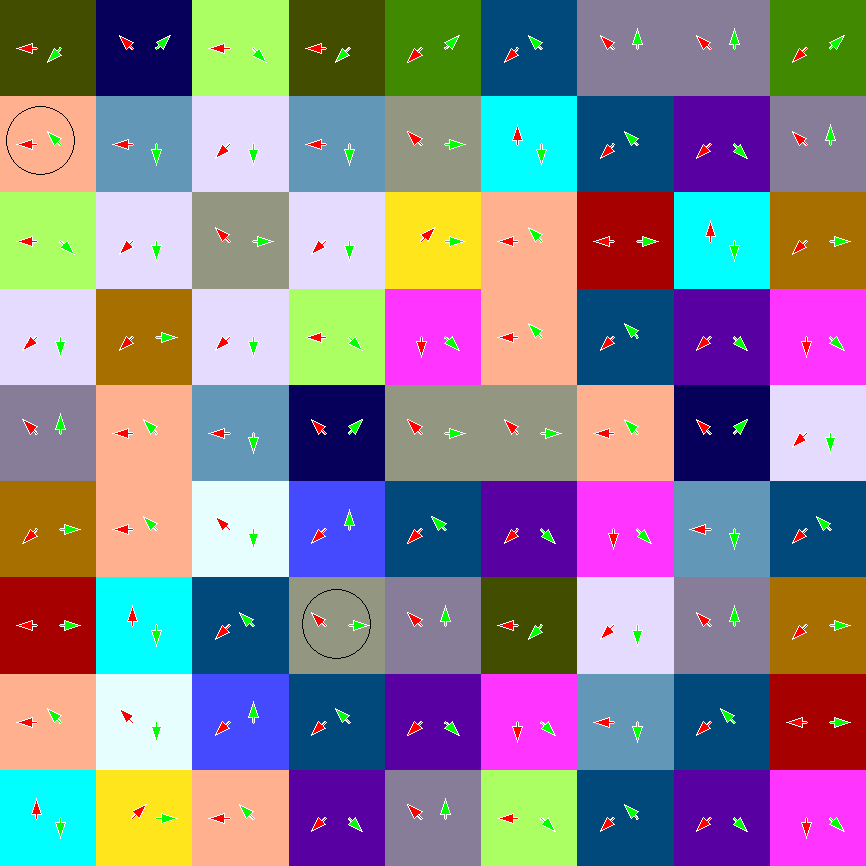 Some ideas to work on:

- The fact that the "wrong" owls were replaced without altering the other pattern, or indeed the fact that the patterns exists with some mistakes in it, lets one assume that the pattern does not depend on the other owls, except the dependency is such, that both incorrect owls depend only on each other and no other depends on them. This rules out things like "left neighbour" or "sum of the row" etc.

- The fact that there are invalid combos needs analysing. What logic reason can reduce 64 --> 30 ? Some non-decimal number system maybe?
- Is it a 2D or just a 1D pattern? If 1D, what is the "sequence" order? left-right or up-down?

- Are all owls determined by a rule, or is there a "seeding" owl which defines the pattern. From the storyline, all owls should "independently" be able to match a pattern.

- It is intriguing that - if you just read the lines left-right and continue to the next line - you find some of the patterns repeat themselves. This is most noticeable in the blue-purple-pink sections. Sometime patterns repeat for longer than others, but I can not think why exactly they break differently. Obviously it has to do with "other owls", but how?

The rule is that..

an owl may only make eye contact with at most one other owl. Owls are making eye contact if they are looking in each others direction with at least one eye and there are no other owls between them.

The two owls breaking this rule are...

37
Owls at sunset - find the odd one out

16
Help! I've forgotten my phone's lock pattern!
5
Now help me choose a new lock pattern for my phone
20
What is the central color?
37
Owls at sunset - find the odd one out
5
Connect the colored dots
4
A rose by any other name
7
What's the most complex pattern to decipher if you have seen the pattern
2
Two IQ test patterns
7
Bongard n°4: Neutral vs Town
3
What is the pattern that should appear in the box?