(thanks for viewing my first puzzle! I promise you, everything you need to solve it is here, have fun!)

Notes: The drink is not water, and Mrs. Dunham is surprisingly healthy for an old lady and does not take any medicine nor need any vitamins. The drink in question is in addition to any drinks served at breakfast, lunch, and dinner (or whatever terms you use for regular meals). There are no hospitals in Hell, that I know of, so you can safely count that out of your potential answers.

Okay, to add to the riddle to help it not be too "broad" (I hope that term isn't being used to disparage poor Mrs. Dunham), let me say this:

The three times of the day are directly linked to the drink, for very old reasons 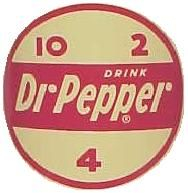 an Old Fashioned because Mrs. Dunham is a very old-fashioned lady

And she drinks it at :

I get the distinct impression that Mrs. Dunham drinks

Tea, which she obviously drinks at the three teatimes throughout the day (afternoon tea, high tea and evening tea).

As others have mentioned, there are cities/towns named Hell throughout the world so this likely refers to one of those. I don't it matters which one. Dunham is also a traditionally British surname, implying that Mrs. Dunham is British. At the very least, she is married to a British man and it is not too far a stretch to assume she may have adopted some of his habits.

I know this is a racial stereotype but it also happens to be generally true that most old-fashioned British folk drink tea regularly throughout the day. At the very least, it implies that she observes older customs and drinking tea would certainly fall into that category.

Mrs. Dunham has a bit of a drinking problem.

I got nothing of value from this statement so I'm assuming it's thrown in as misdirection to make people think she's drinking alcohol.

Three times a day, every day, she drinks.

There are three teatimes during the day: afternoon tea, high tea and evening tea. Being old-fashioned, she probably observes all of these.

Teatime is not nearly as popular outside the UK as it is in it so wherever Hell is, chances are the locals don't drink tea as religiously as she does. It's not unreasonable to conclude that her variety of choice is not produced locally and would need to be imported.

Tea is generally considered to be quite healthy and I'm not aware of any health issues that would arise from drinking it frequently. This fits with the clue that she is surprisingly healthy.

Thus, at three a day, Everyday she would drink. Just like it says on the tin.

Just for the hell of it:

Mrs. Dunham is an imp in hell.
She drinks human blood 3 times a day as a snack [once between breakfast and lunch, between lunch and dinner, and once before going to sleep]. She also eats pie twice a day at 3:14 while everyone else would have to watch.
(She would of course freshly bake each pie as most old imp ladies would)

Notes:
Mrs. Dunham is old-fashioned because not many imps in hell still drink human blood.
The problem with her drinking is that she can run out of people!
(Mrs. Dunham also always puts raisins in her cookies and cinnamon buns)

Not the answer you're looking for? Browse other questions tagged riddle lateral-thinking wordplay or ask your own question.

25
How did the man hang himself?
29
What are the features of a well-written puzzle?
6
Elevator puzzle

29
A letter to my girlfriend, she would have been thirty this year
22
Romance and Higher Learning
36
My friend and his six roomies
4
Everyone knows bullets are magnetically pulled to anyone who's about to retire
11
A short story describing a famous person
1
When at first you don't succede try and Try again
4
Reena and the doors. How many?
8
An awesome but unusual concert
12
A ruff awakening
7
A riddle that is dear to me