Find the path in 15 transitions

I found this online (I don't know who made it) 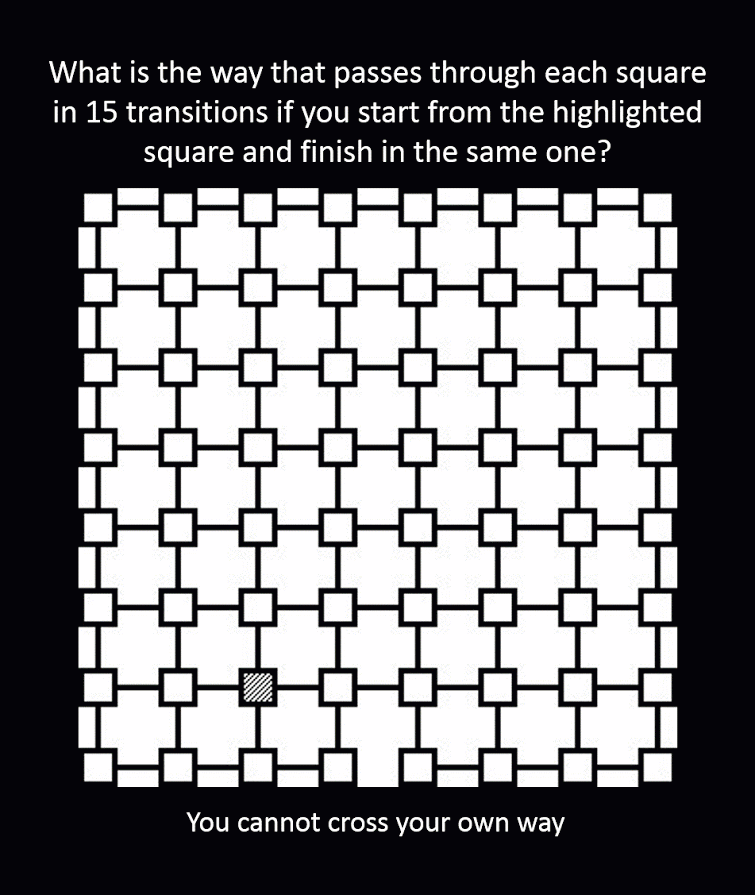 (Note: there is a missing link at the bottom!)

I guess that a transition is a contiguous movement in the same direction (or: the number of changes of direction plus $1$).

I can't solve this in $15$ transitions, and I am starting to doubt a solution even exists. This is the best I could do:

Got it! Here's a badly-done drawing: 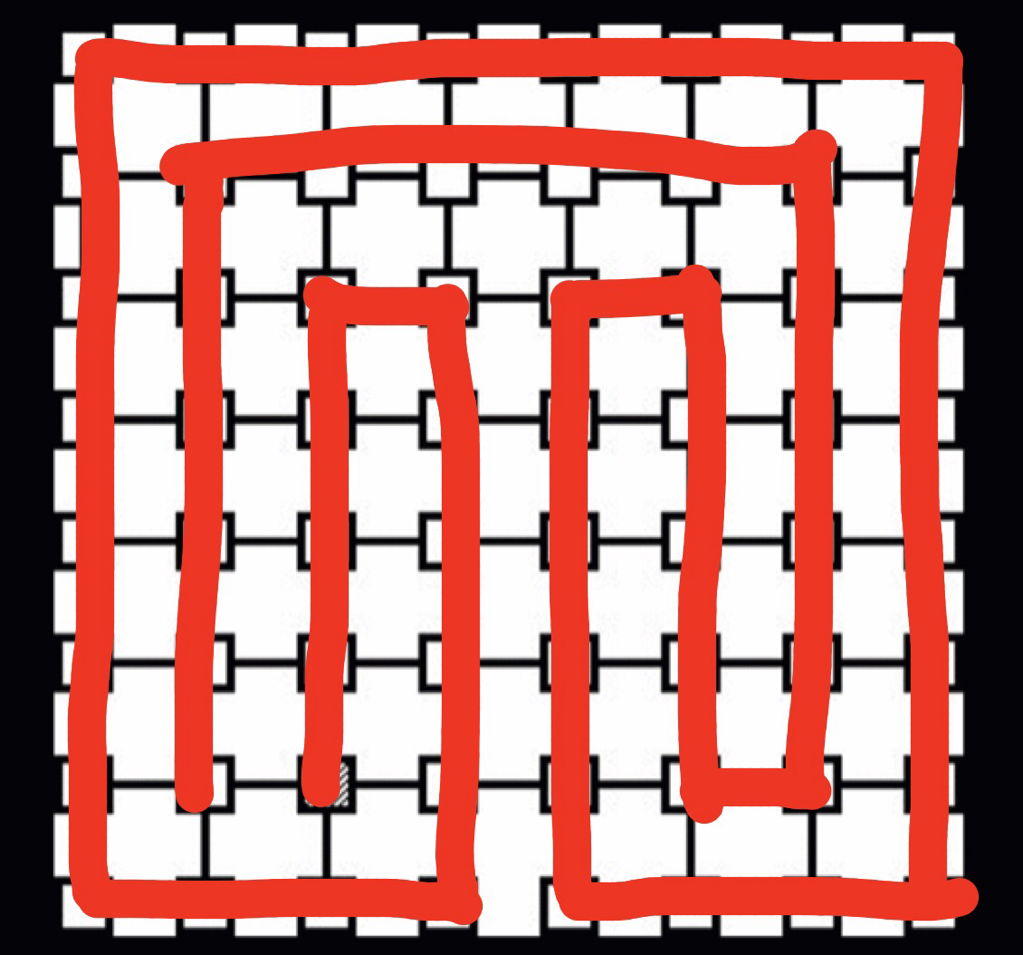 It's actually impossible to do this in fewer than 16 transitions if you use only horizontal and vertical transitions, even if your path is allowed to cross itself and/or go out of the box!

Proof: Pick any closed path passing through each square. Extend each transition into a line. Now merge all runs of consecutive identical lines. Now these lines still cover all squares together, and the number of horizontal and vertical lines in the extended path is always equal (and not larger than the number of transitions in the original path), since horizontal and vertical lines alternate.

Hence any axis-aligned path through every square must necessarily have at least 16 transitions.

And here's a non-axis-aligned solution in 15 transitions with self-intersections (14 if you can start somewhere else than the marked square), credit to Sam Loyd: 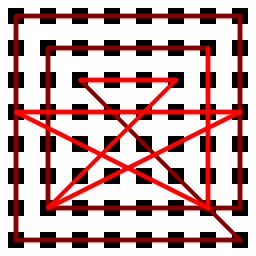 The rule you can always apply on a square like this is: shortest even side * 2
This works for every square/rectangle with atleast one even number.

This is the result that I got. It is drawn with fifteen lines, none of which intersect. This is how I interpreted the rules. 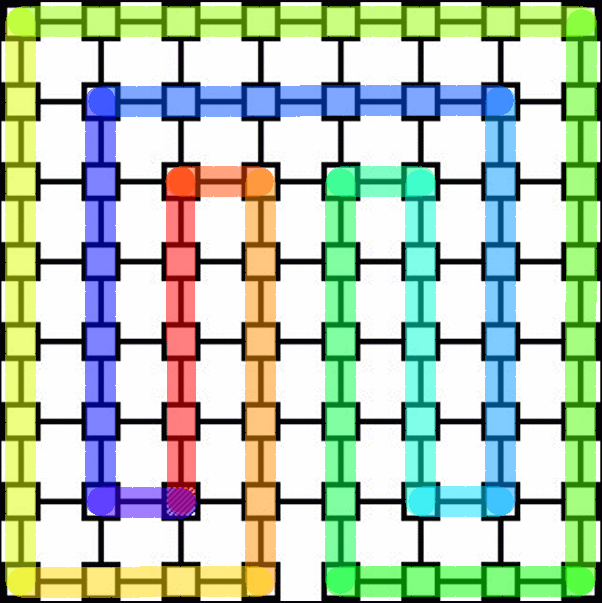 This was drawn with sixteen lines, indicating that there are fifteen changes of direction.

55
A well balanced puzzle: Logic puzzle(s) in visual disguise
11
The Woman and Bird in the Night: Can you solve the riddle related to this painting?
51
Find the treasure before Dargloc does
12
The Dice Star Strikes Back
8
Meeting a friend
26
Transport Networks - An Introduction
21
These alien safes have no end
15
Defuse the Bomb
13
Number maze with a twist
8
Nono-cube - Ultimate Puzzle Giant