From your pocket I can scare. Who am I?

Found at the unlucky square
From your pocket I can scare
With precious metals, my premiere
A pet that dad and daughter share

Within a ball I make my lair
My wings are furled, a double pair

Hint 2 (Doesn't say much about the answer, but should help you find the group it belongs to):

A tree-named teacher does declare
Of your sex, they're unaware
A catalogue they have to spare
For the creatures that to catch, you dare 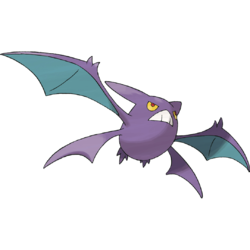 Maybe something to do with how Crobat evolves by happiness? Not sure.
Could also possibly have to do with how people of all generations can enjoy playing Pokemon games at this point.
With credit to tfitzger (comments below):
Both Koga and his daughter Janine have trained Crobats.

Within a ball I make my lair
-- Pokemon live in Pokeballs.
My wings are furled, a double pair
-- Crobat has four wings, two pairs of two.

This answer is a work in progress, I'll fill in the clues as I figure them out.

The 13th element in the periodic table.

This one I am unsure of. Could have something to do with cell phones containing aluminium and scaring someone when it rings? Seems like too much of a stretch.

Aluminium was initially classified as a precious metal due to the difficulty of extracting it from ore. This changed in the 1880s.

I don't have any ideas for this one yet.

My guess would be

In the United States the 2$ bill is considered unlucky.

Money is usually in your pockets and people complain about not having much.

Coins are made of metal.

Daughters are known to spend their fathers' money.

As @Alconja states, I think it will be

Not sure, unlucky number is 13, but that is Weedle

Pokemon are sometimes called pocket monsters and monsters do scare

Some pokemon connected to metal?

In pokemon world adults and kids alike train them

Within a ball I make my lair

They are stored in pokeball

My wings are furled, a double pair

So we are looking for a winged pokemon. Double pair usually means insect type.

So my guess would be

Beedrill. It has double pair of wings and the drill fits the precious metals somehow.

EDIT: second set of hints has been revealed

A tree-named teacher does declare

All of the pokemon professors are named like trees

Of your sex, they're unaware

At the start of the game they ask you: "Are you a boy or a girl?"

A catalogue they have to spare

So that leads me to:

Assuming one of the 3 starter pokemon from first generation, only one of them has wings which is Charizard. It's number is 9 which is considered unlucky in Japanese culture (where pokemon come from)

Only thing I'm not getting is the line " With precious metals, my premiere"

(Just registered on this Stack Exchange site to post this, so don’t have enough rep to comment.)

In the Indigo League in Gold/Silver and HeartGold/SoulSilver, both Koga and his daughter Janine have a Crobat.

Pretty sure it's a

This is the one I'm least sure about. Is it a reference to the use of mobile phones in city squares during the last few years protests?

They contain a bunch of rare earth elements and precious metals.

5
Can your vision see?
15
Our Reply to Your Accusations- Who are we?
4
In your pocket for awhile
3
I can be your happiness or your misery. Who am I?
7
I am your enemy, hidden in your pleasures. Who am I?
10
The Pen and the Pocket
3
Can you guess who am I?