mathematics probability dice
Share
Improve this question
asked May 4, 2015 at 21:26 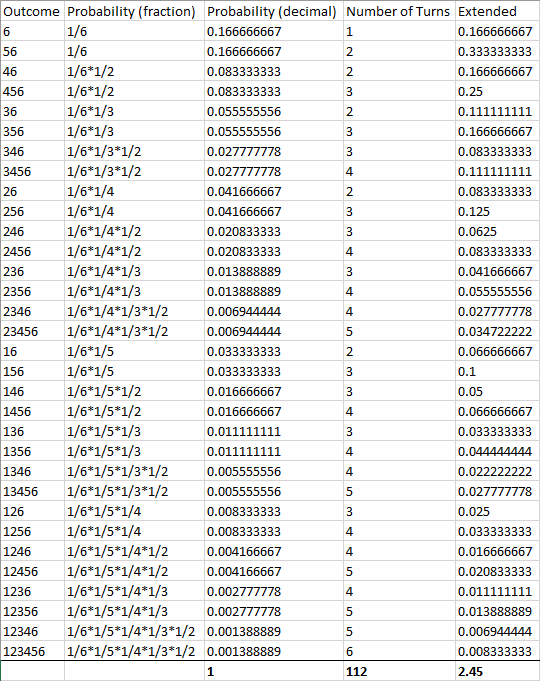 8
The tile-flipping game
15
The Sphinx's Dice
10
Nerves of Steel (a dice game)
14
The Good, the Bad and the Ugly
11
Deceptive dice game
9
Cheating aplenty at Build-a-Die 2017
1
This Dice Blackjack game - is there Nash equilibrium?
1
Another Unconventional Dice Blackjack game - is Nash equilibrium here?
20
A Short Dice Puzzle
4
A Short Dice Puzzle II