Beware: solving this riddle requires being technically fluent in both digital platforms described below (using them both is essential).

Even though Bootstrap doesn't propagate itself as being narrow-minded; when integrated into Drupal, ... it shows its true colors.

... it shows its three colors.

Typo (Again, sorry; I'm starting to use AZERTY, about which you can find out more on Wikipedia. It's ok to feel blue for me, since not many people use this.):

Node: a central or connecting point.

Answer (the French national flag included in Bootstrap on Drupal)

... Since not too many people seemed to be using the Bootstrap-module of Drupal here: ...

The "true colors" / "3 colors" / "tricolor", was trying to refer to a flag with 3 colors; which is also sometimes referred to as a triband. The references to a nationality were also in the "being more narrow-minded" than the "world-wide web".

The hint about a node, as "connecting the dots" of the riddle; referred to the editing of any node in Drupal (± a technical Drupal-term for article); which would have the shown the following composition (which has the minimum dimensions of ± 200 X 30 pixels):

This is exactly the French flag: 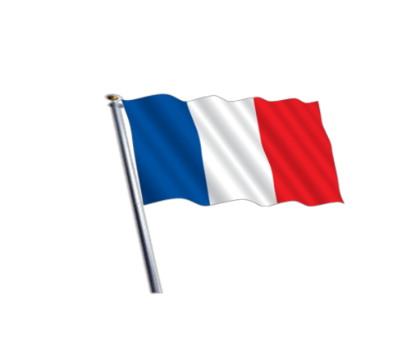 Notice also the reference to the Wikipedia page of AZERTY, which is mainly used in French-speaking countries. The country coloured blue (cf. OP) on the main image of that Wikipedia-entry is France: 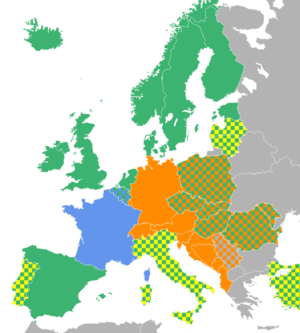 Not the answer you're looking for? Browse other questions tagged riddle visual computer-puzzle or ask your own question.

8
8-bit Lock and Key
10
Little bit of a code in binary :)
11
Countries of World - Three Blocs
4
A Bit Confusing Puzzle
6
Neither more, nor less
6
SwapTiles World Challenge
3
Perhaps I should go into pest control
8
The Web of Puzzles
18
This Nonogram seems a bit… off
12
Single Minded Riley