Here is a puzzle I've been trying to solve for a week, but I've not made any real progress. Some of the things I've tried I will include as spoilers.

The puzzle is from a competition which has just ended, but it will be a few months until solutions are released and I thought maybe the community here could help put my mind at rest by explaining the puzzle to me! 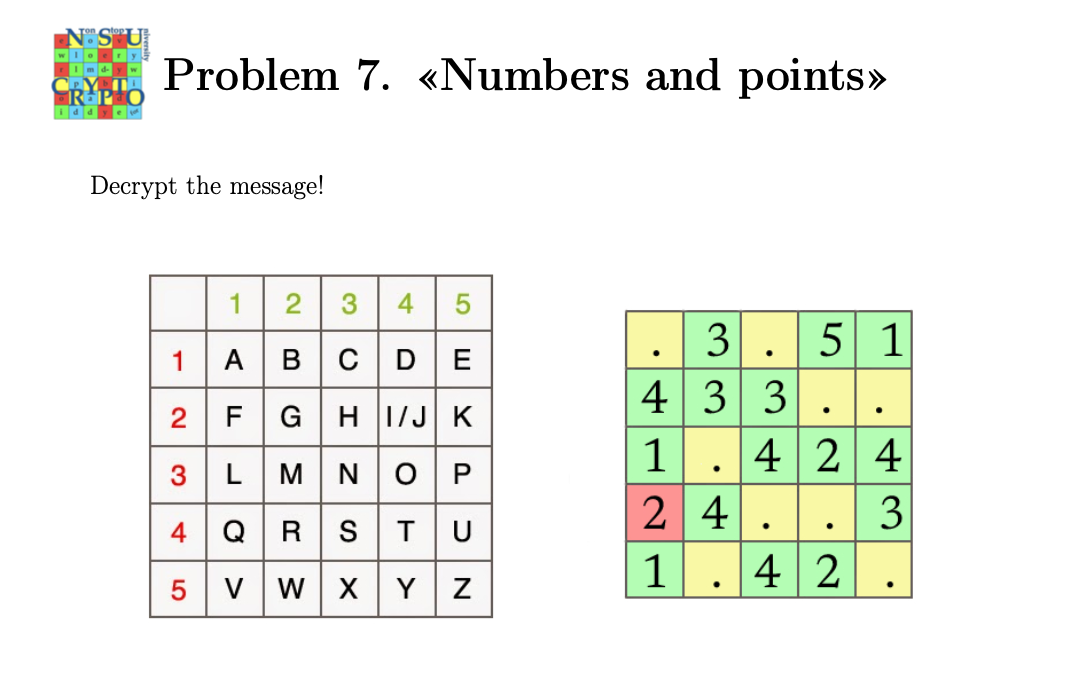 I wanted to try and draw a path in the grid which spelt a word. I hoped to find a path which covered the whole grid, but I couldn't find anything logical. The best I could do was to spell the word FRIEND by walking along the following path and then using the Polybius square to decode the message. 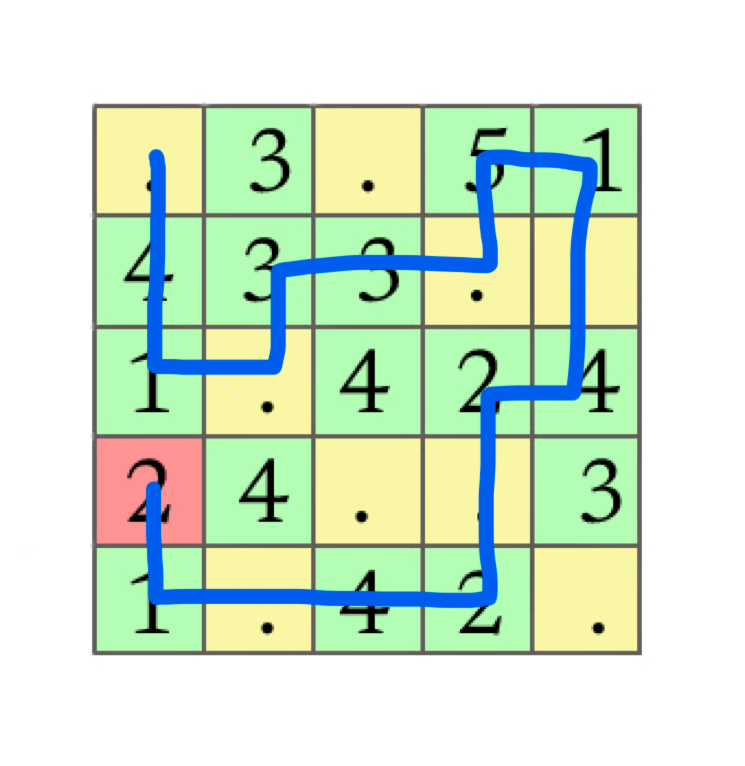 Context for the puzzle

Last week, there was a cryptography olympiad NSU Crypto. There are two rounds, one which is for individuals and lasts one day, and then a second round which lasts a week and can be played in teams.

This problem was problem one section A for the individual round, and then used again for the second round for the teams competition. You can download the original PDF of the challenge from the following link.

Seems like this puzzle has appeared once before, but was correctly locked, as it was posted during the competition... Similar question

I have been made aware of a hint which was uploaded recently.

For example, in one of them it was necessary to remember the cipher "polybius square" (the letter "C" is encoded as 13, the letter "R" as 42, etc.) and build a chain of letter code designations, moving sequentially around the square, starting with the selected cell and separating the letters with dots: 24.42. Will you continue? Source

This seems to suggest the logic of the path which spelt FRIEND was correct, but the path itself was wrong. Maybe through reuse of numbers you cross all nine dots and return to the red 2?

I was just emailed that the previous hint had a typo. It seems the solution I suggest above may in fact be the answer

16 tasks of varying complexity were offered to the participants. Among them are the problems of quantum computing in cryptography, the generation of keys for working with electronic money, the design of ciphers and new cryptographic protocols, the analysis of modern hash functions and, of course, fun tasks for ingenuity. For example, in one of them it was necessary to remember the cipher "Polybius's square" (the letter "C" is encoded as 13, the letter "R" as 42, etc.) and build a chain of letter codes, moving sequentially along the square, starting from selected cell and separating the letters with dots: 21.42. Continue? Source

Starting with 21 . 42 . is the same logic and path start as I used to derive FRIEND. However, maybe the path continues to say something longer than FRIEND.

Browse other questions tagged or ask your own question.

12
Batman and the grid
15
Welcome to the American Puzzling Championship!
8
How to solve a Vigenère cipher?
7
Is there a hidden message this old Polybius listing?
7
A hexagon cipher
4
A Coldport Christmas puzzle
32
CSE Hex Cube Puzzle
13
Maserlink - A Masyu-Slitherlink Hybrid
18
This escape room was terrible! Did I do something wrong?
11
→Triple Hokuro←