I found this peculiar TV in my grandfather's workshop: 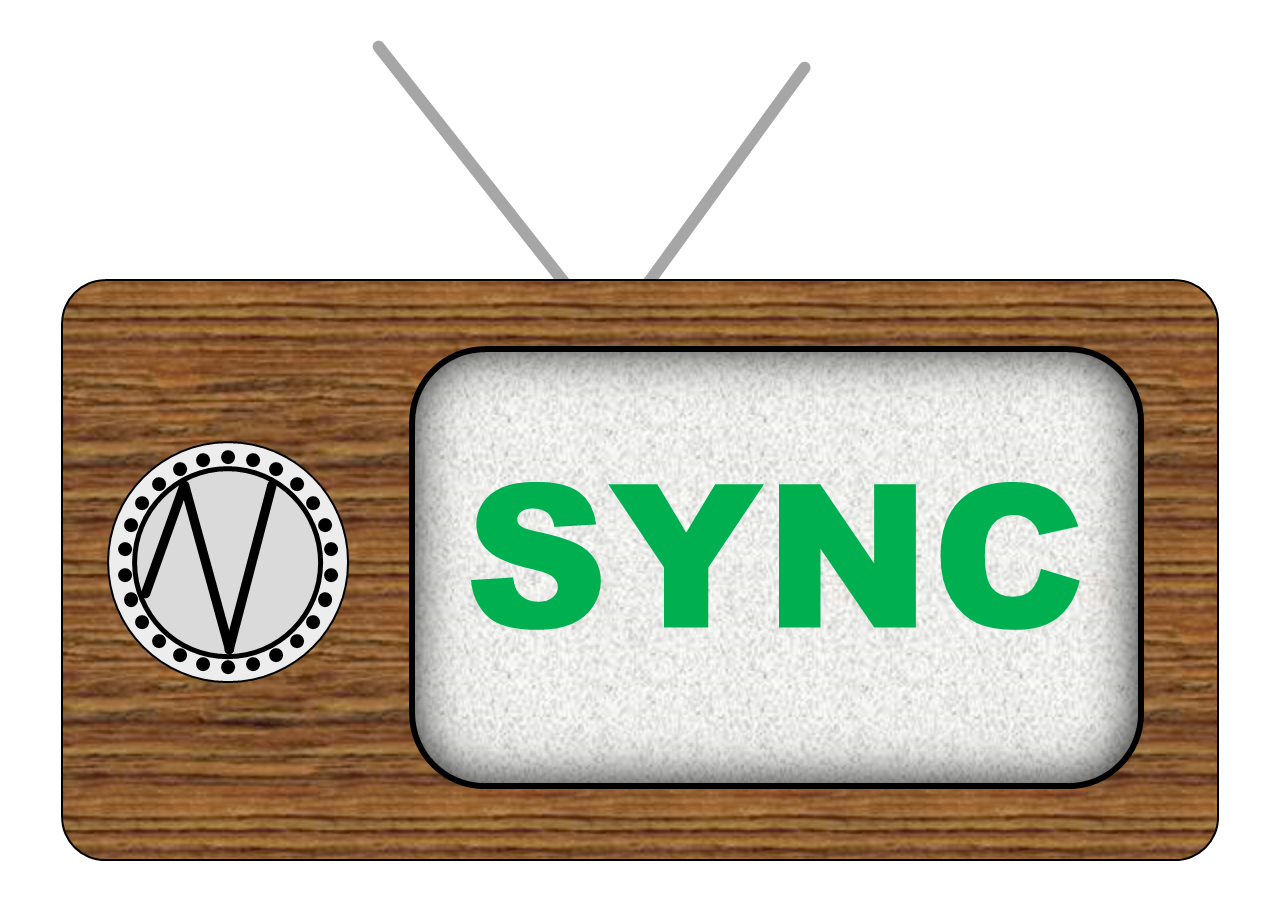 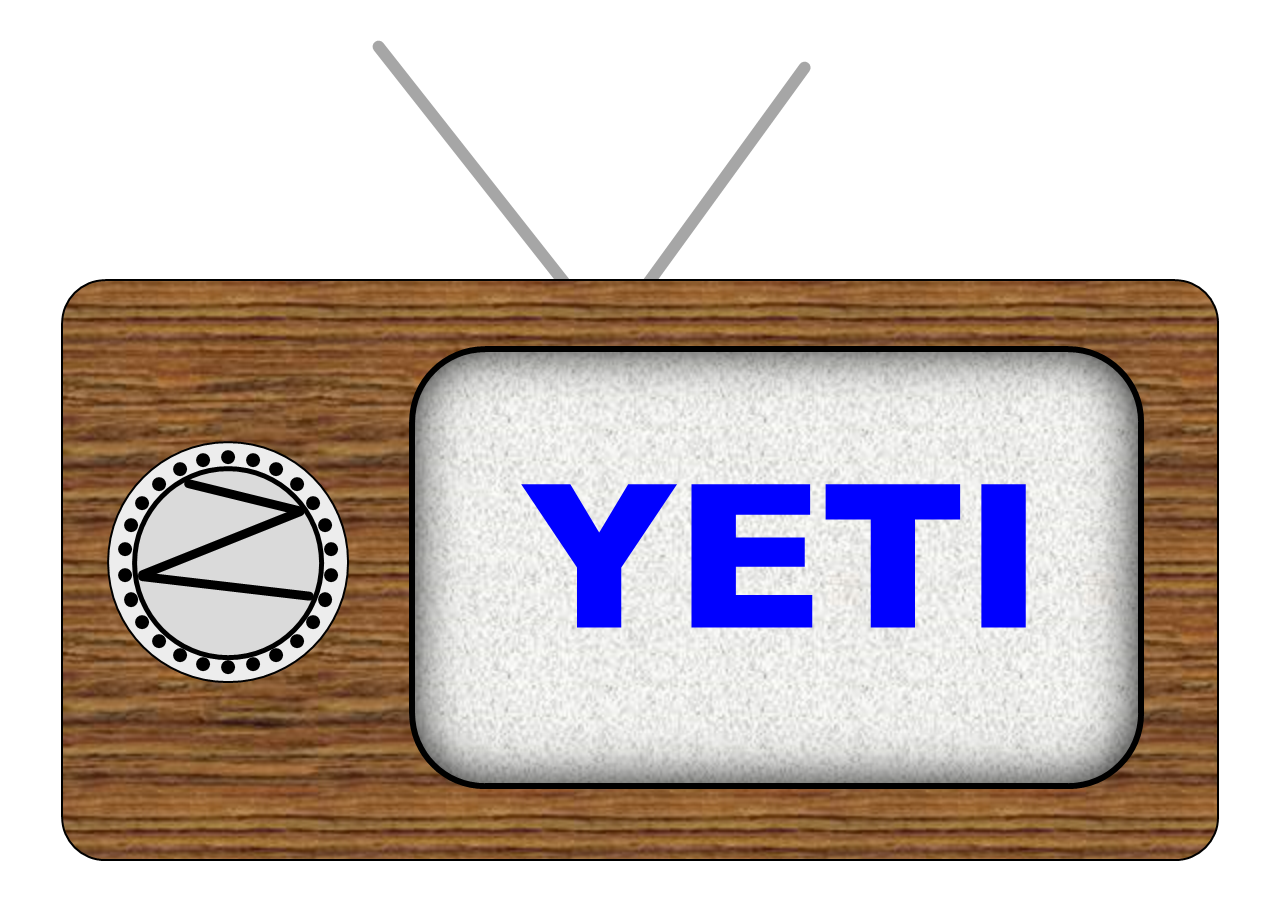 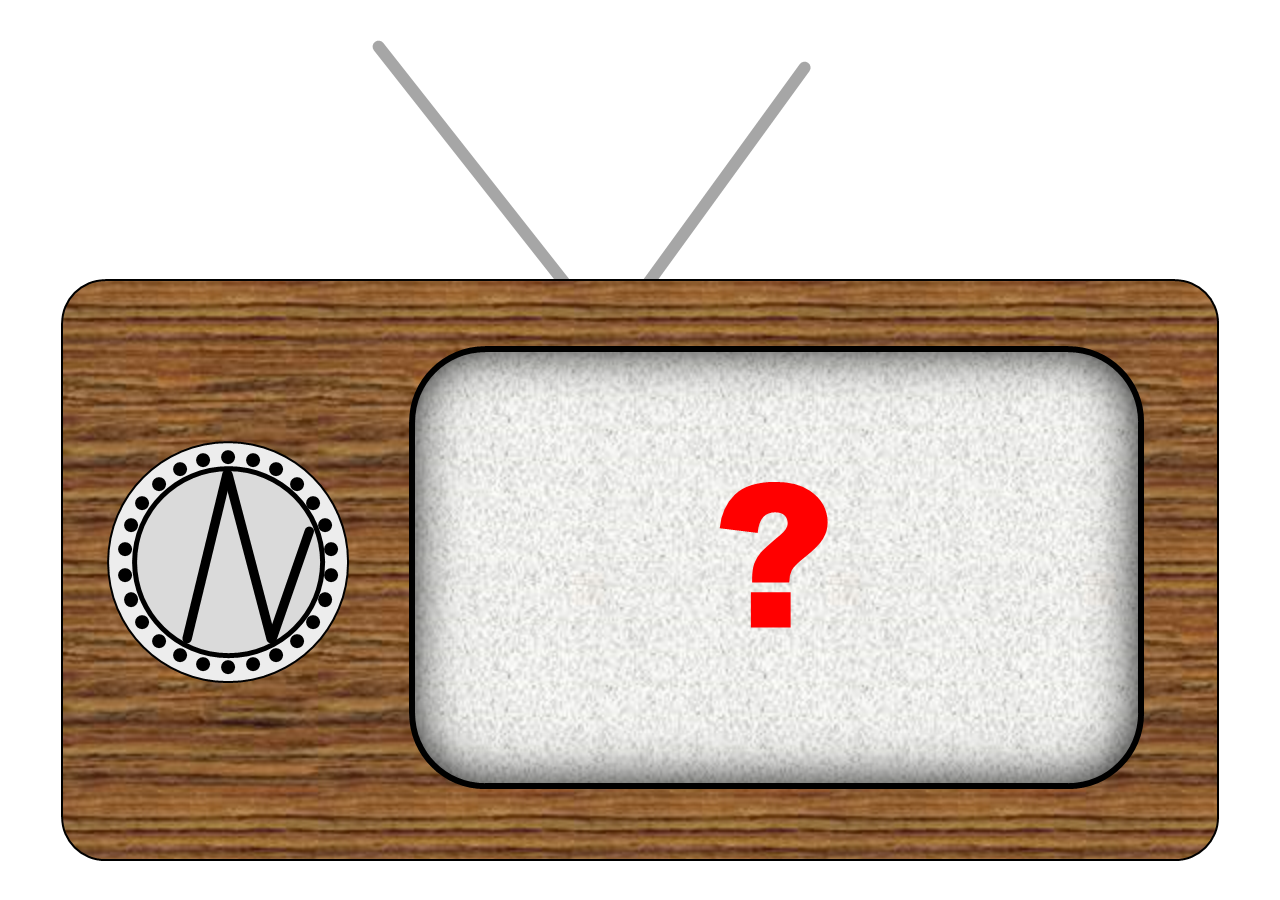 The third TV should say:

The lines on the dials represent the words on the TVs. There are 26 dots on the outsides of each of the dials, and they represent the letters A to Z, starting with A on the top and moving clockwise. The three lines in the center connect four different dots, each representing one letter. Starting at the shortest line each time, the four letters in connection order spell out the word on the TV, making the word on the third TV "FLAP".
(It should be noted that in each of the three images, the dial is only rotated, and not modified, meaning that the three words (SYNC, YETI, FLAP) are in fact Caesar shifts of each other. 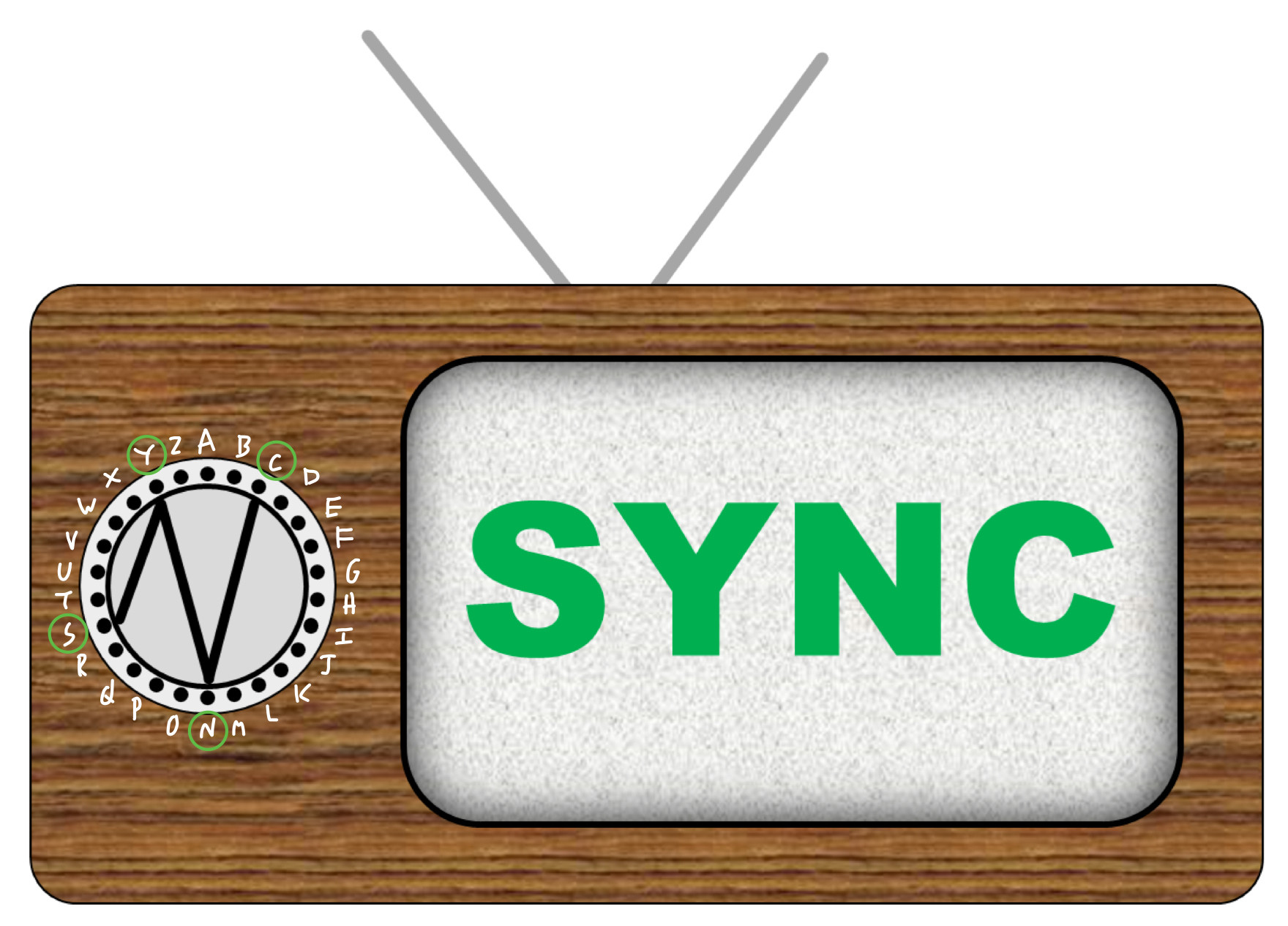 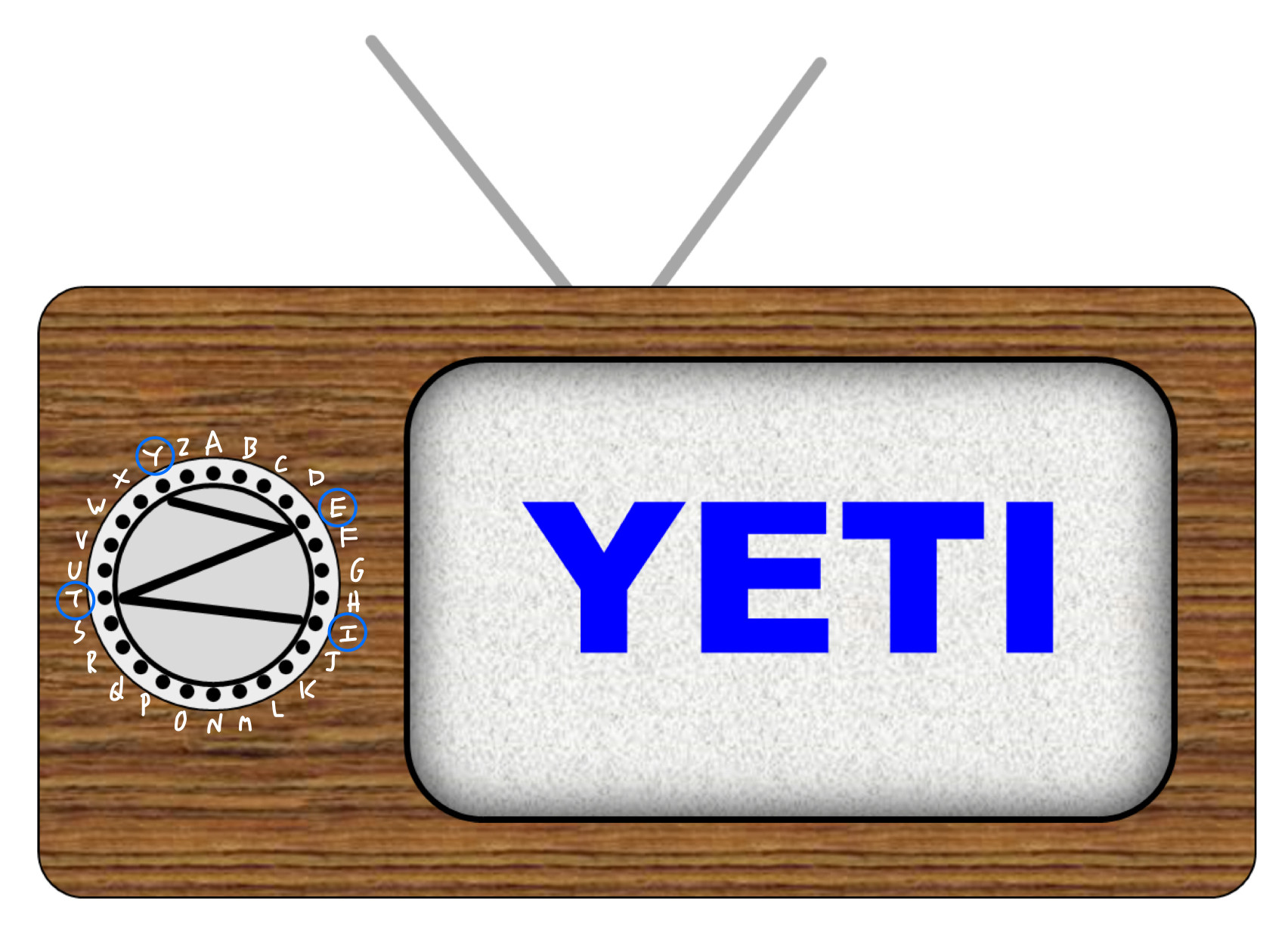 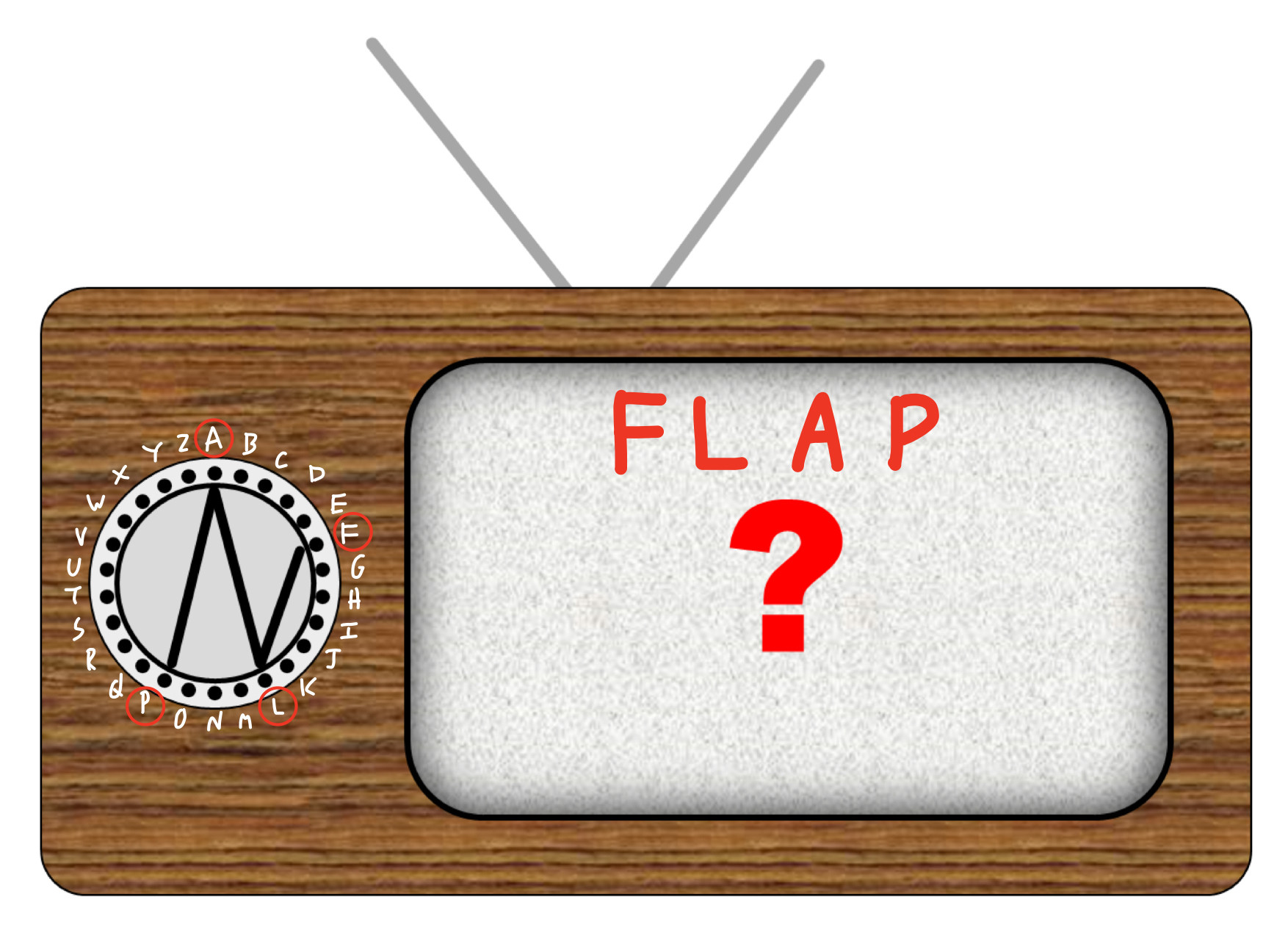