The answer to this puzzle consists of two 8-letter words which should explain what is going on with the title of this puzzle. 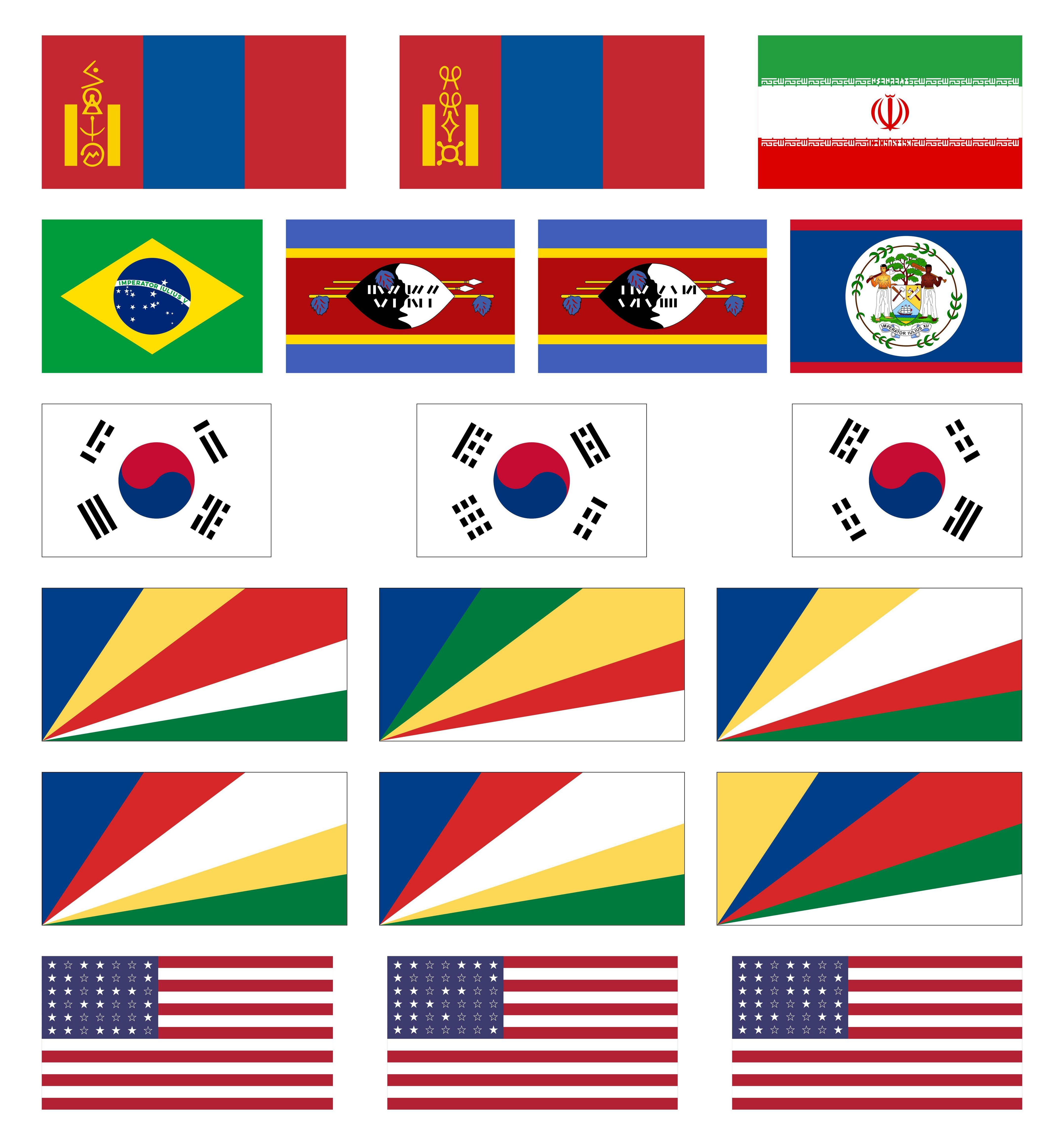 The two eight-letters words are:

MISSPELL FLEXIBLE, which the title does.

The eight national flags here have been subtly modified to encode something. Some encodings are more obvious than others. Let's start with:

The top left flag is the actual flag of the Seychelles. The other flags are permutations of the five colours. If we take the nth permutation in "lexicographic order" as the nth letter of the alphabet, we get ASCII Z.

These stars sure look strange. The six rows of seven stars each are binary numbers, where outlined stars are 0, filled stars are 1. The resulting numbers are ASCII codes of Yin Yang Alphalines a. (Spaces added for your reading convenience.)

That clearly means that we're headed to ...

I didn't know what to do here for quite some time until I found out that Yin Yang Alphalines is the name of a font that tries to emulate the trigraphs in the Korean flag.

Decoding the flags, I get Antiker Code G. That sounds like another fancy font. And we see a pattern emerging: Each hint has an extra letter. We have eight different flags and we are looking for two eight-letter words ...

The repeated writings of Allahu Akbar between the stripes of the flag are interrupted by writing in Antiker Code, an alphabet apparently popular with geocachers. The writing reads: Slash and Pipe Code W.

The bar motif in the shield has been changed to a slash-and-pipe code, which reads Futurama Alienese Z. On to ...

The golden symbols between the bars are symbols of the Futurama Alien alphabet. They spell Braille D.

Stars of equal size can be grouped to form Braille patterns, which read Morse S – the gestalt principles of similarity and of proximity at work, I guess. We're getting close, on to ...

The leaves of the somewhat naked wreath have two sizes, which can be interpreted as the dots and dashes of Morse code, which gives us Reorder G.

The extra letters of all countries spell ZAGWZDSG. There are two pieces of information we haven't used: The "Imperator Iulius V" and "XII" on the flags of Brazil and Belize and the instruction to "reorder".

"Imperator Iulius" refers to Caesar code, of course. Applying a Caesar shift of 12 yields LMSILPES, which can be reordered to MISSPELL. A Caesar shift of 5 yields EFLBEIXL, an anagram of FLEXIBLE.

Credit where it's due:

Stiv found what to do in Brazil and Belize and the first word; Braegh found the second word and the connection to the title.