This puzzle is part of the Monthly Topic Challenge #2: IQ Puzzle Parody

People keep asking me if there's anything between me and my good friend Ingrid Deduction... Well, it's... complicated... We go back a long way, and maybe at one point something could have happened between us, but there was one occasion when we were teenagers that probably put the kibosh on that for a long time. Seeing all these IQ puzzles on the site recently has rather brought it all back, so perhaps now is the right time to share...

It was the night of our high school prom, and I turned up at Ingrid's house to be met by her stepfather, the Reverend Richard Spusling. I knew from the off that he wasn't keen on me, and while Ingrid's mother was helping her with last-minute preparations, Rev R. Spusling took me to one side and handed me a sheet of paper, on which was the following IQ-test puzzle: 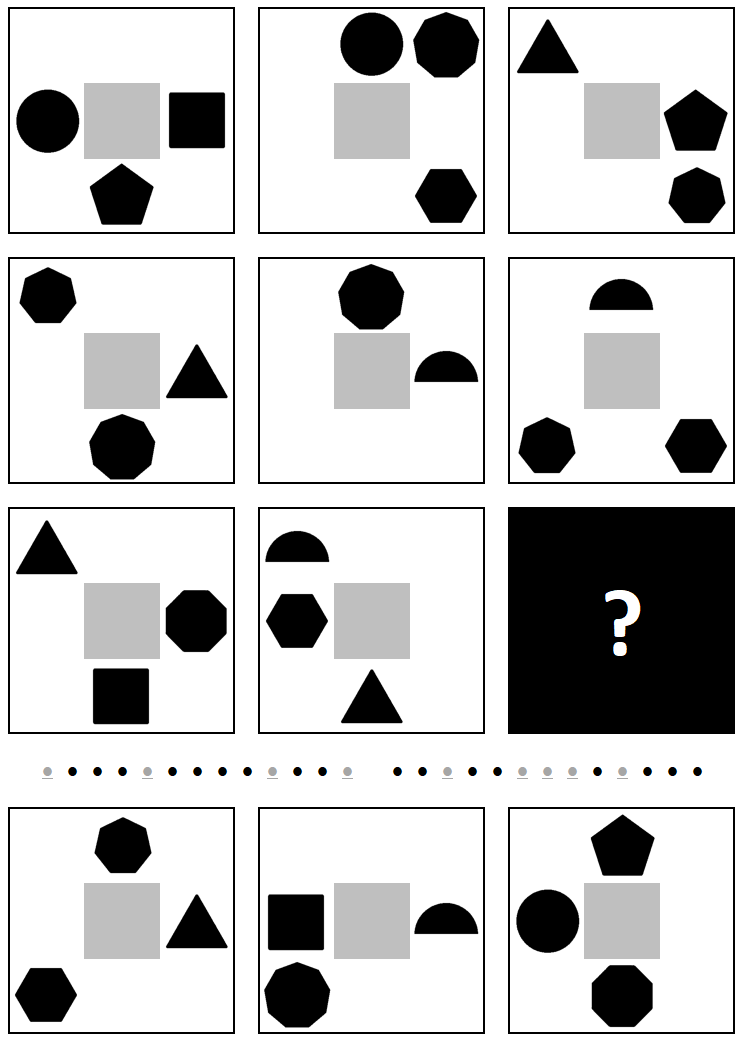 "I need you to prove you're worthy of dating my daughter," he told me. "I also need a name and two numbers."

Well, the second part was easy - I wrote down my name as requested, and provided my mobile number and my parents' home phone number. Then I looked at the puzzle, and I had no idea what to do. So I just took a leap of faith and picked one of the three options at random.

The Reverend looked at me gravely and said, "You got lucky on the puzzle option, but the name and numbers are wrong."

What? That was the part I thought I got right! Then he kicked me out of the house, and I went to the prom alone. Ingrid never came; I heard she and her stepdad had a bit of a fight that night (and there was weeping and gnashing of teeth)...

So I'm turning to you to help me banish my demons. How should I have solved the Reverend's puzzle?

TASK: Deduce (with explanation) which of the three given options should replace the question mark. Then work out the name and two numbers I should have given to the Reverend.

It's a sudoku. (As hinted by the similar sounding "pseudo-IQ" in the title.)

Each black shape's number of sides is the value to be placed in each cell. 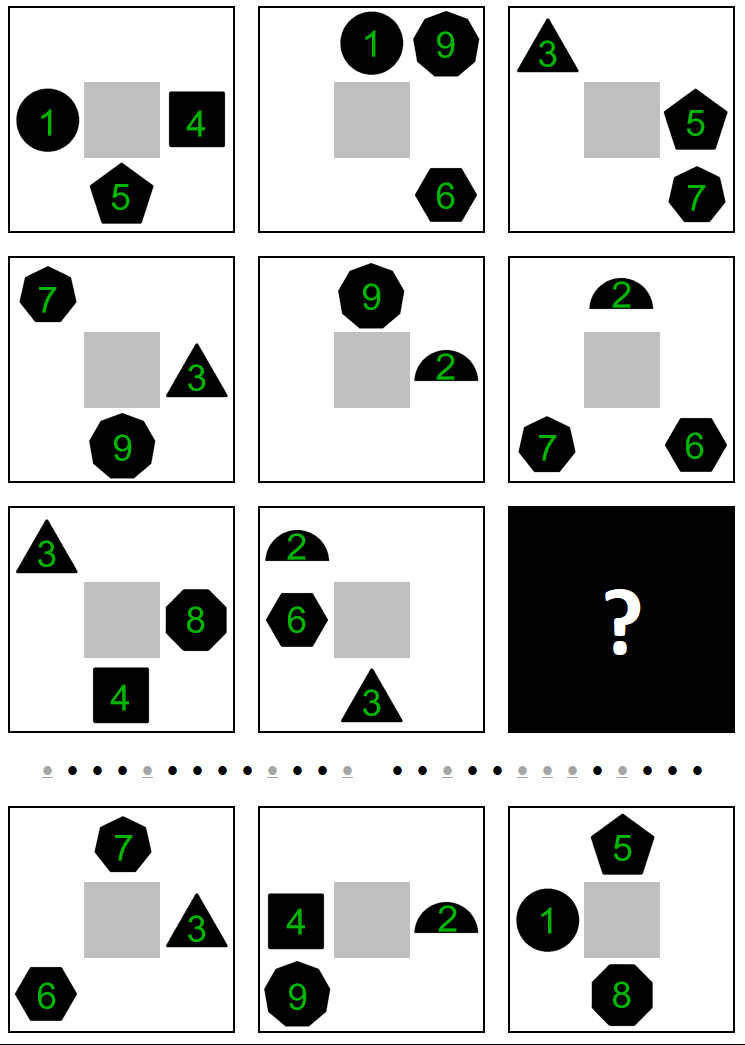 The three options at the bottom present us with three ways to initialize the bottom right 3x3 box of the sudoku puzzle.

Those correspond to the following three sudoku boards:
Option A: 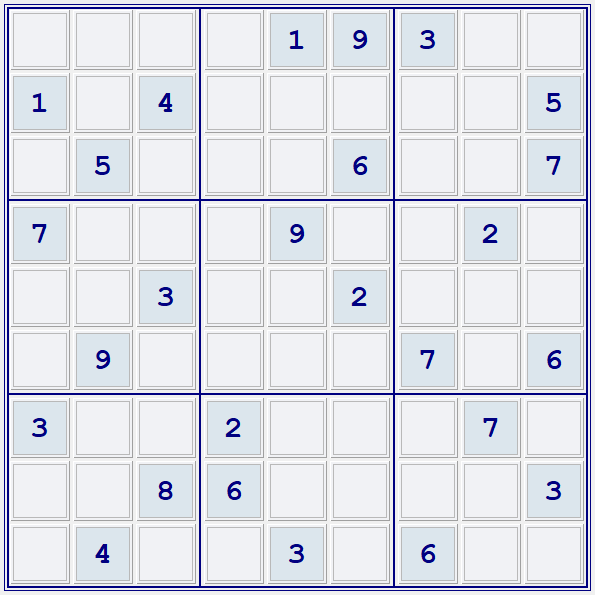 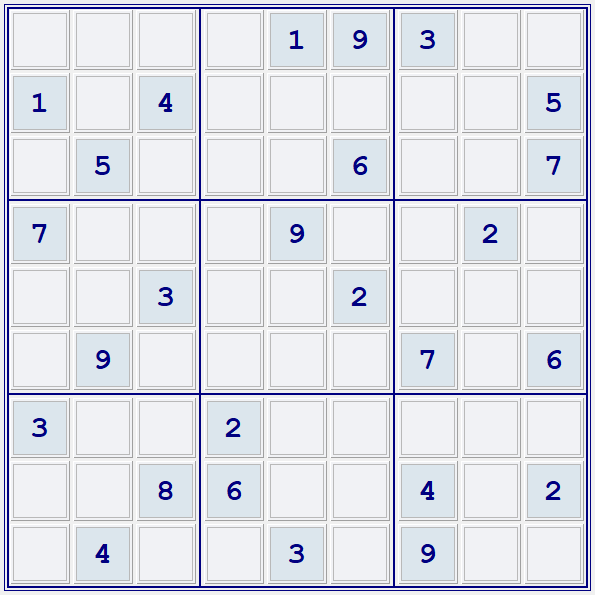 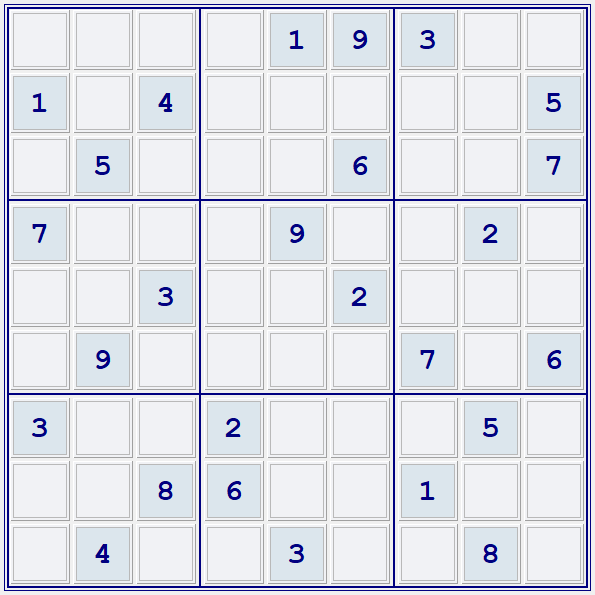 Option A produces an asymmetric puzzle; one with more than one valid solution. 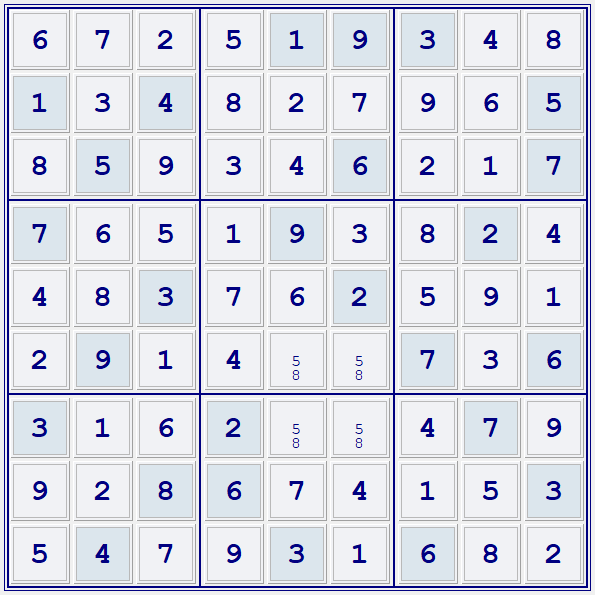 Option B produces an inconsistent puzzle; one that already contains a logical error for which there can be no legal solution. 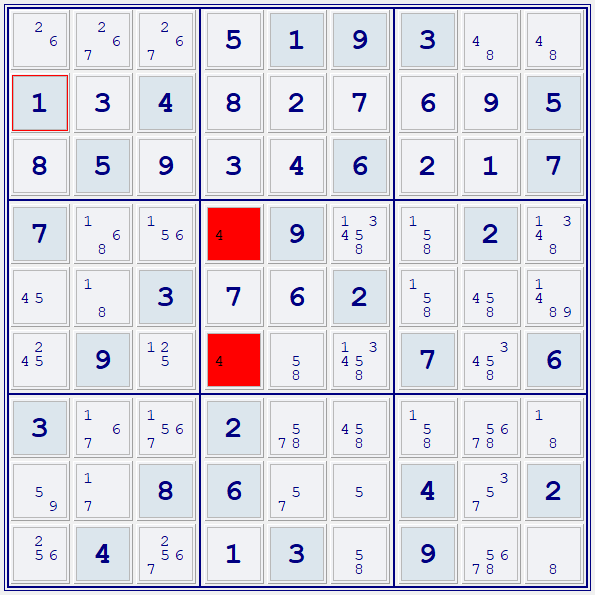 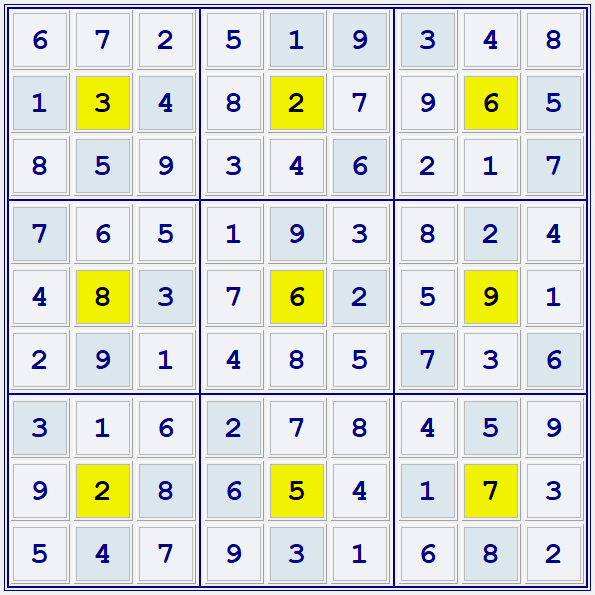 If you solve the sudoku using option C and take the values of the center of each 3x3 box, as indicated by the grey shaded boxes, this becomes cyphered text.
3 2 6
8 6 9
2 5 7

The 26 dots below the puzzle are the cypher key. The dots are the letters of the alphabet, and 9 are differently coloured which are naturally used in order as the numbers 1 - 9.

This is a famous passage in the Bible at John 11:35. (A quick web search can be used to locate the chapter and verse, if you're not familiar.)

The right-most option (C) should be selected to replace the question mark. The name is John, and the two numbers are 11 and 35.

"there was weeping". There are enough biblical references in the text to suggest that the "name and two numbers" refers to a particular verse. This particular clue alone is enough to short-circuit the entire puzzle as the relevant passage is so strongly associated with "weeping".

5
What are they trying to solve?
23
This puzzle design was a DISASTER!
20
Away from the hub
6
Find the Girlfriend
10
Reverse Puzzling - Curious Chess
24
This new puzzle type needs a name {6}
16
Ingrid Deduction pops by with a puzzle
4
Another Nutakapa
14
PSE Advent Calendar 2021 (Day 4): Decorating with Ingrid Deduction
11
PSE Advent Calendar 2021 (Day 19): Santa's Dilemma