There are 47 words/phrases hidden in this grid, Boggle-style. (This means that adjacent letters in the word/phrase must be adjacent in the grid, including diagonally, but the word/phrase as a whole need not be in a straight line; and that a single instance of a letter in the grid cannot be used twice in the same word/phrase.) As in Boggle, I've included a U in the Q square: wherever a Q appears in one of the words/phrases, it will be followed by that U. The words/phrases hidden comprise a complete set (as of this writing). 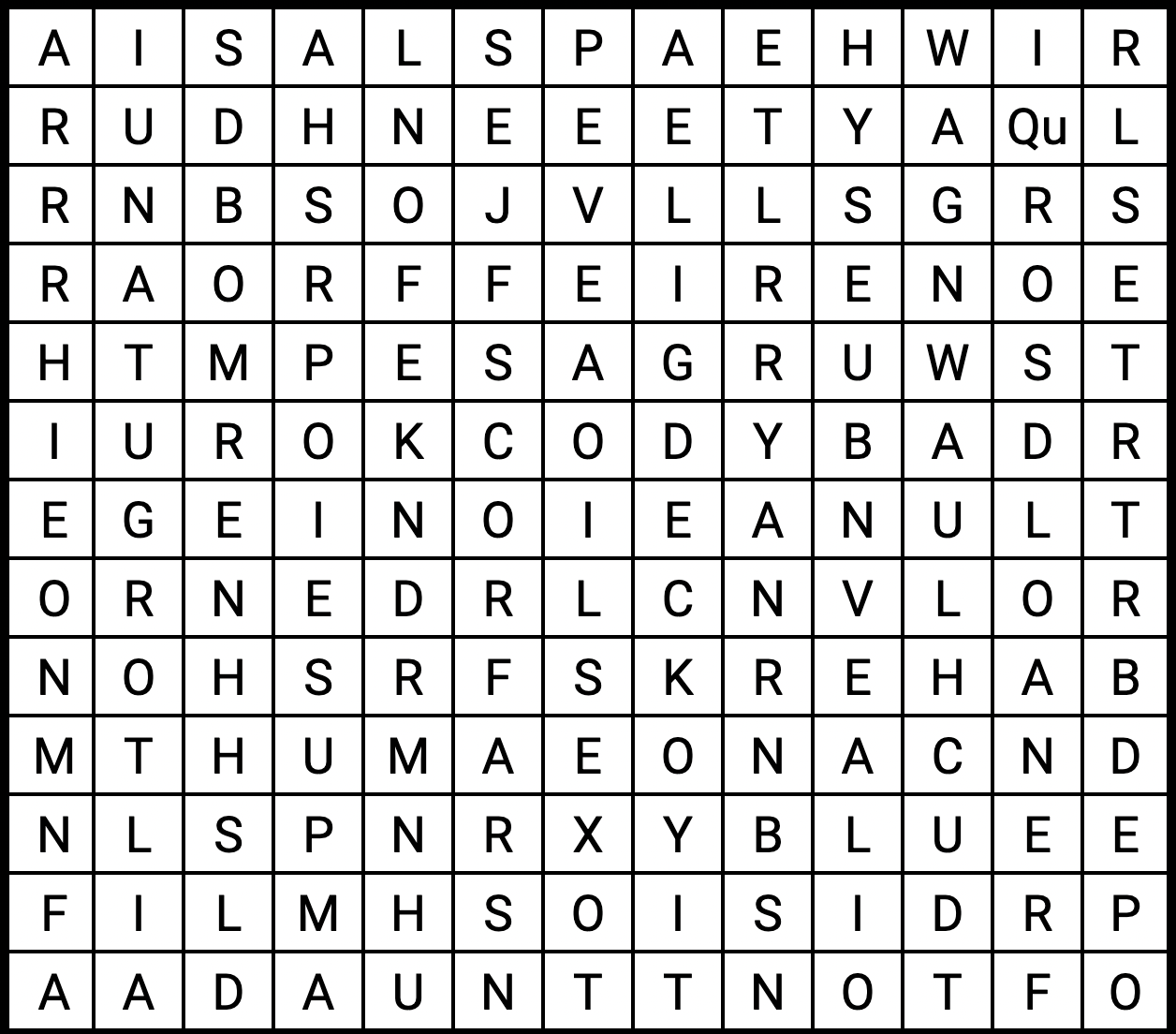 This one had me going round the houses for a while. After several dead ends, I finally spotted that within the grid were concealed the names of...

But knowing that there are supposed to be 47 entries in the grid, this gives us an obvious problem:

There have only been 46 US Presidents to date! (Counting Grover Cleveland's two non-concurrent terms separately, as is convention...)

However, these names also have a second thing in common - in addition to the above, they have also all been...

Vice-Presidents of the USA! And as can be seen from Wikipedia there have been 49 of these to date. A quick inspection reveals that three of these were called 'Johnson', which leaves us with 47 unique names as required - perfect fodder for this Boggle grid!

The answers can all be found as follows:

Note that there are some ambiguities here - more than one way to path out particular words, and a couple of ways to do 'Gore' in different parts of the grid (start at the G halfway down column 2 to find another...) - but this diagram shows the ways that I initially found them while solving...

Finally, if we highlight all cells used in our 47 thematic words, the leftover letters spell out a thematic phrase...

However, at this point we need to resolve some of the ambiguities to find the intended answer. Objectively, all cells shaded dark grey here are definitely used, and those that are shaded light grey may be used but are ambiguous: 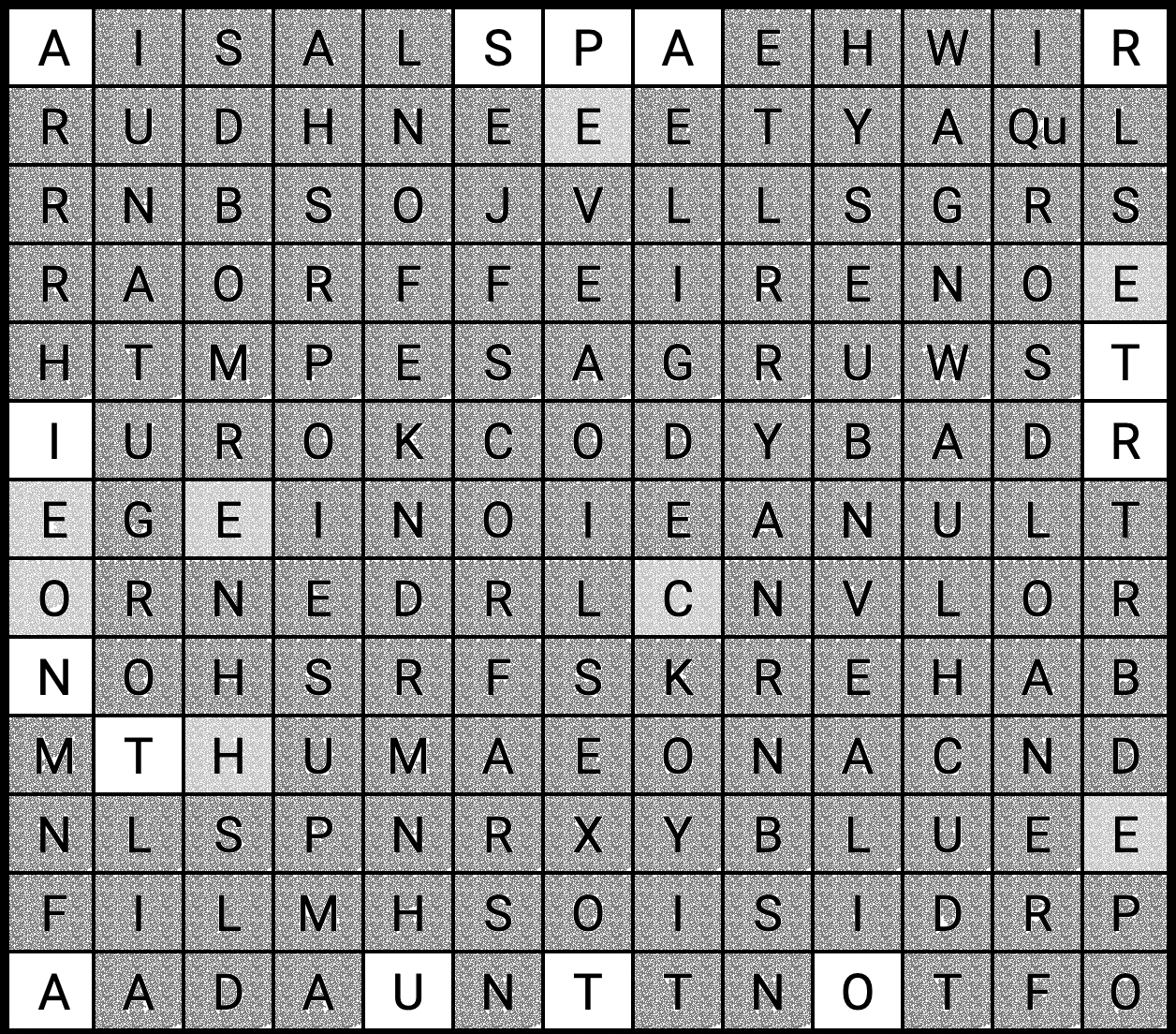 To find the hidden phrase, let's make sure a few of our entries appear in particular places: 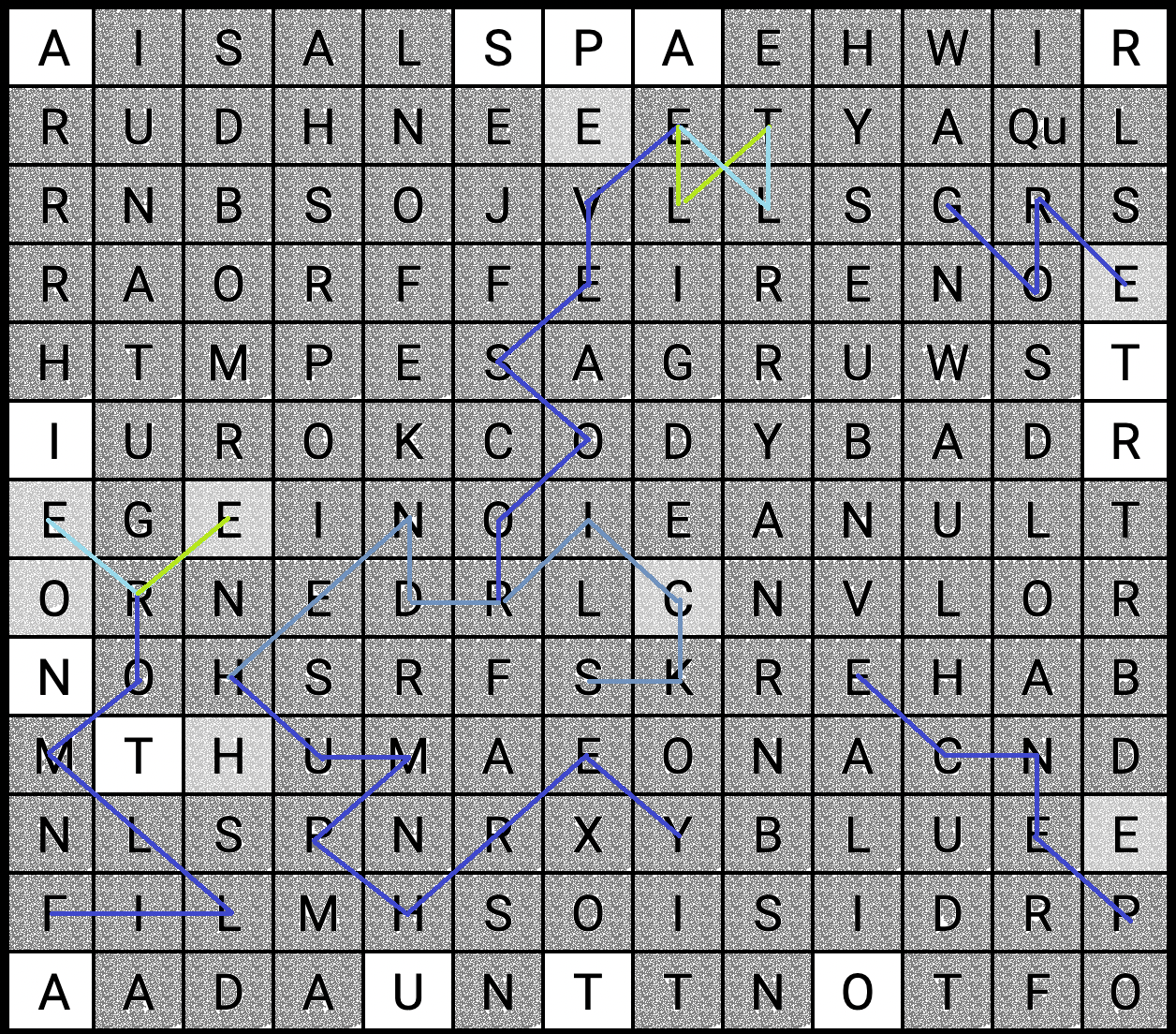 Here:
- Gore appears top-right (not on the left-hand-side, as we need to use that 'O');
- Hendricks is spelled moving southeast from the 'I' rather than northwest;
- Humphrey is spelled using the topmost of the two 'H's;
- Pence is spelled using the leftmost of the two 'E's;
- Roosevelt can be spelled one of two ways, as long as the rightmost 'E' is used;
- Fillmore remains ambiguous and can use either of two E's (the other will remain unshaded).

Once these considerations are taken into account, the leftover letters spell A SPARE TIRE ON THE AUTO - an appropriate description for the role of Vice-President!

A spare tyre/tire is known as a 'Stepney' in some parts of the world, with its origins in Wales in 1904.