The Oracle has been sending me some weird texts lately. It started a couple days ago and the last one came in this morning. I'm not sure what to do. I'm sure it's a puzzle of some sort but how am I supposed to solve it? 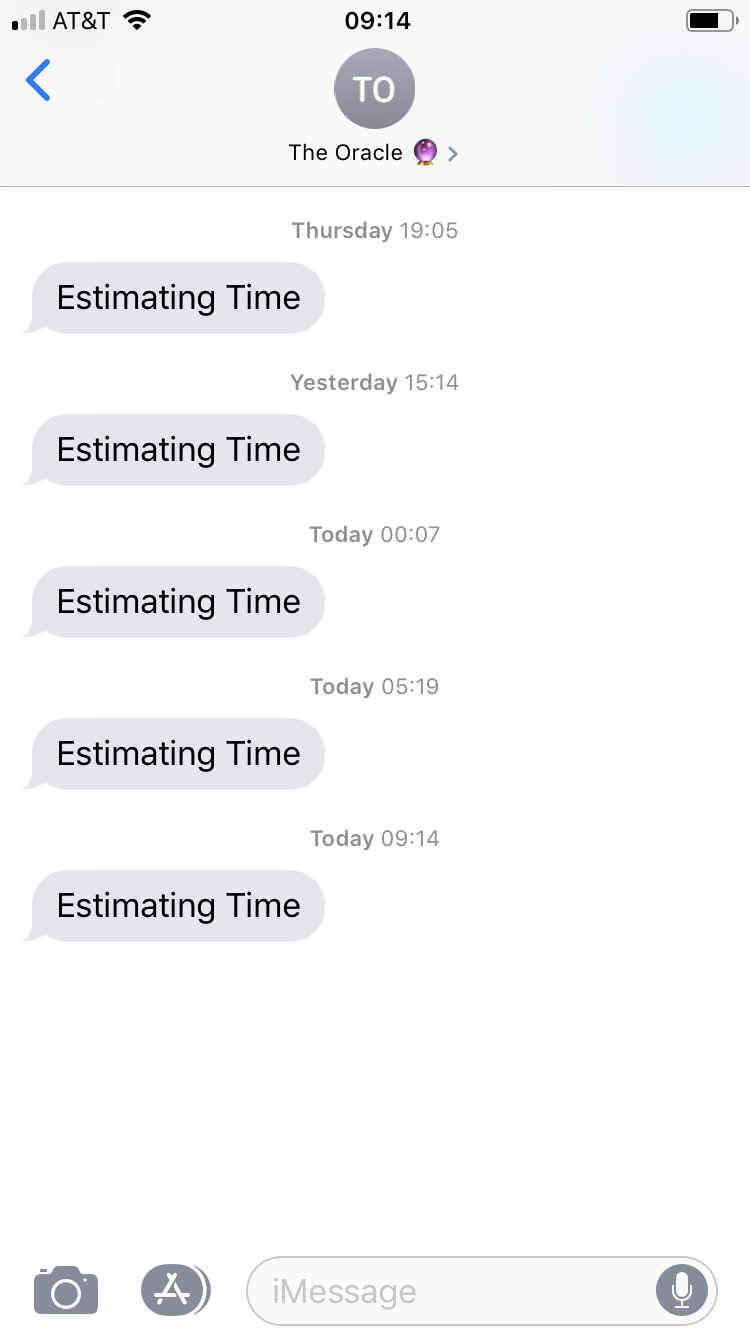 There is information missing that needs to be filled in.

Though I haven't been able to solve the puzzle so far, here are my current thoughts. If anyone could build upon this, that would be encouraged!

the key to this puzzle lies in the times at which the Oracle sends its mysterious messages. We also notice that the minutes part of each time is less than or equal to 26, so we can use the A1:Z26 substitution to transform each number into a letter, as follows.
SE
ON
G leaving a space for "00"
ES
IN

there are some sequences of letters that could be relevant -- in particular, putting ES and TI together we get the first four letters of the word estimating, and putting IN and the lone G together, we get the last three letters.

this is where we get stuck. What function do the other letters serve? Where does the cipher tag come in, beyond A1:Z26? Was taking numbers modulo 26, or even using A1:Z26, the right approach?

This looks like an intriguing puzzle -- can't wait to see it solved!

Taking the A1:Z26 sequence from before,
SE
ON
G
ES
IN
we can add letters to the end of each line (hence "filling in information") to complete the solution:
SEC
OND
GU
ESS
ING
This gives SECOND GUESSING, which not only is another way of saying "estimating time", but also what this puzzle made me do the entire way.

EDIT 2:
As Cap noted in the comments,