Cut a square piece of paper

You are given a square piece of paper shown below: 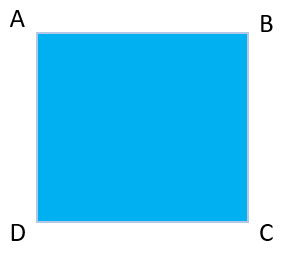 Can you cut this paper in a way that:

All distances are measured along the surface of the paper. All four corners of the paper must be preserved during the process. Of course you don't need to actually do it with a real paper, you can just show a drawing of how to do it.

This is probably not exactly what you intended, but here is a way to make each of the three paths AB, AC, AD any length you like. 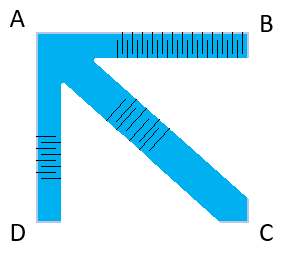 The paths are constrained to rectangular strips by cutting away two large triangles. You don't have to cut off and remove those triangles completely, but I have done so to make the picture clearer.
On each strip, make perpendicular cuts from alternate sides. The more you make, the longer the path is. In this way each path can be lengthened by any amount you like, so you can put the path lengths to any ratio.

Here is a solution with fewer cuts: 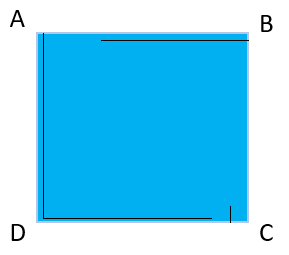 There is no cut between A and D, since AD is going to be the shortest of the three paths. That path remains a straight line the length of the square's side.
There is a cut going from a point just to the right of A down towards D and then right towards C. This constrains the AC path to go along the outside edges of the square. Unfortunately this is not quite enough to make it twice as long as AD (except in the limit), so I'll make another small cut next to C to make path AC exactly twice AD.
The path AB goes around nearly three sides, and to lengthen it to four times AD we can use a third cut, horizontal just below B, to lengthen the path without affecting AD or AC.

"All four corners must be preserved" - I took to mean I could cut the four corners and not have them be in the original location.

10
Ernie and the Geometric Ginger Cookies
19
Ernie and the Cake Cutting
6
Bearing due, due and back
9
What is the area of the Pokémon Moon logo?
3
PFG: A pretty spiral!
2
$\verb|Eight Circles|$
13
Ernie and the Superconducting Boxes
25
The "Loop of rope" dilemma
36
Can you refold a hyper plus sign into a cube?
13
Turn two cubes into one!