I'm looking for a two-word phrase. One of the words starts with C and contain eleven letters ;). The other one is up to you to figure out. Good luck! 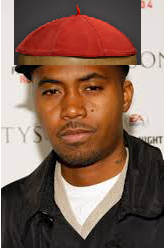 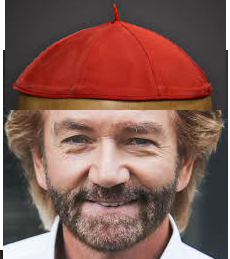 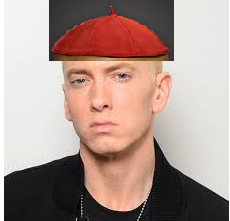 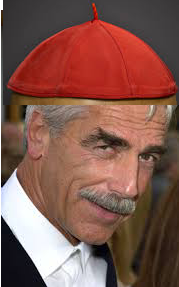 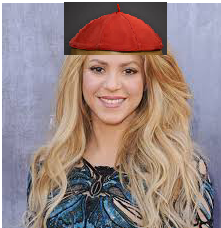 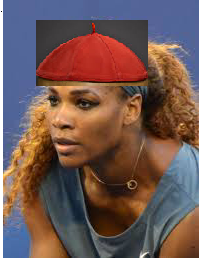 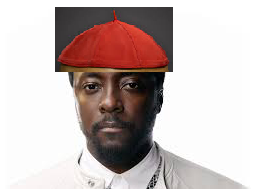 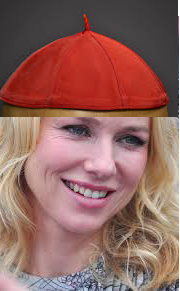 ...each celebrity here is wearing a cardinal's hat...

...and we can identify them all as follows:

We can immediately notice that...

...all of their initials are cardinal directions (the points on a compass).

Looking now at the letter arrangements below the images...

If for each grid we take the letter in the same 'compass position' as the cardinal direction of the corresponding celebrity (treating both as lists in the same order), we acquire the letters C - A - R - D - I - N - A - L i.e. we spell out the word 'CARDINAL' itself!

So what is the final two-word answer?

Well, it's possible that the 11-letter word beginning with 'C' is 'cardinality', but since we have deduced the word 'CARDINAL' in its entirety, it makes sense that that one was the one we had to 'figure out'. In which case, making sense of the modified images and the property shared by their initials, the phrase could be CARDINAL CELEBRITIES!

The significance of the puzzle's title is also clear:

'Different ways' suggests the different directions seen on a compass and evident in the celebrities' initials.

8
A Different Kind of Treasure Hunt
3
Teapot Riddle no.27
14
PEBMSRMEE (all four)
5
A heavenly puzzle
8
A Deceitful Rebus
3
Made for three only
12
It starts with O
3
ltrb is the way to go
9
They're all OURS (GHI)