Shortly after Cueball dodged a bullet, he receives an e-mail from Megan. To his misfortune, the topic is once again Star Wars...

I know you love puzzles and I just got word you're also a Star Wars fan, so guess what I've prepared for you ;) This (imprecise) lightsaber clock hides the name of my favorite Star Wars character. Tell me who it is so I know you're not lying about all this :P 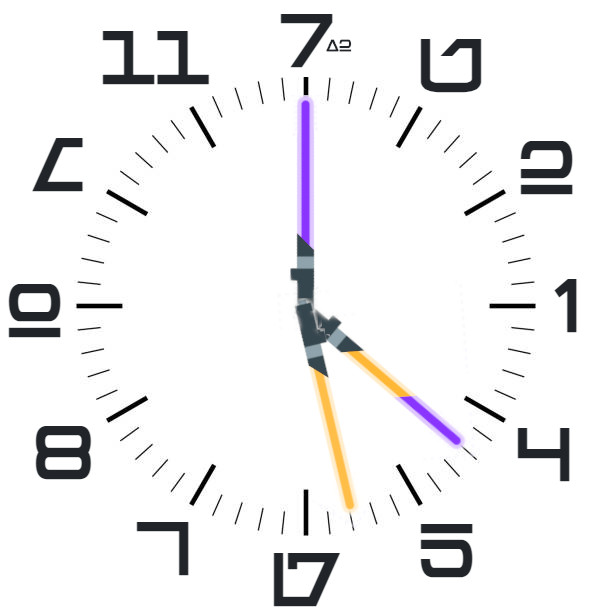 Cueball does not want to face the horrible consequences of admitting he has never seen Star Wars. Can you help him solve Megan's puzzle and make him look like a Star Wars fan

It might not look like it, but there are 3 steps in this puzzle, so partial answers are welcome.

The first thing to notice is that

Taking them lowercase brings us to the following imgur link depicting the galaxy map of Star Wars. 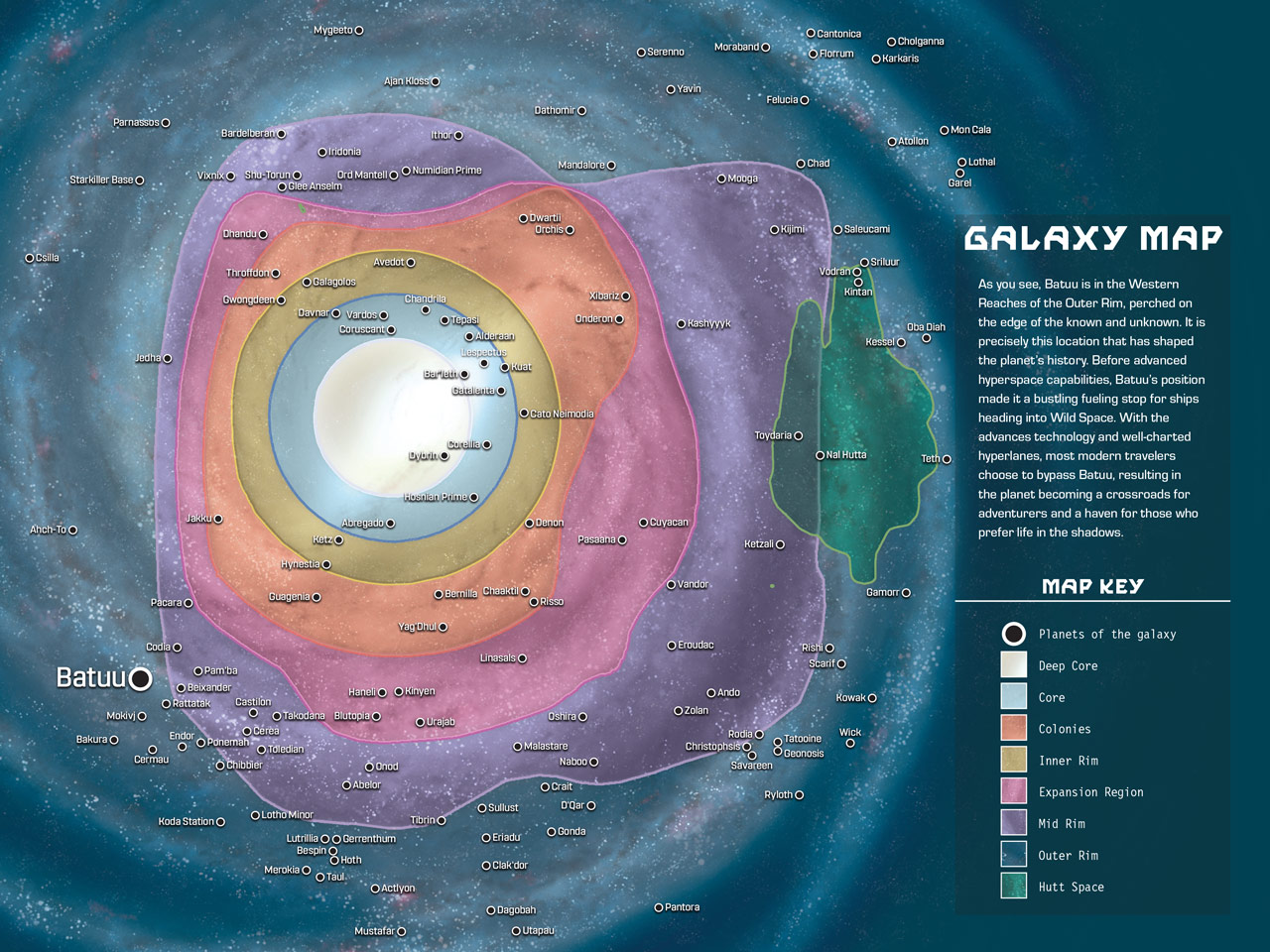 Now, we can overlay the clock with the center of the deep core of the galaxy like this 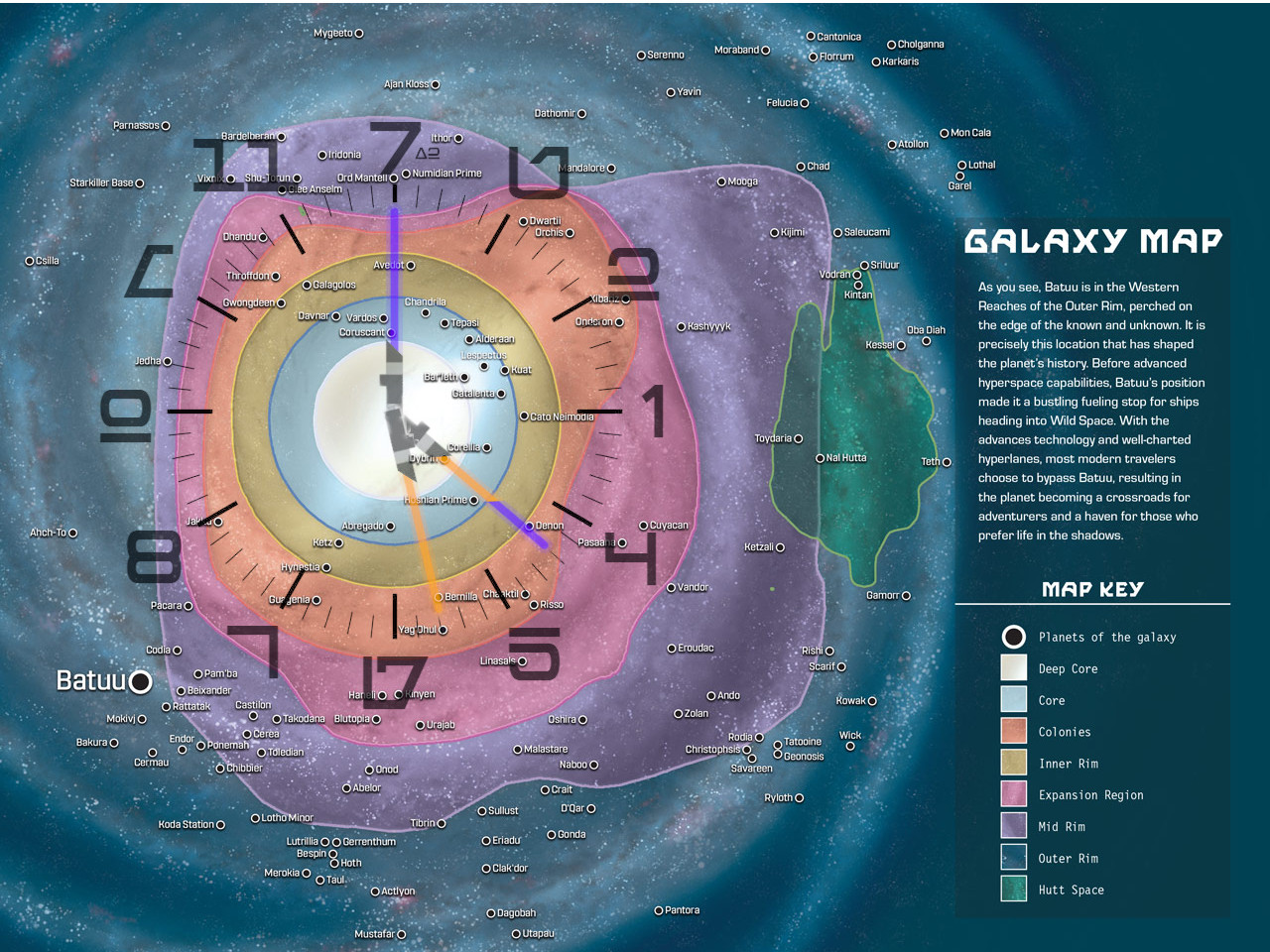 9
Second star to the right and straight on 'til morning
16
Not everywhere seen
12
The Dice Star Strikes Back
4
The Perfect Star
11
Can you find $\star$
4
Always $\&$ Never
8
Color Star (Semi - Instructionless Sum - Star)
24
Never Completed Game - Difficult Riddle
11
Never mind... Just go AFAYC
7
Feels like you have seen this many times